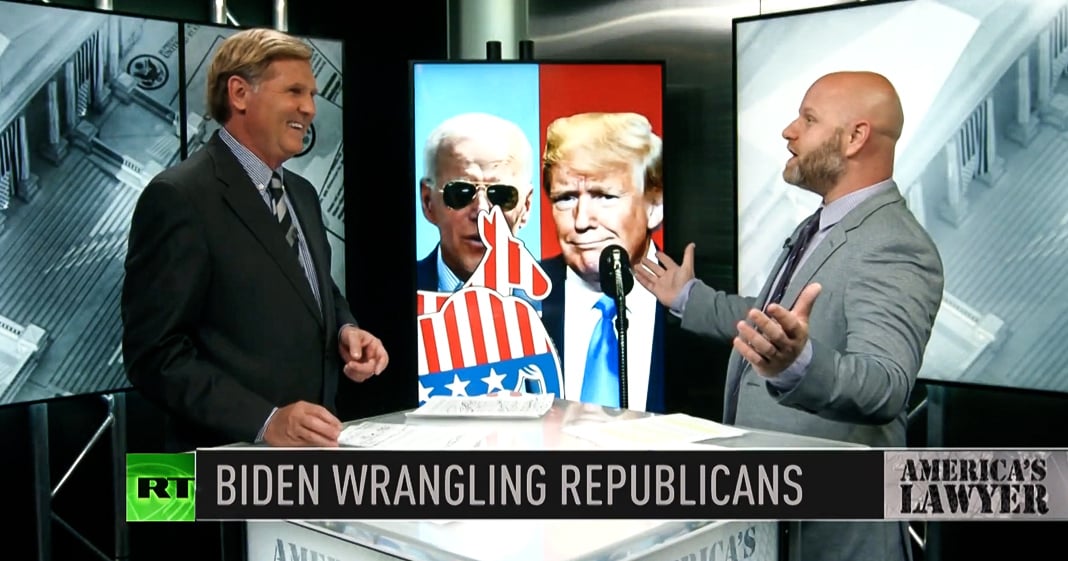 Farron Cousins: Well we’ve had reports for months at this point that Joe Biden’s meeting with Republicans and he even at one point jokingly, maybe jokingly, said he’d consider a Republican running mate. But what you have right now is you have a bunch of these so-called never Trump Republicans that have Biden’s ear. These are prominent people. You got your Bill Kristol’s, your Steve Schmidt’s, all of these big time Republican players who found themselves without a home after Trump took over because he kicked, basically kicked them out. And so now they’re going to Biden and saying, well hey, why don’t we be Republicans for Biden? Why don’t we help you? But it’s, it’s not just that they hate Trump. What this team of rivals is is let’s make sure nothing changes. Things are good for us right now. They’re good for Democrats, they’re good for Republicans, they’re good for corporations. We got to keep it the way it is without helping anybody, really.

Mike Papantonio: Here’s, and here’s why. If the Democrats don’t do something very soon, first thing, get rid of this, this character.

Mike Papantonio: Get rid of him. Find a candidate that doesn’t bring his baggage. Okay. Second thing that you do is you change your, you change your message. Like we just talked about the messages that they’re, they think are working. The hate, the counting on media, counting celebrity slosh. It doesn’t work. You know the idea that Trump caused the coronavirus, it doesn’t work. 45% approval rating today.

Mike Papantonio: Bill Clinton is the first person that changed the face. I mean, really changed the face of the democratic party and he said, what we have to do is we have to embrace wall street. We have to embrace the US chamber of commerce. We have to embrace all of these entities that take away the rights of consumers. They pollute. They make products that kill people. That, you know, that’s wall street. They, they take pension money from mom and pop. Those are our people now. Those are the, that’s where Democrat, establishment Democrat, run by a guy like Biden.

Farron Cousins: Well, he was involved in it. He was in office.

Mike Papantonio: He was part of all that. That’s exactly right. So all of a sudden we we’re, we’re now at the point to where, here’s where I think it lands. I think it was a wonderful article. I think you’ve said this, you’ve written about this in trial lawyer magazine, and it is that when people find themselves in a place where they’re comfortable, okay, and they have two bad choices, real bad choices, they’re going to go, they’re going to stay the same. It’s the choice is stay where you are.

Farron Cousins: Exactly. So many people right now, believe it or not, in spite of the headlines, they’re no different than they were four years ago or even eight years beyond that. Of course, the coronavirus obviously has changed things, but this is almost a one off. Okay. When you take that out of the equation, which maybe we can or can’t do that before November, but a lot of people say, well, my income is basically the same. It hasn’t gone up, but it hasn’t gone down. Yeah, I didn’t get that tax cut, but my taxes didn’t go up. Yeah, I can’t pay my medical bills, but I couldn’t pay my medical bills under Obama.

Mike Papantonio: Right. So what do they do? They, it’s status quo.

Farron Cousins: Yeah, you stay the course and that’s what Bush argued in ’04 against Kerry.

Farron Cousins: Because it was the same thing. They said, we’re midstream. Why change courses now?