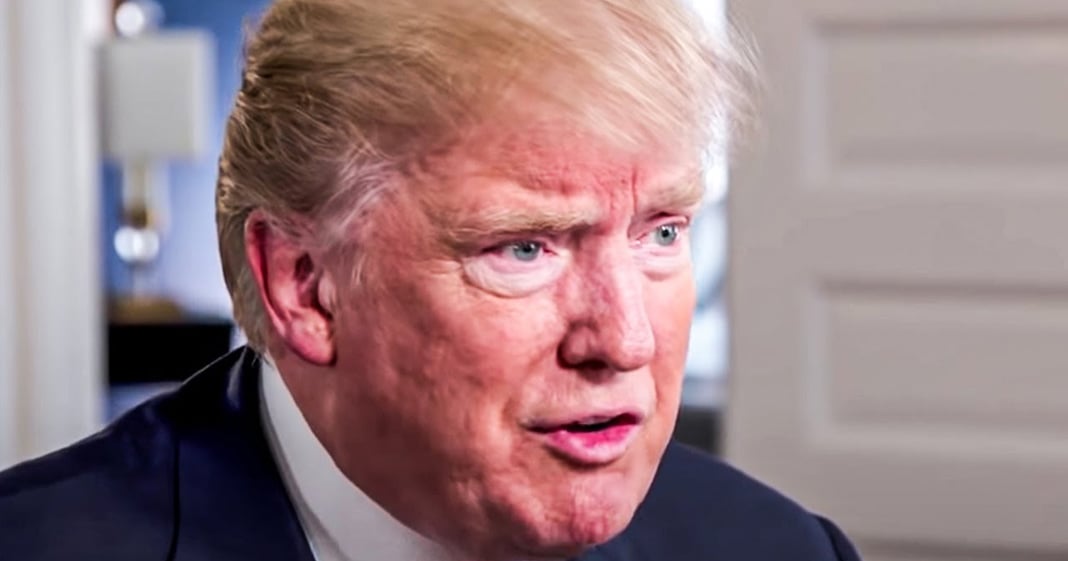 This week, Donald Trump vetoed a piece of legislation that would have put limits on his powers and would have prevented the President from unilaterally launching an attack against a country like Iran. The President doesn’t want any checks or limitations on what he can do, even though his actions are very clearly prohibited by the Constitution. Ring of Fire’s Farron Cousins discusses this.

Donald Trump understands that if you want to get things done, then by God you’ve got to do it yourself. And if you want to be a manly man, you damn sure aren’t going to ask for permission from anybody, even if the constitution requires it. You see this week Donald Trump decided to veto legislation by partisan legislation that would have prevented him from launching a unilateral strike against Iran. Now, here’s what happened. Back in March, you had the house of representatives vote on this legislation that would have limited Donald Trump’s war powers, meaning essentially you can’t launch a missile strike without approval from Congress because as the constitution says, only Congress can declare war and launch a missile strike would in fact be an act of war according to this legislation. You can’t do this. We have to tell you you can do this. That was in March and April.

Senate took up the legislation and thanks to a few non-insane Republicans who voted with the Democrats. It passed and then Donald Trump came through this week and he said, no, I’m going to veto this legislation. Which by the way is not surprising. He had said from the beginning he was going to veto it. What is a little surprising is his justification for it. He said, it is quote, very insulting for a president to have to ask Congress for permission to do something like that. It’s very insulting. What Trump is actually saying is that the constitution itself to him is very insulting. That’s what this is people. The constitution makes it very clear who has the power to declare war and even though the president of the United States is off, so the commander and chief of the armed forces, they cannot unilaterally decide that, Hey, it’s time to do war.

If Congress says, Hey, now you can go play war, then the president gets to call the shots and he can order missile strikes. He can do anything like that that he wants, but not until Congress gives him permission. Now, all of that changed in a post nine 11 world thanks to George W. Bush and the Republicans who controlled Congress and the fearful Democrats who were right along with them. They allowed the president to launch strikes like this through their legislation, the AUMF, because at that time we were a terrified country. We were scared. We gave up a lot of our freedoms. We, uh, pretty much did away with a lot of constitution through this legislation because we didn’t think the president should have to wait by God. There were terrorists out there and we needed to take them out now, and the president, if he found a terrorist needed to bomb them right away.

This is a dumb idea. Look what this man has done, pushed us closer to the brink of world war three how about we get rid of this? AUMF and Congress finally, I guess, snapped out of their 911 fear and said, Hey, you know what? I’m okay. Yeah, we should do this. Took months. But they finally did. It. Got enough Republicans on their side to make it happen. And Trump immediately says, thanks, but no thanks. You’re insulting me by not letting me exercise these powers, folks. We have seen these powers abused by Democrats and Republicans alike. We have seen thousands upon thousands of civilians murdered because of this decision, and the murdering is going to continue. Okay. Because to not murder these people, according to Donald Trump, would be very insulting.