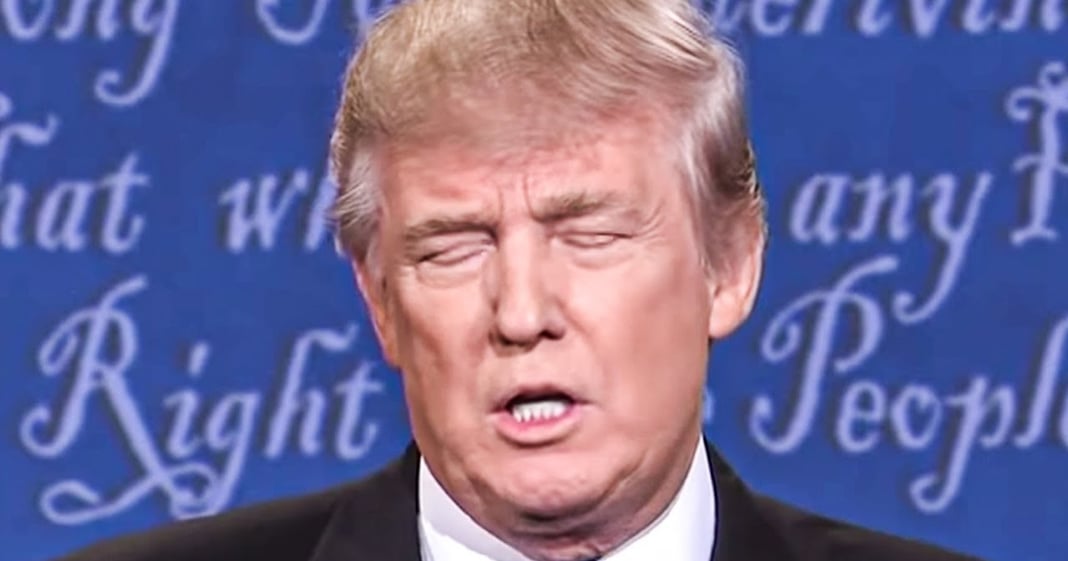 According to a report by the Associated Press this week, Donald Trump is refusing to wear a face mask in public because he is afraid of looking stupid, and that Democrats might use the images against him in attack ads. His vanity is going to be his downfall, as some of the people closest to him have now tested positive for the virus. Ring of Fire’s Farron Cousins discusses this.

Have you ever wondered why we have not yet seen Donald Trump or even Mike Pence for that matter, walking around in public wearing a face mask, even though the CDC recommends wearing face masks, even though we have seen other prominent politicians wearing face masks to protect themselves, maybe to protect others, but we have not yet seen it from Donald Trump and or Mike Pence? Well, according to the associated press, there is a very good reason why Donald Trump is not wearing a face mask or at least what the Trump administration considers to be a very good reason. Because the reason is that they’re afraid it’s going to make Trump look silly. Donald Trump is so vain that he is afraid. If he is seen out there in public wearing a mask, it’s going to do one of several different things. One, it’s going to make him look weak too. It’s going to make him look paranoid. Three, it’s going to make him just look downright goofy and for his opponent may use that in a political attack ad. So good grief, we better make sure the president doesn’t go out there looking like he’s trying to protect himself. That’s what this is about folks. We have medical professionals in this country working around the clock to save lives from the pandemic.

Lots of them have lost their own lives in the process to go out there and blatantly disregard the health guidelines that medical professionals have put in place is an insult to all of those risking their lives. That’s what this is. Trump’s worried about looking stupid, looking foolish. Has he ever seen a picture of himself? My God, there’s about a million photographs of Donald Trump on the internet and I’m sure we’ve all seen them floating through Twitter. You know the one where his face is kind of outlined in orange, the one where he, his kids look like their, it’s their first day learning how to stand. Come on. We have seen you look a lot dumber than walk out there with something over your face. There’s nothing wrong with that. As for using it in a political attack ad, what’s the attack ad going to say? Donald Trump was so concerned about a health crisis that he actually took precautions like literally you think that’s going to happen, that people are going to dang you because you actually took care of yourself. No, but what he thinks is going to happen according to people in the white house is that they’re going to use it and say, look, Donald Trump was so concerned about this that he kept the economy closed.

76% of the public right now wants things to stay closed. They do not think we’re ready to reopen. Only 11% of the country says we should just throw caution to the wind and reopen putting a mask on. You would actually be on the side of the public. You might be able to gain back a little bit of their trust, your personal valet, the man who did what, he didn’t feed you your meals as far as we know, but he puts your fricking plate of food in front of you every day has now tested positive for Corona virus, but you’re so vain, you won’t even go out there wearing a mask and you have been exposed. You have been around many people who have later tested positive for this. Wearing a mask is a show of solidarity, a show of confidence, not wearing it as allowing your own vanity to put your health at risk and the health of everyone around you at risk. And yeah, reports say that you’re now being tested for Corona virus every single day. Good for you. Wear a mask, show that you actually give a damn about the people working around the clock, putting their own health at risk to stop this pandemic because you failed to do so.