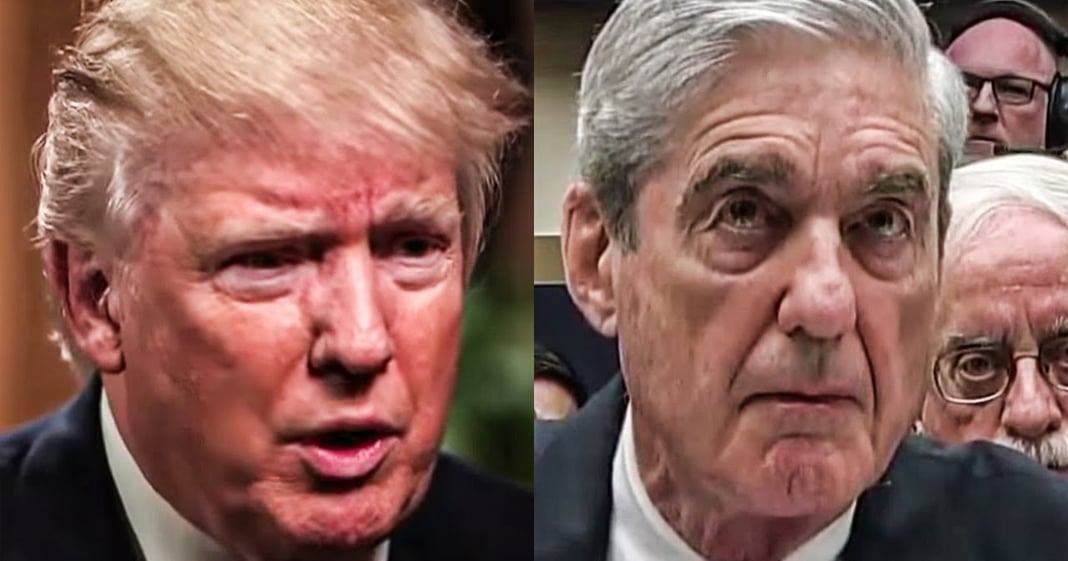 The Trump administration is desperate to keep the Mueller Grand Jury documents out of the hands of the Democrats in the House of Representatives, and they asked the Supreme Court this week to continue blocking that material. Lower courts had already ordered the DOJ to turn these materials over, but the Trump administration is not going to give up just because a court told them to. Ring of Fire’s Farron Cousins discusses this.

This coming. Monday May 11th Democrats in the house of representatives are set to get their hands on the Mueller grand jury documents. Now these are items that were not necessarily included in Robert Mueller’s final report and they haven’t even got their hands on the full final report, just the redacted version. But we all know how bad that looked for Donald Trump with all the obstruction of justice. But anyway, these grand jury materials contain a lot more because the Mueller report in general is just the summary. We need to see all of the evidence that led to those statements and those conclusions to get a better picture of what actually happened. And that is set to happen on Monday. Unless of course the Trump administration’s begging has changed that date.

See yesterday on Thursday, the Trump administration through the department of justice went to the U S Supreme court and said, can you pretty, pretty pleased not allow the release of these materials? We’re trying to write up a, uh, an appeal for the lower court decisions that said, yes, the house of representatives can have the grand jury materials, but darn it, we need a little more time. And if you don’t give us that time, then the Democrats are going to get their hands on this material on Monday. And then at that point, what’s the point of even us filing an appeal? So please Supreme court, Opus help us or else God knows what’s going to happen. Of course, that was yesterday. So actually by the time we’re sitting here watching this right now, by the time I’m saying this, they may have already said, yeah, sure, we’ll block it.

Don’t worry about it. Or they could have said, you know what, we just don’t even care enough at the moment. We’ve got things going on, you know, we’re not able to meet in person. It’s kind of hard to get everybody on the phone. At the moment, it’s a Friday, we’re tired, you know, weekend, TGIF, all that. Uh, so who knows? But what I’m willing to bet, and I could be wrong, but this is just based on history that we have seen in the past. I willing to bet that you need to watch the news or keep an eye on the news on Sunday evening because I’m willing to bet on Sunday evening before these materials, the grand jury materials are set to go to Democrats in the house of representatives that we’re going to get some kind of emergency injunction from Supreme court, chief justice John Roberts, and I bet it will come Sunday evening. But here’s the thing, folks, I don’t care whether you 100% think Russia is behind everything Trump did, or if you think Russia was not involved in anything in Russia, Gates and big hoax. The fact of the matter is that we need these grand jury materials. The public does have a right to know these, but unfortunately, if passed this precedent, we have seen some grand jury materials take decades to be released to the public.

That can’t happen. In this instance when we do have so many people on one side or the other, don’t you think these materials would help solidify, would help paint a better picture so that we can all then move on because that’s the important part here. We know Trump is not going to be prosecuted for anything in there. We know that Mueller was unable through obstruction of justice on behalf of Trump’s team to establish a direct connection between Donald Trump and Russia, but we also know that the president likely engaged in at least 10 different instances of obstruction of justice, but that’s really the extent of what we know who said what, who spoke to whom, who was where. Those are questions that would in fact be answered through this grand jury material and then from that material we could draw better conclusions, maybe get some closure and then maybe collectively as a country move the hell on. Nothing’s going to come from the Mueller investigation from the Mueller documents or the grand jury documents. The best thing we can hope for for right now is a little bit of closure so that we can move on to other issues.