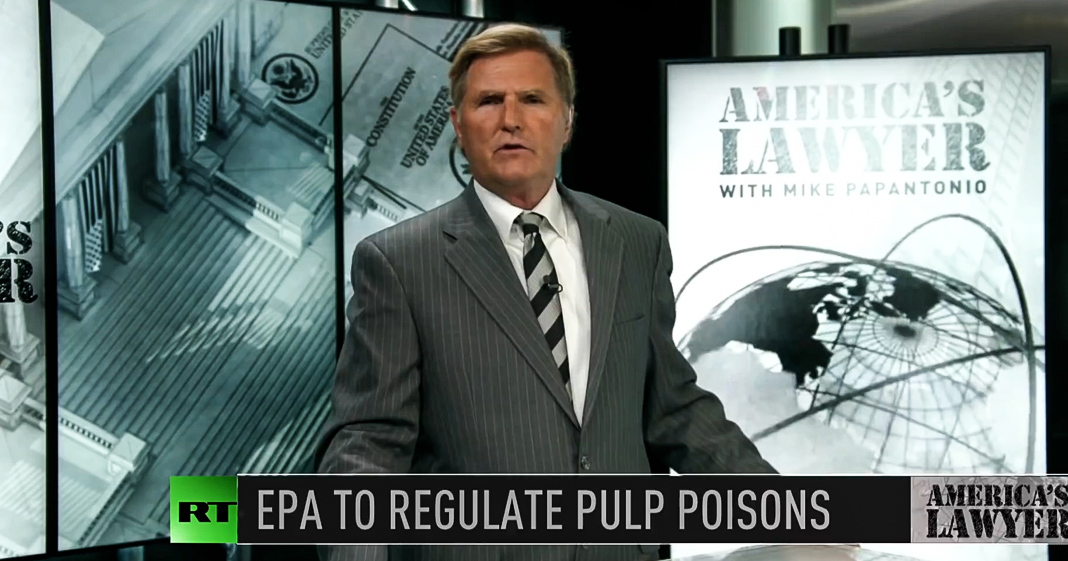 Finally tonight, some good news. A federal court last week ruled that the environmental protection agency can’t continue to ignore toxins being released from paper and pulp mills when they set emission rules. The EPA is required to review emissions from corporations every eight years and then to use those set, to set limits on what’s acceptable and what’s not. But ever since that rule was established in 2001 the EPA has never factored in emissions from these pulp mills. These pulp mills are dangerous. They put out dangerous amounts of toxic chemicals like dioxin and mercury right into the nearby environment and for nearly 20 years, the federal government’s been pretending that these emissions don’t exist at all.

But thanks to the last week’s ruling, these dangerous toxins must be counted. Longterm exposure to mercury has been linked to abnormal brain functions and structural changes to the brain that can lead to permanent disastrous alterations in personality. Exposure to dioxin, even in low amounts, can severely disrupt the endocrine system, alter hormones and destroy a person’s reproductive system. And these are just a few of the many adverse effects that these chemicals have on the body. Last week’s ruling might be a couple of decades too late, but it could prevent severe health problems in the future. Maybe that’s good news. Maybe that’s the best we can expect these days.

That’s all for tonight. Find us on Twitter and at Facebook @facebook.com/rtamericaslawyer. You can watch all RT America programs on Direct TV, Channel 321 and also stream them live on YouTube. Be sure to check out RT’s new portable app where you can watch all your shows, anything you want to watch on that app. I’m Mike Papantonio and this is America’s Lawyer, where every week we give you the stories that corporate media is ordered not to tell because of their political connections like you heard tonight, and because their advertisers won’t let them. Have a great night.