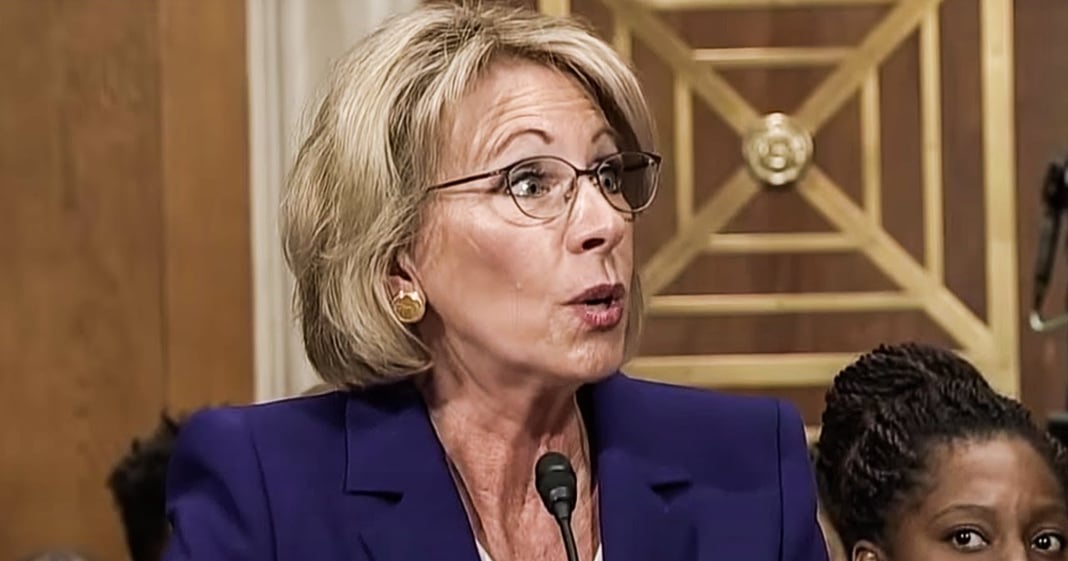 Betsy DeVos is being sued by student loan debt holders for collecting on debts that she was legally forbidden from collecting. DeVos had promised a month ago that she was going to stop the practice, but she failed to do so and is now, finally, being sued by the students that she is stealing from. DeVos has had several years to get this right and has been ordered by courts to do so, and this lawsuit was the last resort of these indebted students. Ring of Fire’s Farron Cousins discusses this.