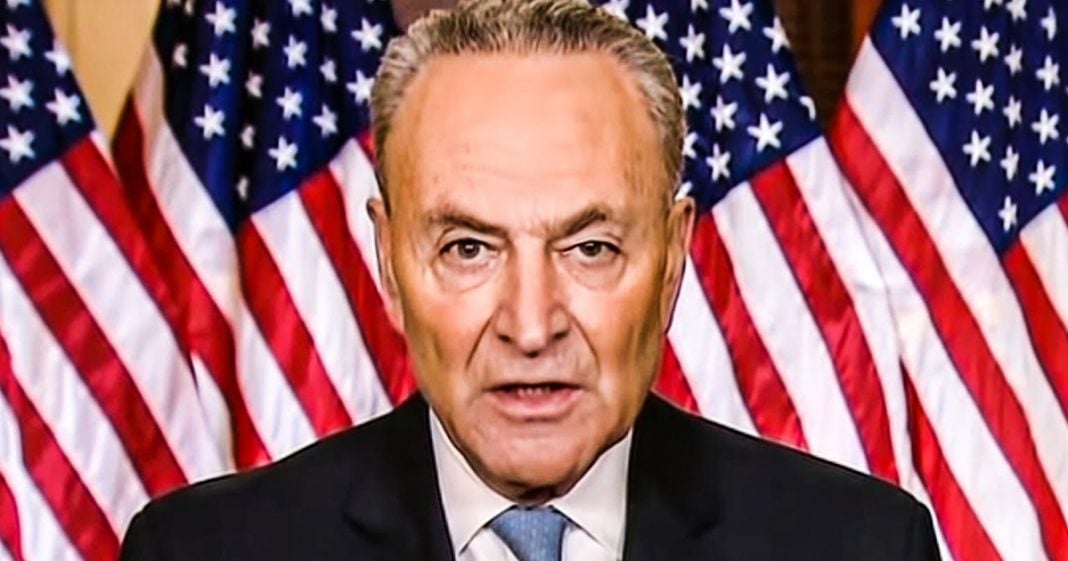 Democratic Senate Minority Leader Chuck Schumer has been more than willing to help Donald Trump get his judicial appointments confirmed and working with Mitch McConnell on stimulus bills that only help major corporations. But when it comes to Trump putting his name on stimulus checks, Schumer has finally decided to grow a spine. Schumer has introduced legislation to stop this meaningless gesture from Trump with the “No PR Act,” and Ring of Fire’s Farron Cousins explains why this is beyond infuriating.