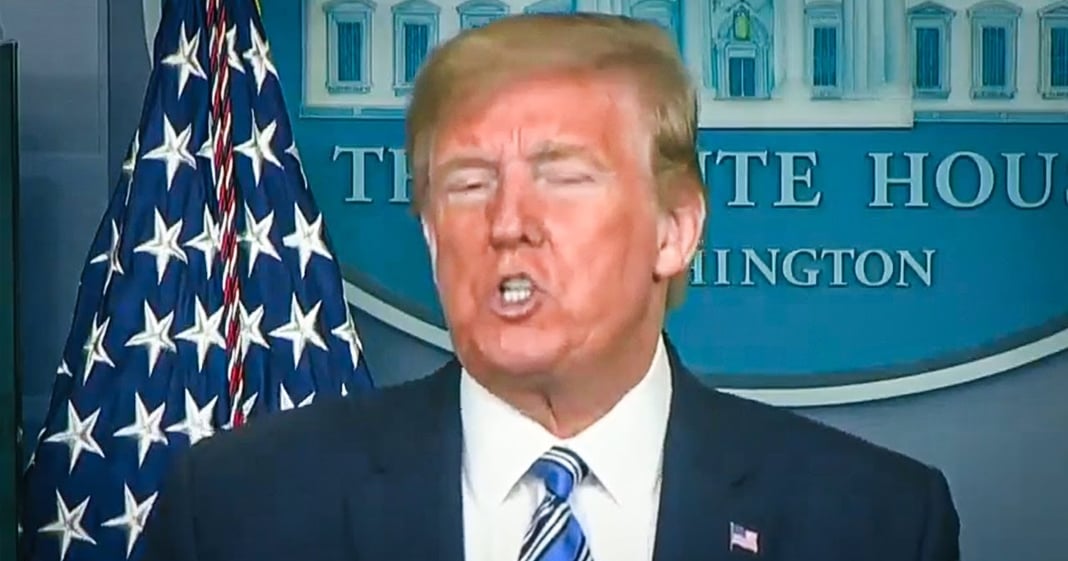 Donald Trump enjoyed a positive approval rating for his handling of the pandemic… until he decided that he likes being in front of a camera. Since he began his daily briefings, the public has lost nearly all of their trust in him, and his approval has gone back underwater. Trump is his own worst enemy, and maybe that’s why Democrats think they can just sit back and watch him destroy himself. Ring of Fire’s Farron Cousins explains why that’s not likely to happen and could eventually backfire.