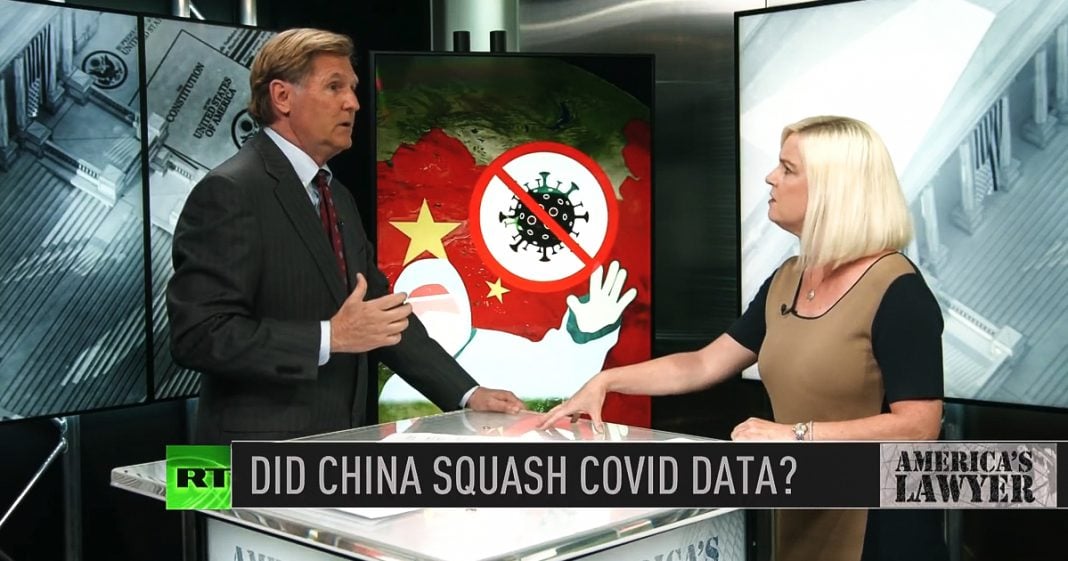 Mike Papantonio: A federal lawsuit has been filed against the Chinese government, alleging that officials intentionally withheld critical information about the coronavirus, which eventually wrecked havoc on America’s small business. Mollye Barrows is here to talk to me about it. Obviously this was, this was filed by a very good friend of mine, a lawyer out in Nevada who’s an extraordinary trial lawyer.

Mike Papantonio: Robert Eglet, yes, and he’s the one that handled the Vegas shooting case that everybody thought was impossible and he recovered…

Mike Papantonio: Yeah. So this, this is a real deal.

Mollye Barrows: This is fascinating.

Mike Papantonio: Yeah. First of all, what is the, is the lawsuit just about all businesses or has he narrowed his scope?

Mollye Barrows: Well, he’s narrowed it and it’s specifically representing five small businesses, flower shops, that sort of thing. But it actually is on behalf of some 32 million small businesses. He says it’s going to impact, what happens with these cases will impact small businesses across the country because they’ve all been impacted by what he says is negligence on the part of Chinese health officials as well as the Chinese government in covering up, not giving enough early warning, basically threatening doctors, threatening people who knew about this virus when it first sprung up, and if they had known they would have been allowed to be a part of the reaction. Perhaps send our own health officials over there and put a stop to it before it ever got out of the country.

Mike Papantonio: Yeah, there are plenty of precedent for this. As you know, I have sued Iran and the banks that washed money for terrorists and in order to do that, I had to bring Iran into the lawsuit. Iran has tons, has billions if not trillions worth of assets in the United States.

Mike Papantonio: So I’m going to win that case.

Mollye Barrows: I believe that.

Mike Papantonio: I will win that case and same way with China. What I think is most interesting is that he is using the treaties that came out of this globalization. The NAFTA, CAFTA type treaties on trade and he’s saying they have a responsibility under trade under these treaties not to do what they’ve done. What is he saying they did?

Mollye Barrows: Well, basically, you know, if you go back even to some of the original doctors who were first responding, they wanted to put the word out on social media. They were tracked down. They were threatened. They were told not to tell anyone.

Mollye Barrows: Yes. I mean, there is just a whole slew of basically heinous allegations that are coming out that are not unsurprising, if you will, considering the crackdown that the Chinese government has on their people in a variety of other areas as well. But he’s saying that they, there were cover-ups against journalists, against doctors, against the medical community, that essentially allowed this virus to escape the borders and in fact infect and impact the entire world. And so it’s costs small businesses trillions of dollars as a result and it’s something that they wouldn’t have had to have suffer otherwise. But it’s interesting that you talk about how he’s suing through that treaty loophole and, you know, so much of the world is changing because of the coronavirus and this is probably going to impact our global relationships as well, whether it’s the European union. How do you see that affecting that?

Mike Papantonio: I think globalization is, is dead in the water. Globalization to me and I, this is just my opinion. I mean, everybody has a different opinion on this, obviously. It was a wrong start to begin with. What it was was Bill Clinton was trying to embrace Wall Street.

Mollye Barrows: But they sell it to the American people, like you’re going to get cheaper stuff.

Mike Papantonio: Like this is gonna be better for you.

Mollye Barrows: But it’s not.

Mike Papantonio: And it’s a lie.

Mollye Barrows: Just like their ability to sue. They can come in there and we have to pay?

Mollye Barrows: So we can poison you.

Mike Papantonio: So we can poison you. So that’s globalization. So Robert Eglet, he’s again, he’s a brilliant lawyer. He’s taken the other side of it. He said, okay, you can do that to us. We’re going to do this to you.

Mollye Barrows: Well, and it seems like there’s fairly broad jurisdiction and as much as if you do business in the United States, then there’s a good chance that we can sue you if you’re a foreign country. So it’s not unheard of. Like you said, Levin Papantonio handling their own litigation against Iran. Where do you see this going though? Other lawsuits being filed? Robert Eglet, I thought was interesting, commented on a couple of other lawsuits out of Florida, but he said they’re too wide and he felt like this one because of the trade angle would be.

Mike Papantonio: The Florida cases are way too broad. They’re trying to encompass too much. This is a narrow case. We can show that your conduct directly affected this business. It’s called legal causation. You have to be able to tie up the conduct with the event, and that’s what he’s doing.

Mike Papantonio: Mollye Barrows, oh, this is an interesting case.

Mike Papantonio: We’re going to be, we’ll be talking about this one a lot. Thanks for joining me. Okay.