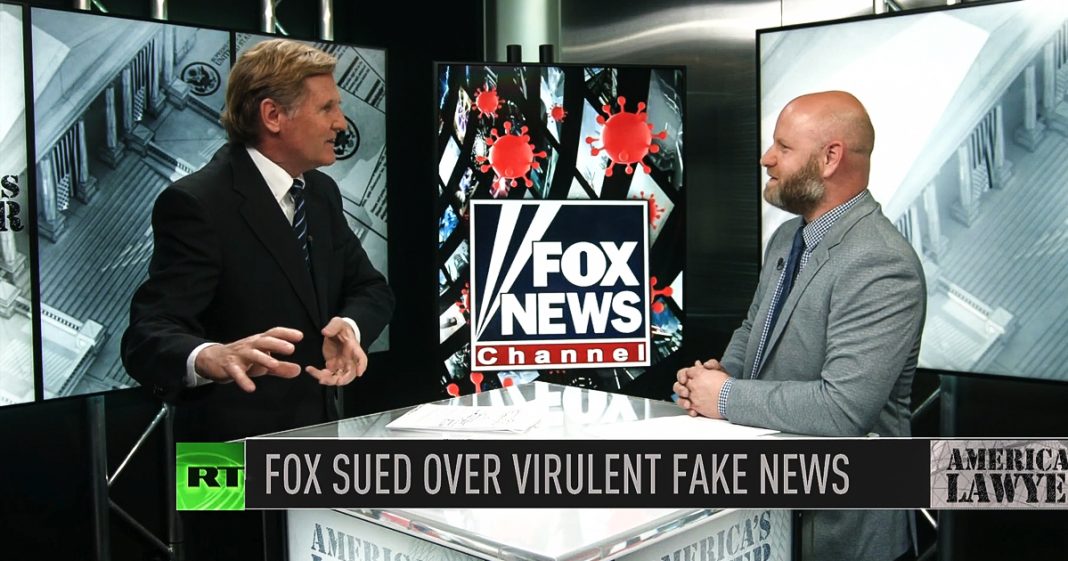 Via America’s Lawyer: Fox News is facing a lawsuit alleging the network intentionally downplayed the severity of Coronavirus in a misinformation campaign which endangered the lives of thousands of viewers. Mike Papantonio and Farron Cousins discuss.

Mike Papantonio: Fox news is being sued for downplaying the risks of the pandemic, but the suit is dead on arrival. There’s no question. I looked at this suit, I, when I looked at this case, I said, oh my God, the people bringing this suit are at a bigger risk than the people being sued, which is Fox. Because, you know, the, these people are going to get hit for cost, attorney’s fees. It’s, there’s no way to justify this lawsuit. There is no causation connection at all. Go ahead and pick up from there.

Farron Cousins: Well, what’s interesting about this lawsuit is like, look, everybody knows Fox news lies all the time. That’s always been their thing. They exaggerate. They downplay when they need to. They’re not a beacon of truth or honesty. However, years ago the courts had already ruled, in the case of Jane Akre, the media has no legal obligation to tell you the truth. They legally can lie to you. They’re allowed to do it. So right there off the top that tells you this isn’t going anywhere. But then this group, they wanted to take I guess a different route with the way they filed it and they thought, well, what if we get them under the consumer protection act?

Mike Papantonio: Which isn’t, the California…

Farron Cousins: That actually makes your, your case weaker if you try to go that route.

Mike Papantonio: And when a news organization says no, we know more than the doctors that are using this in the field right now that are getting results. Until you have a study that it doesn’t mean, it doesn’t mean anything. But here you have, and the documents are going to look, I promise you the documents on this case, if it were ever brought, it would be where you’re having this trash talk between producers and talking heads where they’re trying to beat down on the nut on the idea of using this chloroquine because Trump says it’s, it’s, it’s a solution. You see if you, if you get there in somebody ends up saying, well I just saw the news, I don’t want this stuff and in the end they say, well, it could have possibly saved their lives. There’s, that’s where the case is. It’s not in suing Fox because they’re out there, you know, making broad statements.

Farron Cousins: Right. This, this group that’s filed the lawsuit is going to end up having to pay out a lot of money for this. The suit as we said, it is dead on arrival and I think part of what, why they did this is mostly the publicity. They wanted these stories out there. They wanted to come back six months from now and say, well, well remember we’re the group that tried to take on Fox news, but darn it, they, they beat us down because they’re too powerful. So we need your help.

Mike Papantonio: No, they had…

Farron Cousins: We need you to give us money.

Mike Papantonio: The truth, truth is they have bad lawyers.

Mike Papantonio: The lawyers that drafted that, it was looked like it was drafted by a 10th grader. I mean, honest to God, they don’t understand causation. You have to have some connection between the act and the event that takes place. There’s no causation here. Nobody can say, yeah, because of what Fox said this happened.

Mike Papantonio: It’s too many moving parts. Farron, thanks.