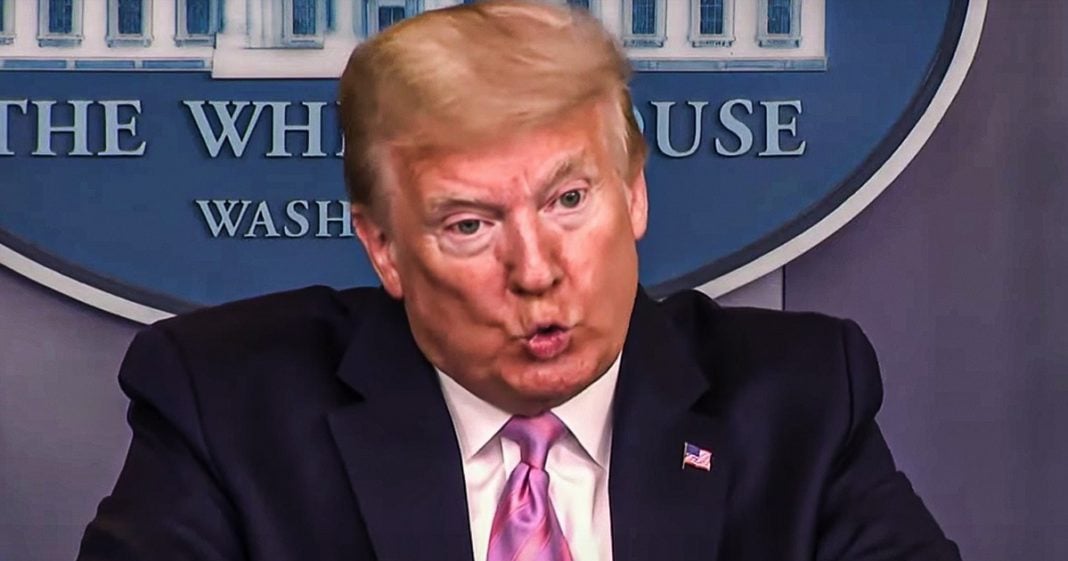 Donald Trump claimed on Monday that he, and he alone, has the authority to reopen states, even if the governors of those states don’t want him to. This is not only a lie, it would also be illegal, as states alone are responsible for the health, safety, and welfare directives within their own borders, per the 10th Amendment. Trump is proving that Republicans never really cared about “states’ rights.” Ring of Fire’s Farron Cousins discusses this.