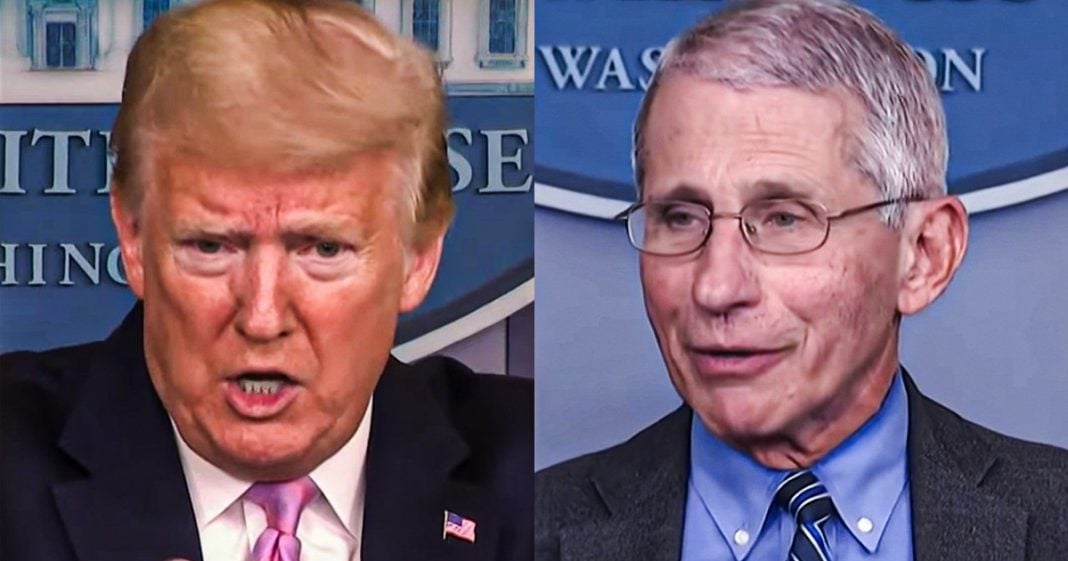 Donald Trump and his Republican allies have ramped up their attacks on Dr. Anthony Fauci after weeks of allowing Fauci to publicly rebuke Trump’s claims about the pandemic. Over the weekend, Trump retweeted a false attack against Dr. Fauci while Congressional Republicans began speaking out against Fauci and claiming that he’s making things worse for the country. Ring of Fire’s Farron Cousins explains what’s happening.