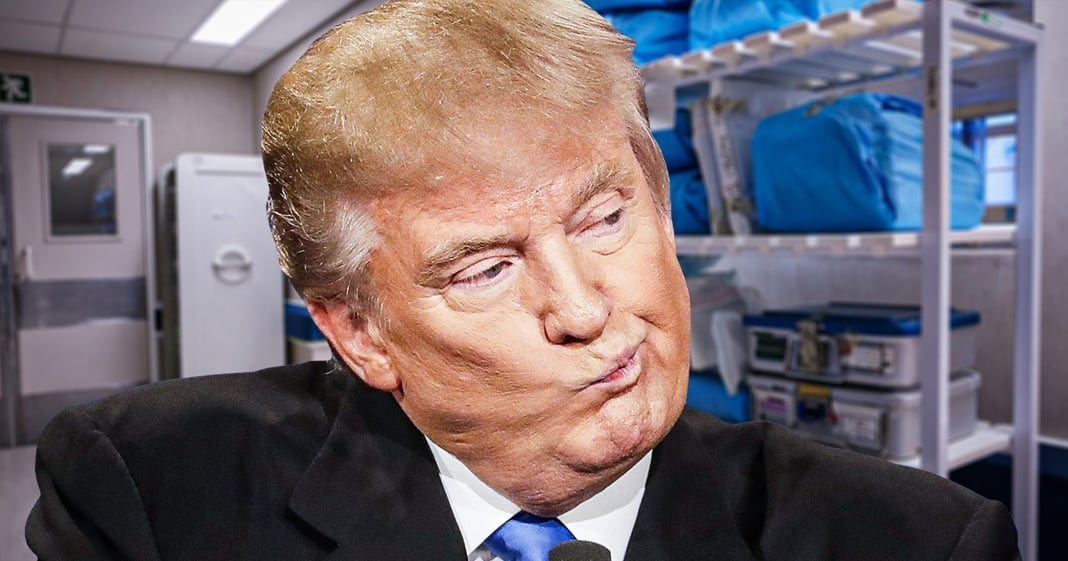 Trump has falsely accused hospital staffers of stealing supplies, but according to new reports it is actually Trump’s government that is seizing supplies from hospitals. Hospitals in at least 7 states have reported that the Feds have confiscated their shipments of supplies, and as of now they have no idea where these supplies have ended up. Ring of Fire’s Farron Cousins explains what’s going on.