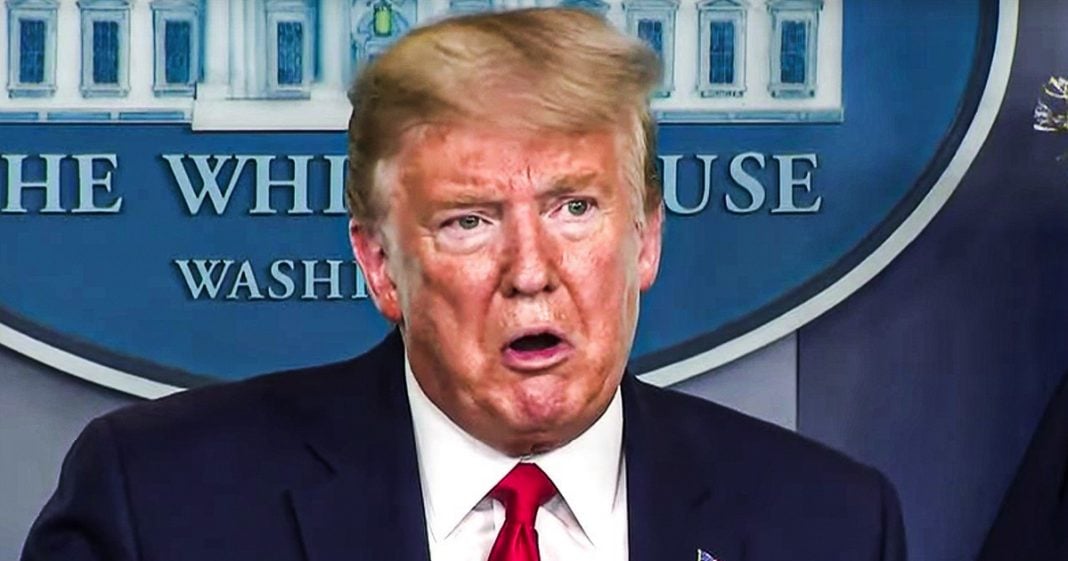 In an attempt to trash Democrats earlier this week, Donald Trump accidentally admitted a sad truth about the Republican Party: If voting were easier, fewer Republicans would be elected into office. He said this in response to the Democratic effort to get vote-by-mail included in the stimulus package, a move that is going to be necessary if the virus continues to spread. Ring of Fire’s Farron Cousins discusses this.

And their gerrymanders are now also getting, you know, overturned by the courts. But folks, he said the quiet part loud and he said it quite loud and he said it on national television for every single person in this country to hear it. The Democrats had wanted to institute a national vote by mail policy procedure, you know, protocol, whatever you want to call it in the stimulus package and Trump and the Republicans say, this crap doesn’t belong here. We don’t need this. We’re trying to help people. Really? Because I think voting by mail during a national pandemic would probably help a lot of people not get sick. You know, once again, let’s look back at Florida. What happened here? Well, we just held our primary a couple of weeks ago even though people were telling us, hey, you really shouldn’t do this. Tom Perez and the DNC said, no, we’re going to go forward with it and now it’s being revealed, oops, lots of poll workers ended up contracting coronavirus. Our bad.

That’s going to happen nationwide if we pack people into the polling booths and we don’t have this virus under control or we don’t have a cure or vaccine for it yet, we’re going to be screwed. We’re going to basically start this pandemic all over again if we send hundreds of that, millions of people, millions of people, if we send millions of people to the polls, that’s what’s going to happen, folks. And the Democrats had enough sense to look at this and say, you know what? That’s going to be bad, so we should do a by mail thing. But the Republican stripped it out, didn’t want to have it. Accused the Democrats of playing partisan politics because the Republicans know that if everybody voted, Republicans would be ancient history and that tells you everything you need to know about the Republican party and how they’ve managed to stay in power for the last 40 years. It’s not because people like them. It’s not because people are fond of their policies. It’s because Republicans have rigged the whole damn system to the point where they can’t lose.

The only way they lose is if more of us get out there and vote. Because even with all their voter suppression, even with all their gerrymandering, there are still enough voters in this country left to overturn that crap and get these people out of office. But too many people would rather sit home thinking, eh, it doesn’t matter that much. Folks, it does. I don’t even care who you vote for. I don’t care which party it is, which presidential candidate it is. I don’t care if you write somebody in. All I care about is that you cast that ballot. That is what is important this year. Vote for whoever the hell you want to, but by God makes sure you get out there and vote. Actually, don’t get out there and vote. Get a vote by mail. Go ahead and sign up. Look into your state’s requirements. Find out what you have to do to get your ballot mailed to you instead of having to go to the polling place. Republicans don’t want you to vote, and if anything, that’s the greatest motivator for everybody in this country to cast a ballot this year.