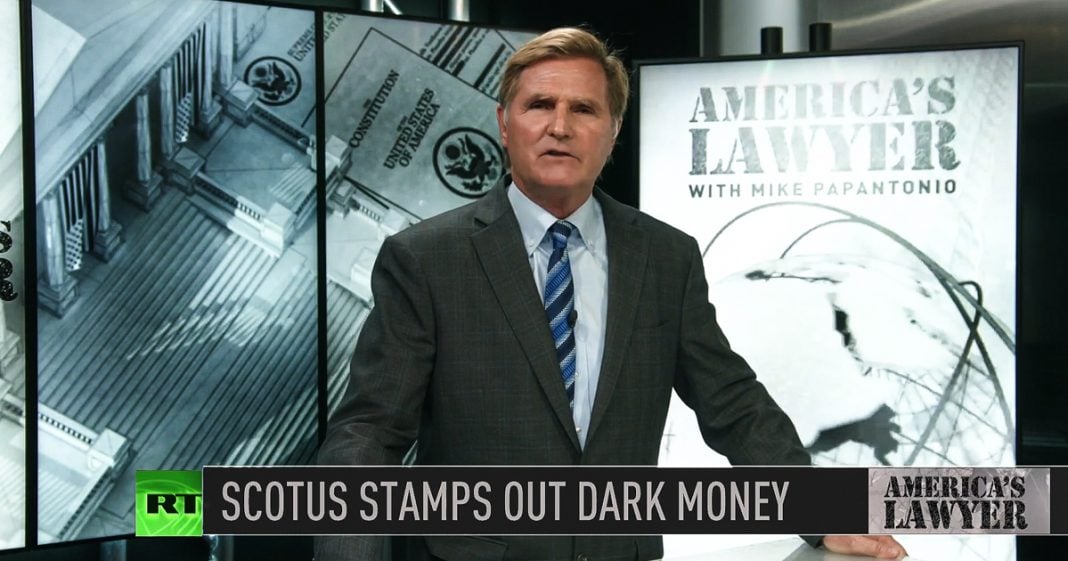 Via America’s Lawyer: The Supreme Court actually did something good this past week and they potentially created a little more transparency for our elections. Mike Papantonio explains more.

Finally tonight, some good news. The Supreme Court actually did something good this past week and they potentially created a little more transparency for our elections, after they’ve destroyed the electoral process. The court decided to let a lower court ruling stand and this previous ruling had allowed the federal election commission to reveal the name of a trust fund that had been pouring money into dark money groups. These dark money Super PAC groups are not required to reveal the names of their donors, but this new ruling could change all of that. Ever since the Supreme Court demolished our rights as voters with Citizens United and the McCutcheon cases, billions of dollars have flowed to politicians through Super PACS and the public has been forbidden from accessing the names of these donors. With this new ruling, those dark money rules, well, they’re going to change providing at least a little bit of transparency and finally allowing us to see who is buying our politicians.

That’s all for tonight. Find us on Twitter, at Facebook on facebook.com/rtamericaslawyer. You can watch all RT America programs on Direct TV, Channel 321. Also stream them live on YouTube and be sure to check out RT’s new portable app where you can actually watch any, any program you want. Your favorite shows. I’m Mike Papantonio, and this is America’s Lawyer, where every week we tell you the stories that corporate media is ordered not to tell, like the ones we told tonight. They can’t tell those stories because their advertisers or the political connections don’t allow for it. Have a great night.