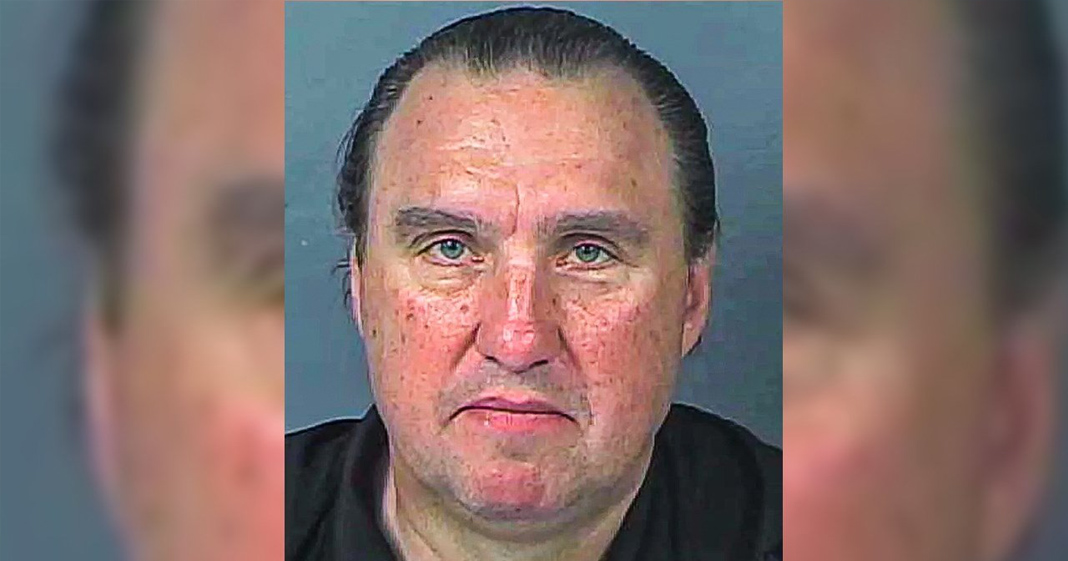 A megachurch pastor in Florida has been arrested and charged with violating public health and safety orders after he held massive church services this past Sunday. The pastor, Rodney Howard-Browne of the River at Tampa Bay Church, held two services over the weekend with hundreds of people in attendance. He even had some of them bused into the church so that they could attend service. Ring of Fire’s Farron Cousins explains why this charlatan violated the orders and what could happen if people become infected as a result.

Earlier this week, a Florida mega church pastor by the name of Rodney Howard Browne of the river at Tampa Bay church was arrested after he held two church services on Sunday where hundreds of people showed up and heck, the church even sent around buses to the community to gather people up and bring them into this church service. Even though you’re not supposed to be doing that according to the protocols put in place to protect the public’s health. Pastor Rodney Howard Browne thought differently. He thought, you know what? I know better than the federal government. I got God on my side. We can gather up hundreds of people in this congregation. To hell with the virus. We’re going to do it and then the next day, he was promptly arrested. Unfortunately he was only arrested on misdemeanor charges. He paid his $500 bond and he was sent home and even if he gets convicted, he would face no more than 120 total days in jail for this act of defiance.

Now here’s the thing. Here’s what he was charged with. Misdemeanor offenses of unlawful assembly and violation of public health emergency rules and that’s what these no gatherings of more than 10 people orders are. They are public health emergency rules and apparently they are enforceable. Just so everybody knows. If you gather in a group bigger than 10 people, if you’re the one who called the group together, you can be arrested. That’s just something I think a lot of people maybe you need to know about you. People can be arrested for that. You can have people arrested for that. So do with that information, whatever you need to. Plan your life accordingly. Don’t plan a group bigger than 10 people in any one area. But that is exactly what this pastor did and what’s even more disgusting is that during the actual service itself, he said this during a sermon he said, no, plague shall come nigh thy dwelling. No weapon formed against them.

Suddenly we are demonized because we believe God heals. That the Lord sets people free and they make us out to be some sort of kooks. No, you see, here’s the thing, pastor Browne, we’re, we’re not making you out to be a kook. You are a kook, but your actions are what’s making us think that. You know the rules and I don’t care if you believe in God or you don’t believe in God folks. The fact is science is science. We know how this thing spreads. We know that gathering in large groups is a dumb idea because that is more likely to spread this. We know that you can be a human incubator of this virus for up to two, maybe even three weeks in some instances without showing any symptoms. But you’re still spreading it to other people. Now, as I mentioned, pastor Browne here may only be facing a maximum of 120 days in jail. I’m willing to bet they’re not actually going to prosecute this, but that’s just on the legal violation side.

You also have the liability side and that’s what could end up coming into play here. He intentionally and knowingly violated these public health orders and had these people congregate there and sure they congregated of their own volition. But it’s easy to say that they were also duped into congregating at the congregation and therefore, if any of them get sick, if they do develop symptoms of covid-19. If it turns out they have been infected because they attended that service, then suddenly pastor Browne finds himself in a very actionable position of which a lot of trial lawyers would probably be more than happy to take him on for, because at that point it would be his fault. He knew the risks, he knew the dangers. His congregation did not, and he subjected them, and that is a massive liability problem for this pastor moving forward. If I were him, that would probably scare me a little bit more than the thought of spending 120 days in jail.