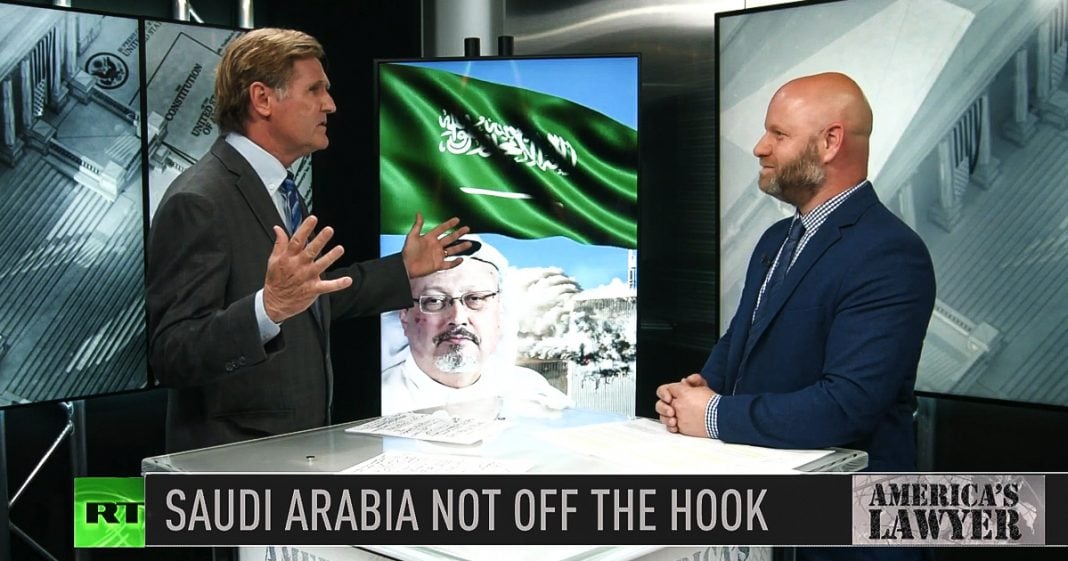 Via America’s Lawyer: A recent court ruling determined Saudi Arabia is NOT off the hook for its role in the 9/11 attacks, as victims and families continue to seek justice. Mike Papantonio and Farron Cousins discuss.

Mike Papantonio: Saudi Arabia can’t hide from a 9/11 victim lawsuit that a judge said last week is going to go forward. I have Farron Cousins with me, editor of the trial lawyer magazine. What a great ruling.

Mike Papantonio: I mean, this judge all the way along the way has been very methodical about this case and it’s going to take place. Give me your take.

Farron Cousins: Well, you know, this is a case that’s been fought for well over a decade at this point, almost coming up on two decades and it’s still having to work its way through there because again, there’s a lot of intricacies in this case. There’s a lot of things that have to be proven just for it to be able to move forward. But what’s so significant about this particular ruling is that the day before this judge in the United States ruled this, you had officials over in Turkey that issued an indictment to 20 Saudi nationals for the death or murder of Jamal Khashoggi. So now we’re finding out a little bit more about how Khashoggi himself was actually connected to this 9/11 victims case.

Mike Papantonio: Yeah. Well, you know what’s interesting about this story to me, and he was talking to the lawyers who are bringing this case. He was giving them, he was kind of a whistleblower, deep throat source of information months before he was murdered by the Saudi Royal family there. There I’ve said it, it was the Saudi Royal family. It wasn’t these five knuckleheads that they’ve now said were responsible. There was a secret trial that they had, closed doors, secret trial. Interestingly enough, no mention of the Royal family being involved. The Royal family was a huge part of it. They’re the ones that arranged for the Saudis to leave the United States after the 9/11 attack.

Farron Cousins: Right, and so hopefully as this thing plays out, which is probably going to take years. You know, anybody who’s expecting rapid results on this, this takes time. But, but it’s going to be worth it because we still have to flesh out. Saudi Arabia’s complete role. We know, you know, most of the hijackers in 9/11 came from Saudi Arabia. There is evidence to suggest that Saudi Arabia had been funding them, you know, funding other organizations and that’s part of what Khashoggi wanted to find out and he was working with these lawyers. He had uncovered evidence of witness intimidation with this particular case. So he was doing what a good journalist does and Saudi Arabia has essentially a zero tolerance for that and that’s, they took the bone saw to him.

Mike Papantonio: What I love about this judge is she says, even on the intimidation, she says, look, I met with the lawyers. They gave me the information in camera. I’m letting this proceed and the, the, the point is this all rolls right to the, to the Royal family. That’s where it’s going. And, you know the, the truth, the truth is, the most bothersome is the US intelligence operatives that have all this, all this information won’t share it. They won’t share it with the Turkish government. They won’t even help with the 9/11 case. Very, very troublesome.

Farron Cousins: Right. We’re having to have trial lawyers come in and weed through the facts. Journalists and other governments, because the US government has been less than worthless on this.