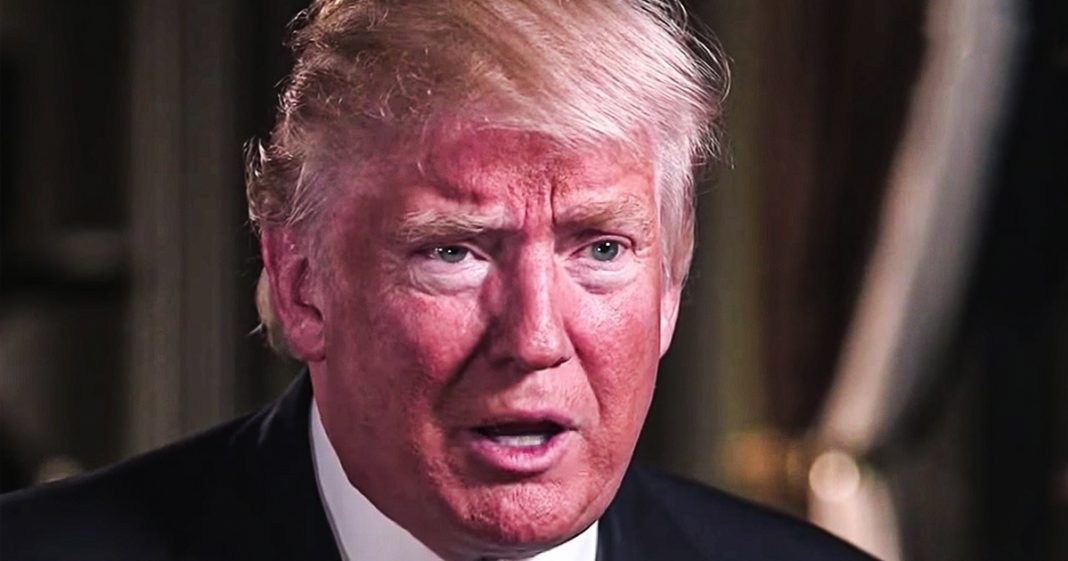 According to an unclassified briefing, the Army actually warned Trump on February 3rd that the death toll in the United States from Covid 19 could surpass 150,000. In other words, Trump has now known for 2 months that this was a serious problem and would cost well over 100,000 lives, but he did virtually nothing and continued holding rallies during the early days after this warning. Ring of Fire’s Farron Cousins discusses this.

On February 3rd the United States army put together a briefing that is unclassified that says that in a worst case scenario, the United States could be looking at 150,000 people dying from the coronavirus here in the United States and on February 3rd two months ago, they said that this was the black swan worst case, possible scenario. They also then talked about all the things that we could do as a country to, you know, not hit that 150,000 death toll. That was two months ago that this administration was warned that if they do not take action, that’s going to be the number of people who die and now just this week, Donald Trump’s out there saying, hey, if we only have 150,000 people die, I think that’s a win. I think we count that as a win. When in reality had he done what he should have done two months ago, we wouldn’t even be close to approaching that number. This is 100% on him. He did this. Those people’s deaths will now be at his hands because we now know that he was warned. He knew two months ago. They laid it out for him. They spelled it out very clearly. You do nothing or you do very little. You don’t go far enough. 150,000 people die.

But that’s the worst case scenario, the army says. We know, we know you’re not going to be this careless and foolish. So listen to us. Heed our warning and the president didn’t do it. Now that’s not shocking. We have known throughout the entirety of this that this man did not take this virus seriously. That he did not take the pandemic seriously and more importantly, that he was too afraid to act because he thought it was going to hurt his chances for reelection. Well, I gotta tell ya, letting a couple of hundred thousand people die on your watch, probably not going to be the best thing for your reelection is it? Especially when these numbers start climbing in all of these red States like they are here in the state of Florida. As we have our elderly population and the population of several right-wing areas of this state start to become more and more infected with this thing. You screwed yourself and in doing so screwed over every single person in this country.

This isn’t about reelections anymore. This isn’t about red state people dying or blue state people dying. This is about human beings, American citizens dropping dead because the president of the United States didn’t heed the warnings. This reminds me 100% of that memo that George W. Bush got back in August of 2001. I think it was August 6th the memo, bin Laden determined to strike somewhere in the United States. Bush was at his ranch in Crawford at the time when they gave him that memo, so, you know he wasn’t taking it too seriously and look at what happened a month later and the same can be said of Donald Trump. He was given this memo by the army. They said, this is what could happen if you do not do something and a month later and now, two months later, we’ve seen it. It exploded. Just always something about Republican presidents ignoring those memos that leaves American people in body bags.