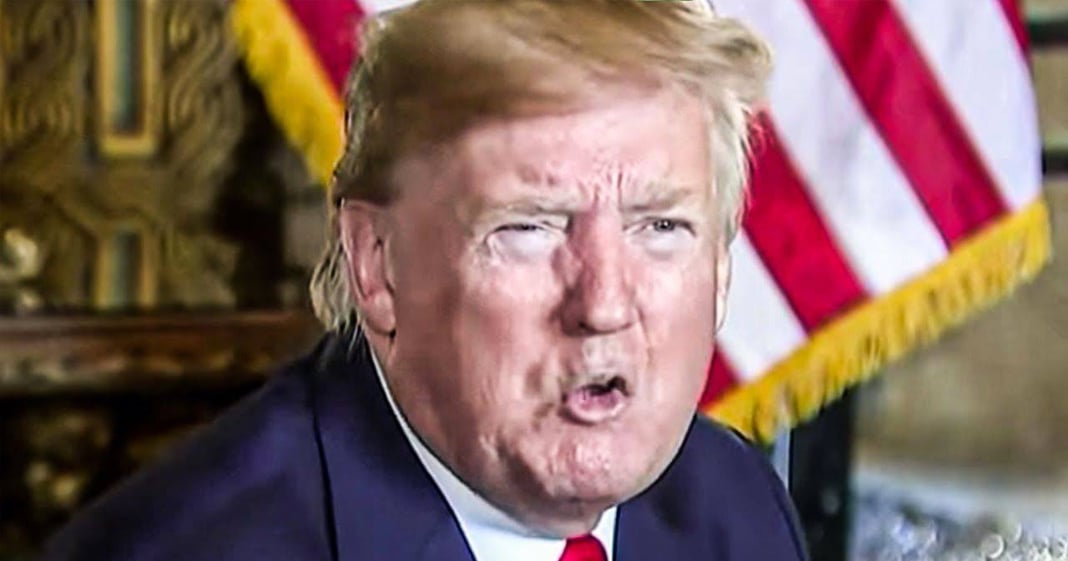 Donald Trump was ready for the country to reopen fully by Easter Sunday, April 12th. And then his poll numbers took a hit. The President became so concerned about losing his reelection that he finally decided to listen to the advice of the experts and backed off his goal of reopening by Easter, and has now taken a more somber tone when discussing the crisis. Ring of Fire’s Farron Cousins discusses this.

Donald Trump, just a couple of weeks ago, had said that he wants the economy to reopen by Easter Sunday. April 12th he wanted to see churches packed with people shoulder to shoulder. Told us it was going to be beautiful. Everything would be reopened. Life would go back to normal, and then just a couple of days ago, he changed his tune. He said, guess what, folks? We’re staying closed till at least the end of April. We’ve got to take this thing seriously. His tone in yesterday’s briefing was a lot more somber where he talked about the fact that, you know, we’re probably going to have at least about 100,000 maybe 200,000 maybe even a little more than that, American citizens die from this disease. So what changed? Why did Donald Trump’s suddenly start taking this thing seriously? Well, the truth is he hasn’t. And all those people who yesterday on Twitter were saying, oh wow, he sounds so, so much better now. This is what we’ve wanted. No, no, no, no.

He’s not doing it because he’s suddenly concerned about the virus. What he’s concerned about are his poll numbers. You see Donald Trump after he made the announcement a couple of weeks ago that everything would be reopened by Easter, his campaign then went to him about a week later with the latest poll numbers showing that the public did not support this. As much as everything kind of sucks right now, people want things to stay closed. They don’t mind the stay at home orders as long as it prevents the spread of this disease. They supported staying home. They did not support reopening the economy and Trump’s campaign told him, according to reports, if you reopen it too soon, this is going to hurt your campaign for reelection more than the economic downturn that’s happening because of the pandemic and it was at that point that something switched in Donald Trump. We heard it in his tone.

We’ve seen it with his talking points and it’s because he was afraid it would cost him the election. Folks, it always comes back down to what is best for Donald Trump. What is going to help Donald Trump? What is going to hurt Donald Trump? This has nothing to do with people in this country dying from this virus. That is not what the president is concerned about. He is concerned with one thing only at the moment, and that is his poll numbers. And if he sees them start going down, if the public starts to, starts to turn on him, he’s going to make adjustments. He’s going to tailor his message, his plans to whatever the public wants him to do so that he doesn’t anger them so that he doesn’t potentially risk losing this election. Now he’s doing the right thing at the moment. He certainly has not gone far enough.

He waited too long to respond and that’s something that cannot be undone at this point. He is not calling for massive quarantines or stay at home orders in States that desperately need it, which we’ll get more to that later on in the day. But at least he’s no longer telling us that this whole thing is some kind of democratic hoax or that it’s just a distraction or that people want the economy to tank. You know, so I guess you gotta take that as a victory. But the truth is this man is incapable of caring about human beings. He doesn’t give a damn if people live or people die, as long as there are enough people in November to go to the polls and keep him in office for four more years. That is the only thing he is concerned about. So remember that when you watch these little daily briefings, this man is not saying these things because he’s concerned about you. He is concerned about his ratings and his poll numbers, and that’s it.