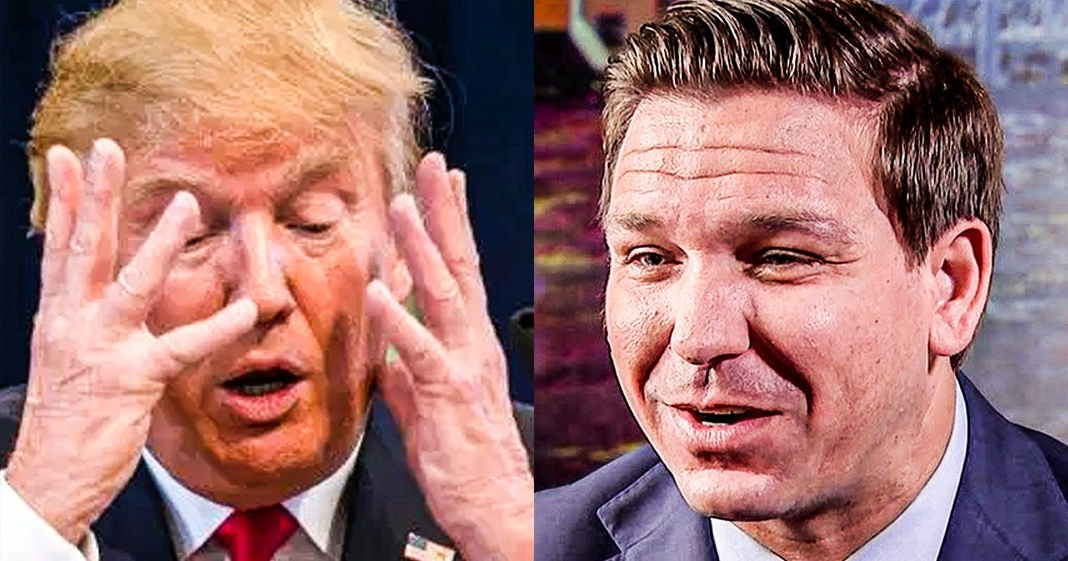 Florida Republican Governor Ron DeSantis is so much of a Trump sycophant that he can’t even properly run his state without the President telling him what to do. As the pandemic spreads through Florida, DeSantis is saying that he won’t issue any “stay at home” orders unless Donald Trump tells him he needs to do it. People are dying from DeSantis’s inaction, as Ring of Fire’s Farron Cousins explains.

The number of coronavirus cases here in the state of Florida continue to climb and they’re hitting Republican areas a lot harder than they are democratic areas at the moment and that’s why Florida’s Republican governor Ron DeSantis just a few days ago issued mandatory stay at home orders for certain areas of South Florida. Not for the whole state, he doesn’t think everybody needs to stay home. Just a couple of areas down in South Florida, you know, in that hugely elderly Republican retirement area. They also tend to have a lot of money down there and of course DeSantis wants to protect those big money donors of his. This all happened after a massive outbreak of coronavirus at a place in Florida called the villages. Now a lot of people outside of the state are familiar with the villages. It is a retirement community. Wealthy people come from all over the country.

They retired down there mostly right wing and in fact the reason you probably have heard of the villages is because during presidential campaigns, nearly every Republican who’s serious about running will end up going and giving at least one speech down there at the villages. Those are their people. That is one of the ways they keep Florida is these elderly wealthy retirees down here and they’re getting this virus and they may not pull through it and that’s what freaked out Ron DeSantis and that’s why there is a stay at home order issued only for those areas of the state. So this week when he was asked, hey Ron, why are you not closing down the rest of the state? You know there’s human beings there too and DeSantis told them well Trump hasn’t asked me to do that yet. So, so Ron DeSantis, our governor, my governor is too paralyzed with fear of pissing off Donald Trump that he refuses to issue a necessary stay at home order for my state.

We have nearly 7,000 cases right now in the state of Florida and that number continues to climb by the day. But here is what Ron DeSantis had to say in yesterday’s little press conference. I’m in contact with them and basically I’ve said, are you guys recommending this? The task force has not recommended that to me. Obviously if they do, that is something that would carry a lot of weight with me. So Ron DeSantis, who runs a state, right, fourth most populous state in the country won’t take action to protect the citizens of his state until and unless the white house tells him to? I mean, he admitted that that was the quote he said yesterday in a press briefing. Well, I’m, I’m, I’m asking them all the time. Like, hey, hey, do you want me to do this? Should I, what do you guys think?

This man is absolutely incapable of leading. He is such a Trump sycophant that he will not make a single move without Donald Trump telling him what that move should be. People in your state are dying Mr DeSantis. People in this very right wing area where I am sitting right now are dying, but we’re in Northwest Florida. So we don’t have a stay at home water. We can go about and do whatever we want because you know that this area is going to vote red no matter what and so is most of Northwest Florida unfortunately. But those areas down South, yeah, you’ve got a lot of Republicans down there, but they also go blue a lot. So you want to protect them. You want them to see what a good leader you are and you think that maybe that’s going to help you win a second term as governor eventually. But I got to promise you, if you continue with your disastrous policies, you personally are going to make it to where there will not be enough elderly Republicans left in this state to put another Republican in charge.