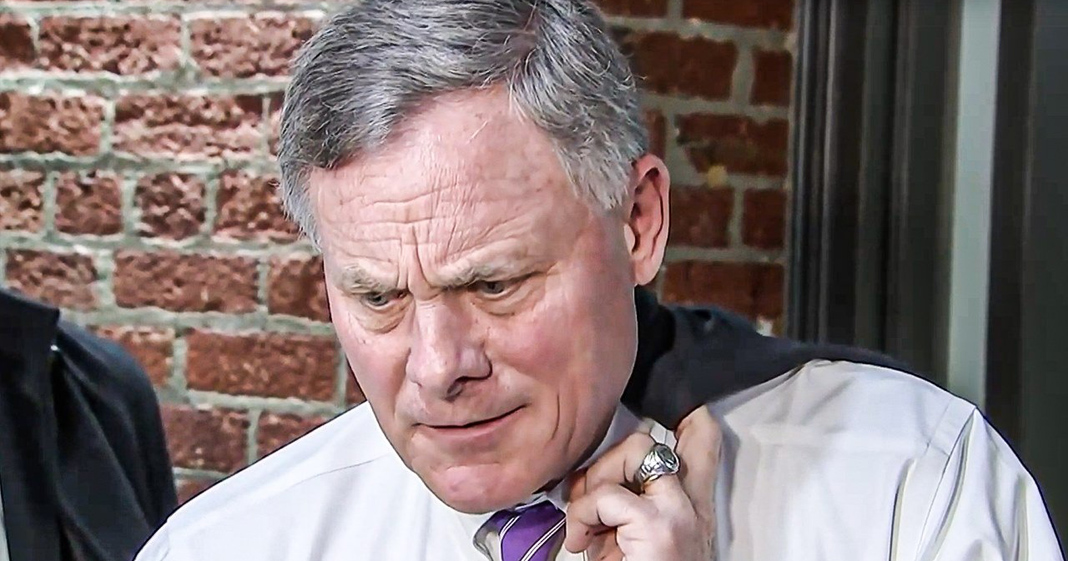 The FBI has finally decided to get involved in the insider trading scandal in Washington, D.C., and they have begun reaching out to members who have been accused of selling their stocks based on confidential information the Senators received during a Senate briefing. Not much is known about the investigation as of now, but the evidence is almost blinding at this point. Ring of Fire’s Farron Cousins discusses this.

So there’s some new developments in the insider trading scandal that has wrapped up Republican senators, Richard Burr, Kelly Loeffler, Jim Inhofe, Ron Johnson and democratic Senator Dianne Feinstein. According to people familiar with the case, the FBI has now started reaching out to these people accused of insider trading to just, you know, get some information about what really happened. We know specifically at this point that the FBI has in fact reached out to Republican Senator Richard Burr. Burr has denied any wrongdoings, even though as we have discussed at length Burr sold off most of his stock that was subject to tanking, after a confidential coronavirus briefing in the Senate. Now selling off your stocks based on information that is not available to the public is considered insider trading and that is illegal. So the question, the thing the FBI is trying to investigate right now, or at least it seems like this is what they want to investigate.

What was the motive for the stock sell off? You know, maybe Richard Burr had gone into that meeting already thinking, I’m going to sell off all my stock. I’m tired of it anyway. All right. What’s this virus thing we’re talking about? Okay, yeah, whatever. I got to go sell my stocks. Totally unrelated and if you believe that that’s what happened, then I don’t think there’s any hope for you at all because that’s definitely not what happened. Richard Burr went into that meeting. He was told how bad this was going to be, what the potential impacts on the economy could be, what the impacts on the stock market could be, and he left that meeting and said, oh my God, I got to start selling. I’m going to lose about $1.5 million if I don’t sell. Because the guy owned a lot of stock in hotels. In fact, he would have lost at least $100,000 just with his stock in Wyndham hotels. But see, to me, Richard Burr is not the big fish. Right?

That’s Kelly Loeffler whose husband is the CEO of the company that runs the New York stock exchange, who he also, by the way, managed to sell off all of his stocks before the crash happened, just like his wife Kelly Loeffler. So I have to imagine if the FBI is looking into Richard Burr, they have got to be looking into Loeffler and her husband Sprecher. Right? I mean, these two people clearly, clearly used information that was not available to the public. She tipped off her husband and he sold his stock as well. Prove me wrong, Loeffler. You know, if you want to claim that this didn’t happen, prove to us that you did not go out there and tell your husband about this and then he sold his stock too, or you both just happened to miraculously sell your stocks at the same time, right before the crash.

You dumped the companies you knew were going to tank, but you then invested in companies that people would have to utilize if they were working from home. Either you are just the most amazing stock trader on the planet or you used your insider knowledge for your personal financial gain. You can lie all you want, folks, and this goes to both Democrats and Republicans who have engaged in this, but the FBI is on it now. And I’m willing to bet that by the time all this is done, this is not only going to cost us a couple of careers, this hopefully is going to land a couple people in jail.