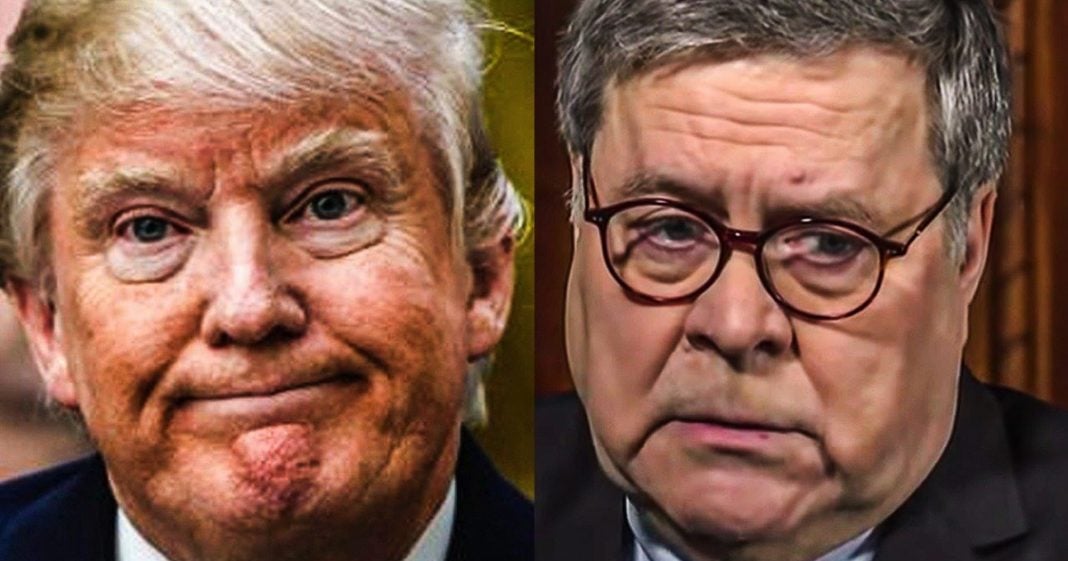 Attorney General William Barr has been forced to turn over the full, unredacted copy of the Mueller Report to a federal judge so that the judge can determine whether Barr acted appropriately when he redacted parts of the report. This lawsuit could end up putting more information from the report into the hands of journalists before this year’s election, but will it be too late to make a difference? Ring of Fire’s Farron Cousins discusses this.

Attorney general William Barr has been forced by order of a federal judge to hand over the entire full and unredacted Mueller report to the judge so that the judge can go through it and determine if William Barr’s redactions were politically motivated or if there was legit security concerns and they needed to be redacted. Now, we had discussed this case just a few weeks ago when it first came out and what had happened was you had a group of investigative journalists who submitted freedom of information act requests to the federal government to get their hands on these unredacted portions of the Mueller report. The DOJ said, no, you cannot have them. There is classified information in here for a reason. And the journalist said, okay, well we don’t buy that at all. So we’re going to sue and apparently this judge, it was US district judge Reggie Walton of the district of Columbia, apparently judge Reggie Dalton or Walton, excuse me, didn’t believe it either.

So judge Walton issues a ruling and says, you have to give me the full unredacted report and then I will go through with my unredacted version and compare it to the redacted version. And I will see if what you have taken out is because either one, there were legitimate security concerns or two, you wanted to protect the interest of Donald Trump. And if I determine that you were just trying to protect Donald Trump, then I’m gonna have to go ahead and say that these reporters can get their hands on these redacted portions. Now, folks, this is a pretty massive case here. This is something that is going to have huge ramifications here in the United States depending on what judge Walton ultimately decides. Because if judge Walton looks at this, it says, no, looks like Barr did the right thing, you reporters cannot get your hands on this, then that’s likely the end of it.

Because even if it goes up to appeal those appellate courts, the Supreme court is certainly not going to hand over these redacted portions to the reporters. But if the judge determines that these redactions were in fact to protect Donald Trump and had nothing to do with security, then that’s a whole new ballgame and we need to hope that that is what happens because the public has a right to know. Sure, if there’s actual classified information in there, maybe we don’t have the right to see that just yet. Maybe that’s something we have to wait a decade or two to get our hands on when those classified issues are no longer issues. But if William Barr did in fact do as everybody thinks he did and redacted portions of this report to protect Donald Trump, that is something we may know very soon, hopefully before the 2020 election.

The only question is if the reporters do get their hands on this within the next few months, they report on it, it comes out. Is it going to be enough? Are people still going to care? As I’ve said before, a lot of folks have already forgotten that the president was even impeached. We, we’ve had a lot going on since that happened. So by the time November rolls around, is the Mueller report even going to be relevant? And the answer to that is it doesn’t matter. Relevant or not this is information that the public needs to know. So that is why this legal fight is so important, not because of the potential political ramifications, but just for the issues of transparency and clarity. That is what the public deserves.