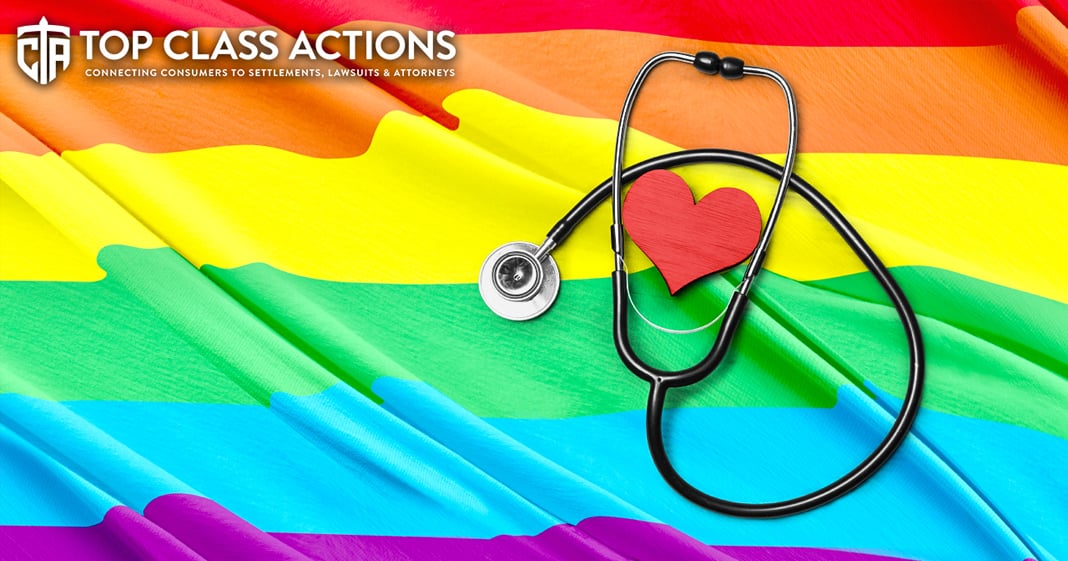 A transgender University of Arizona professor has filed a motion for Class certification for his class action lawsuit claiming that the state healthcare plan in which he is enrolled denied treatment for his gender transition and for the transitions of others on the same plan. According to Dr. Russell Toomey, a professor of family studies and human development, his gender discrimination class action lawsuit should be granted Class certification because it meets the requirements for such claims. Ring of Fire’s Farron Cousins discusses this with Scott Hardy, the President of Top Class Actions.

Farron Cousins: Nobody likes dealing with health insurance. I mean, that’s pretty much been the general theme of politics and American life for about the last 10 years. Nobody likes dealing with insurance. But for some people it’s even more of a headache than others and that’s the case of a college professor, professor out in Arizona who wanted to undergo gender reassignment surgery. Doctors ordered several procedures that they said were medically necessary only to find out that the insurance decided it wasn’t. So instead of the doctor deciding, the insurance company got to make the decision and now there is a lawsuit that is seeking class certification because apparently this is happening to a lot of individuals.

Joining me now to explain what’s happening is Scott Hardy with top class actions and Scott, you know, this one obviously is dealing with a little bit of discrimination, not a little bit, a lot of discrimination, let’s be honest about that. But it is something we do see all the time with insurance, you know, in smaller instances, oh, your doctor said you needed this, but we’re going to go against it. We don’t want to pay for that and this was a big one. This was a, a transgender professor that was told you need to undergo a hysterectomy. This is medically necessary, but the insurance company says, no.

Scott Hardy: That’s right. I’m an Arizona Wildcat. Growing up in Tucson, you can’t help but be an Arizona Wildcat, support them cats and so I actually learned to ride my bike on this campus and then also promptly ran, drove right into a tree. But, you know, that’s what happens, for some people. So in this case, the Arizona Wildcats, the university of Arizona is very near and dear to my heart, near and dear to my family and when I read this, it was really sad. You know, you’ve got someone that is going through the gender reassignment process and of course, part of that if you’re going from, what is what you were born as a female and going to male, then that’s a hysterectomy.

And so the doctors agreed this is part of the process. Let’s make sure that we take care of this. You know, this is part of the gender reassignment part. Let’s, let’s help you become, get, you know, to the gender that you, that, that, that you are. And unfortunately, as you said it was, it was denied and it seems like a relatively simple surgery, a hysterectomy. But unfortunately that is still a major surgery and the insurance companies, university of Arizona said, well, you know what, we don’t think that this is medically necessary. We don’t think that you need this to live.

And that’s really what the decision was made here is, you know, is this discrimination of this person is making the choice to go from female to male? Is this a choice that they have no control over? Is this a, you know, them saying their body is saying this is, this is the way I was born? I was born with some of the wrong things in place. I need to fix that. Is that a voluntary decision? You know, is it a medically necessary decision that should be covered by insurance? That’s the big discussion with the university of Arizona, their medical insurance company and this professor.

Farron Cousins: You know, if you factor in the mental health side of this and we see depression a lot in transgendered individuals because of things like this, by the way. So I would say yes, this is absolutely medical necessity, medically necessary. This is not a choice, just like the choice to have a hysterectomy maybe because you have ovarian cancer. Yeah, you still have to make the choice to have the hysterectomy or you can choose to die essentially. But with the suicide rate that we see among transgender individuals, I think it’s a very easy to make the argument that this could be the life or death decision. If this person cannot become the person that they are supposed to be, the person that they feel they are, this is going to adversely affect their mental health. This could destroy the rest of their life. This is a medically necessary procedure.

And I imagine that’s obviously what the lawyers are probably going to argue with this one against the insurance companies. And at this point as we see often with insurance companies, it would be cheaper for them to cover the procedures than it is going to be for them to fight this thing out in court. But if they start covering these procedures maybe in the long run it’s going to cost a couple thousand dollars more for them, which probably again wouldn’t be a big issue if we didn’t have all the price gouging with the hospitals and the, so this is a long discussion that can touch a lot of things. But the bottom line is that is the procedure medically necessary? If, if I’m arguing the case or if I’m the doctor here, I’m saying 100% yes, this is medically necessary. You need to cover it.

Scott Hardy: Right and that’s the thing is with the gender identity, if that’s what you identify as, as you said, if you’re getting pressure to not be the gender identity that you, that you are in your heart and soul, then suicide is very, very common and that lawsuit that will come out against the university of Arizona and the insurance company by their loved ones is, is valid. Because this person said, listen, I’m just trying to follow what my body’s telling me to do. Why are you stopping me from doing that? Allow me to do that so I can live a healthy life. The gender identity that I’ve selected, that my body has selected for me.

So in that case, it really does make sense for the interest of insurance companies to pay it because you don’t want people to live a life of depression to commit suicide because they are not being allowed to make this change. Support them, love them, if any of, happened to anybody on my team, I’d be supporting them and fighting with the insurance company to take care of them. Because we want our friends and family happy. It’s hard enough living in this day and age right now. Let’s encourage people, hug them, love them, and don’t put up these roadblocks to living a healthy mental life, like you said.

Farron Cousins: Absolutely, and for more information on this, please follow the link in the description of this video and head on over to top class actions and if you have not already done so, subscribe to the weekly newsletter. It is one of the best resources out there for consumers to arm themselves with the knowledge that they need and to stay up to date on potential class action settlements. Scott Hardy with top class actions, always a pleasure talking to you. Thank you.