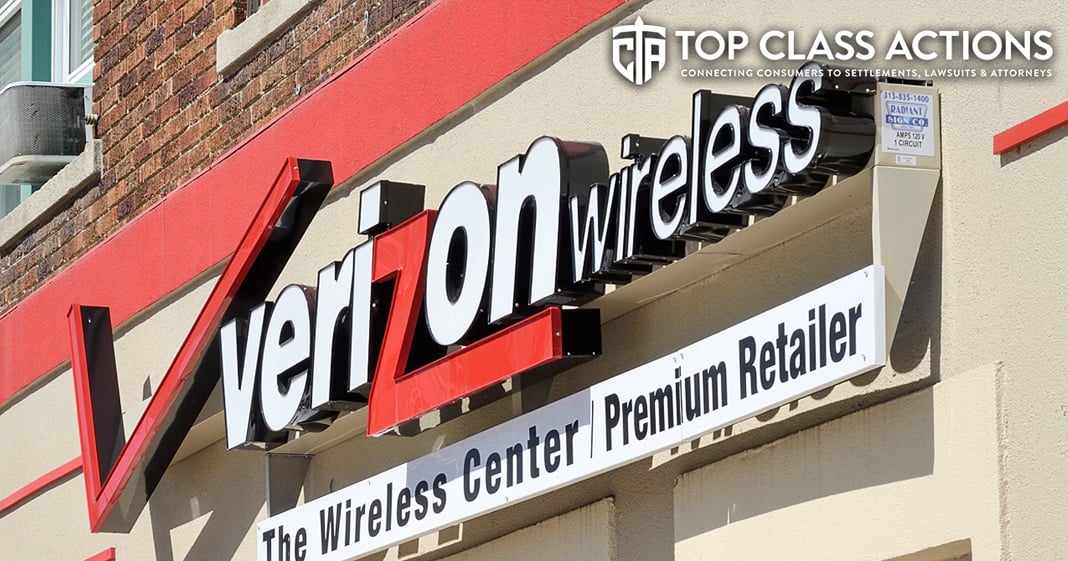 An Arkansas couple claim they fell victim to Verizon’s “bait and switch” scheme in a two for one iPhone deal. According to plaintiffs George Wise and Barbara Gilbert-Wise, this deal was “purposefully deceptive, false, unconscionable, fraudulent, and also allowed Verizon to be unjustly enriched.” Ring of Fire’s Farron Cousins discusses this with Scott Hardy, the President of Top Class Actions.

Farron Cousins: We’ve all seen commercials from cell phone carriers, big and small, sign up with our service, add a new line, whatever you choose to do, make a change to your account, you get a free iPhone. You buy one, you get one free, you buy two, you get two free, whatever deal it is they’re running. There’s always some kind of special out there. And unfortunately not all of these specials live up to the hype and according to a new class action lawsuit, Verizon was actually running one of these promotions over mother’s day that turned out to be no promotion at all. Joining me now to talk about this is Scott Hardy with top class actions and Scott, this is pretty cut and dry. Right? This couple went in there for a mother’s day promotion at Verizon, store said, add a line, buy an iPhone, get one free. Uh, that’s not what happened for these folks, is it?

Scott Hardy: No, it’s not. They thought it was very cut and dry. You know, if, if you buy one, by one phone and then you add a phone, you can get another line, you get one for free. Seems pretty simple. Hey, I want to get a new iPhone for myself. I’m going to come in. My wife needs one. Let’s go ahead and add a line. I’ll pay for mine, but hers is going to be free. Great, great, simple. Not simple. All of a sudden they add the line, they shake the guy’s hand at the Verizon store and then they start seeing charges every month on their plan. And they’re, what is this for? Oh well that’s the installment plan to pay for that phone. What? That phone was supposed to be free and Verizon said, no, no, no. I don’t know where you got that idea.

That’s crazy talk. Thank you for paying us and no, we’re not going to refund your money, but best of luck. And so he got sick of it, eventually talked to a lawyer and now here we are. We have other reports of other people saying the same thing. They walked into a Verizon store, they asked for that, buy one get one promotion and then all of a sudden they’re getting charged for that free phone and that of course is not right. We’ll have to see what Verizon does here.

Farron Cousins: And, you know, one of the more deceptive parts of this too is the fact that this was a mother’s day promotion. They, they had been running this as, hey you want a new iPhone, mom wants a new iPhone, you buy one and then you get one to give to your, your mother. I mean they, they really went all out, laid this on pretty thick for people and yeah, so a lot of people like that’s a great idea or I just, I need a new phone because I want a new line. Like in the case of this family for their son. They, they wanted to get him a phone, get him a line of his own and it’s just, this one to me really gets me because I see ads. I’m sure you do too all the time. There’s always some buy this, get that with these cell phone companies.

And then at the bottom of the screen there’s all this fine print that even if you have a massive TV, you still can’t quite read it and that’s, that’s where getting people. I mean it is, it is deceptive. There is nothing clearly marked anywhere in these stores or on those big signs they have out on the windows that has all this fine print that says, hey, it’s not actually free. We’re going to charge you for it. So this to me seems like something that not only is going to result in a settlement but hopefully end the practice altogether or make it more transparent because that’s what’s needed. You know, yes, we need to make these people whole again, but we also have to stop this practice from happening in the future.

Scott Hardy: Yeah, we absolutely do. We need to make sure that if you’re signing up for something, if it’s a buy one get one free and you’re promised it that that marketer delivers on it. That that company delivers. If I could go in there, pay full price for a new iPhone and if I add a line, you’re going to give me the exact same iPhone I just bought for free. Just do it, follow through on it. You’re going to make that money on the services that I’ve added here longterm. That’s what when I was in the cell phone industry, that’s the way it worked. We didn’t try to hurt people in that process. So hopefully Verizon do the right thing. They’re, you know, a beloved company here on the cell phone side of things. So it should be relatively easy to identify who was impacted by this and put that money back in their account.

Farron Cousins: Yeah, this, hopefully, again, this would be something that gets resolved rather quickly. Verizon has the money for it. So let’s see if they end up doing the right thing and just say, listen, we don’t want to go through litigation. We don’t want to drag this out. Let’s just settle, come sign up, here’s who was affected. And in the meantime, if you were the victim of one of these buy one get ones, whatever it is, please follow the link in the description of this website. Go to top class actions and if you have not already done so, please as I encourage everyone, subscribe to the weekly newsletter. Scott Hardy with top class actions, thanks for talking with us today.