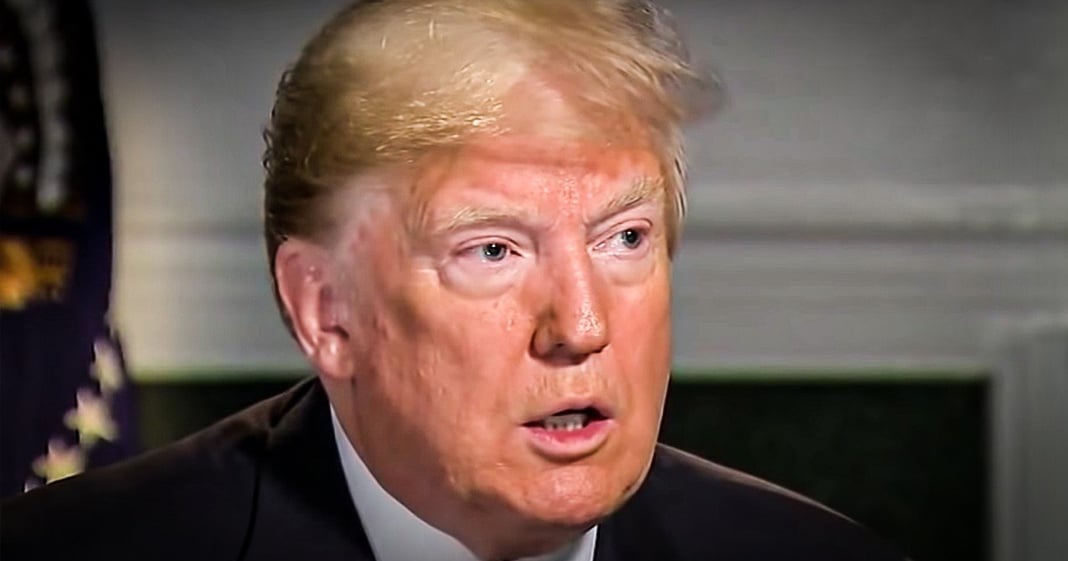 The only thing in this world that Donald Trump cares about is his ratings. Whether it is in the polls or his TV ratings, he is obsessed with people admiring him. Over the weekend, the President bragged about the number of people who are tuning into his daily briefings, even as the death toll and number of positive cases in the pandemic continues to rise. Ring of Fire’s Farron Cousins discusses this.

The number of coronavirus cases here in the United States is rising by the day. The number of people dying is rising by the day. All of the numbers are going up, but Donald Trump doesn’t care about those numbers. There is only one number that he cares about and that is the number of people who are tuning in each and every day to watch his ridiculous daily briefings about how good his administration is doing, tackling the virus. Over the weekend, Donald Trump tweeted this out. He said, and this was in quotes, I’m not sure who he’s quoting here. But says, president Trump is a ratings hit. Since reviving the daily white house briefing, Mr. Trump and his coronavirus updates have attracted an average audience of eight and a half million on cable news. Roughly the viewership of the season finale of the bachelor. Numbers are continuing to rise. Well, you got that last part right, Mr president numbers are continuing to rise. The number of people in this country testing positive for the coronavirus continues to rise. The number of people being sent to an early grave because your administration is so incompetent. That number continues to rise.

And all you’re doing is sitting here bragging about your, your ratings. The number of people tuning into this thing every day. Trust me, dude, they’re not tuning in because they want to see president Trump and they’re just like, ooh, Trump’s on TV. I’m so excited. No, it’s what is this idiot going to lie about today? How bad has the problem gotten? You know, is he going to let Dr Fauci actually say something meaningful and true or is he going to cut him off too? That’s what they’re tuning in to see. But none of that matters to Trump. It doesn’t matter if people are tuning in to watch him fall flat on his face or if they’re tuning in because they worship the ground he walks on. All of it’s the same to him. It’s eyeballs on him. He has to be the center of attention even as Americans are dying. He has made the pandemic about his ratings folks. This man is insane and I’m not worried about him getting mad at me saying that because I would like to see him try to prove that he is not insane.

We have the 25th amendment for a reason, and I think at this point, that reason is because of people like Donald Trump. This man is completely unfit for office. His narcissism is literally getting people killed right now, and all he cares about are the number of people that tune in to watch him every day. So here’s a tip. Don’t do it. Don’t be tempted to do it. Everything he says in those briefings is available either via transcript or a summary online, typically within like 10 to 15 minutes after these things air. Go look at that. Go read that. It’ll save you time and it’ll be far less frustrating. That’s the best way to handle this. He wants your eyeballs, so don’t give them to him, especially because you know that if you tune into that, you’re not going to hear an ounce of truth while Donald Trump is speaking.