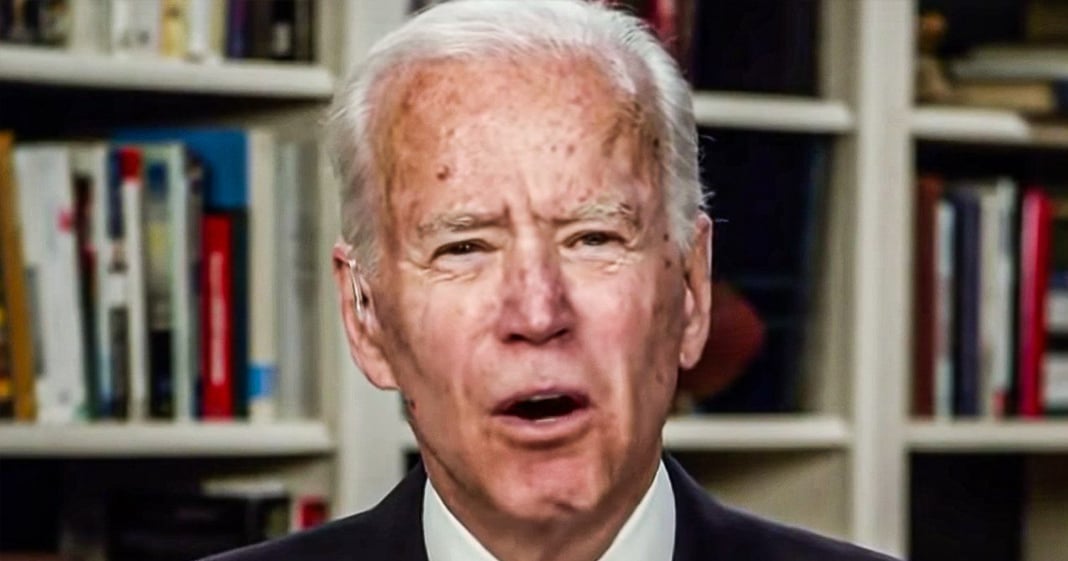 Joe Biden’s latest poll numbers against Donald Trump should make every Democrat in this country nervous. The former Vice President is suffering from a near-complete lack of enthusiasm with American voters, including his own supporters, and that’s exactly what happened with Hillary in 2016. The establishment and the voters are making the same mistakes they made in 2016, and they’re going to yield the same results, as Ring of Fire’s Farron Cousins explains.

A new ABC news and Washington post poll was released over this weekend that shouldn’t leave anybody that calls themselves a Democrat feeling hopeful about the 2020 presidential election. This latest poll looked at the head to head match-ups between Donald Trump and Joe Biden and it looked at enthusiasm. It looked at where each candidate stood on the issues in terms of support from the public and it revealed that yes, we are reliving 2016 folks. Not only is Joe Biden statistically tied now with Donald Trump and head to head matches, whereas just a month ago before the whole pandemic, Biden was beating him by a fairly decent margin and now they’re tied. Even after Donald Trump bungled the response for the pandemic, he is still tied with Joe Biden. So impeachment didn’t affect him. Pandemics not affecting him. Joe Biden’s in trouble. But honestly, folks, that’s not even the worst part of this poll. The worst part is that much like Hillary Clinton, there is absolutely no enthusiasm among Democrats to vote for Joe Biden.

Only 24% of Democrats say that they are very enthusiastic about voting for Joe Biden. That number is over 50% by Republicans who say they’re very enthusiastic about voting for Donald Trump. That spells disaster, and that’s Joe Biden’s biggest problem. That enthusiasm gap. Why, why should we vote for you? What are you offering? How are you going to make our lives better? Here’s the thing I think a lot of people don’t quite understand. You know, we have sat here every single day for the last three plus years talking about all of the horrible things that Donald Trump has done. All of the people he is injured, all of the economic harm he has inflicted. All the attacks on healthcare, all the empty promises, all of it. But here’s the thing. Most of the things that Donald Trump has done do not personally affect most Americans. The trade wars have absolutely devastated American farmers.

That’s, that’s true. That is a policy that is 100% Trump that had a very real impact on these people’s lives. They have lost a lot. But look at the average person walking down the street. Okay. Has their life changed since Donald Trump came into office? Did it get worse? Did it get better or did it stay the same? For most people, the answer is it stayed the same. And that’s the problem, folks. If things aren’t getting worse for too many people and you have a candidate who’s not offering anything different than those people are thinking, well, nothing’s changed for me as it is. You’re telling me nothing’s going to change under you. So why should I switch horses right now in mid stream? Like, why not, why not just keep with the guy who hasn’t effected my life?

And that’s where the enthusiasm gap comes in. Now, if Joe Biden were actually out there offering something to benefit most people instead of a health insurance plan that still leaves 10 million to die, maybe he’d have a little bit more support. If he was offering debt-free college, student loan forgiveness, a green new deal, anything like that, there would be enthusiasm. But he’s not offering that. He’s offering people more of the same without realizing most people’s lives haven’t actually changed under Donald Trump. And I know that’s a sad reality for people to accept, but it’s reality nonetheless. Honestly, look at your day to day life. Tell me what’s different between now and five years ago. You’re still paying astronomical cost for pharmaceuticals, but you also did that under democratic presidents. If you’re not a minority, and I know that sounds horrible, but you’re not experiencing the hate crimes that we have seen increase under Donald Trump and most people don’t even think about those things.

You know, we do, we talk about it all the time and we know how important it is to get Donald Trump out. But you try hammering that into the head of just the average person out there in the United States. It’s almost impossible. So that’s why the Democrats have to offer them something better and instead they’re offering just a guy who doesn’t tweet as much. That’s not gonna work. If Joe Biden is the nominee, Joe Biden is going to lose to Donald Trump. I’m not saying that because I hate Joe Biden. Trust me folks, I am not. I am trying to get all of us on the same page here. We can look at the polls now. The polls are awful. The enthusiasm is awful. The policies are mediocre at best, and for millions of Americans who haven’t seen their daily life change one bit since this guy came into office, you have to offer them something better, not more of the same, because if they want more of the same, they’re just going to stick with Trump anyway.