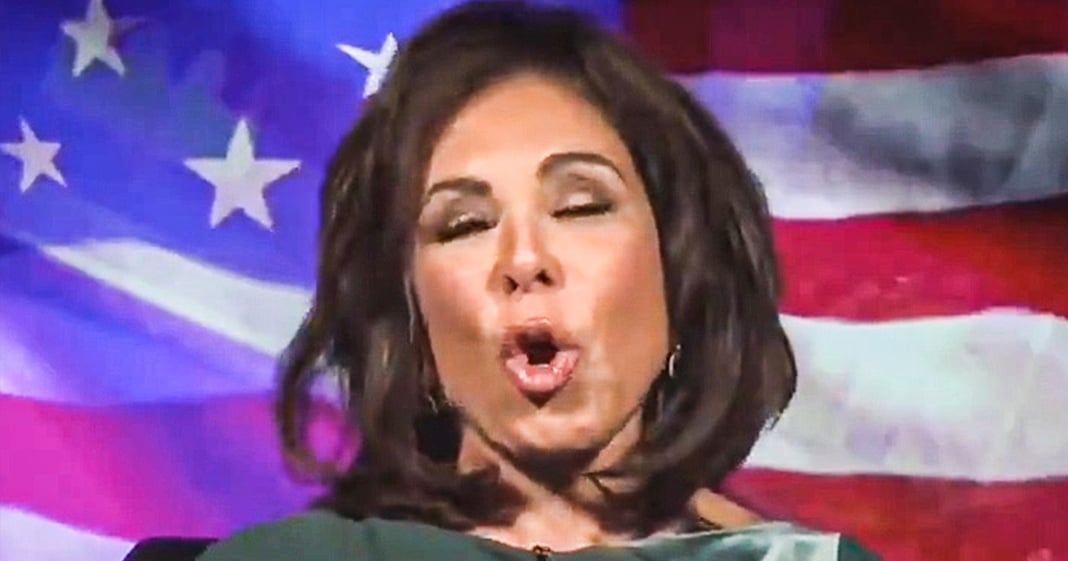 Fox News swears that Jeanine Pirro wasn’t drunk during her show a few nights ago after the internet accused her of having one too many before going on the air. Her speech is slurred, she can’t form her thoughts, and she can’t even sit up straight in the segment, but Fox claims this was just because of technical difficulties. Ring of Fire’s Farron Cousins discusses this.

So Fox news had a bit of an interesting thing happen to them on Saturday evening during justice with judge Jeanine Pirro. Where it appeared that Pirro had been drinking before going on the air. Here is a snippet of her program from Saturday evening.

Jeanine Pirro: Welcome back to justice. Just the other day the president talked or was hoping about the possibility of reopening everything on Easter Sunday and in a way where we can kind of come out of this, uh, quarantine as loose as it may be that we’re involved in. And Lisa Boothe, the Fox news contributor is here to talk with us tonight about whether or not that’s even a possibility. How are you Lisa?

So yes, on the surface it absolutely looks like this woman may have had a few too many before she decided to go on the air. After all, she’s recording from her home. You know, she’s not in the Fox news studio. She is home where the liquor cabinet is. And so she’s kinda just slouched back there. She’s like, welcome here we go. I guess we’re doing this now. Uh, you know, the president was try. Alright, but for real, that looks like somebody who’s drunk and the internet was very quick to point that out. This clip made the rounds. Everybody’s commenting about how drunk she is. One person commented about how she had drunk girl hair, which Jeanine Pirro got on Twitter, saw that comment and responded no, it was my IFB ear piece that got tangled up in my hair and was kind of pulling it and I didn’t have any staff there to tell me that my hair was all messed up.

You know, kind of like this while you wait for the prompter to catch up. But it doesn’t make you sound drunk and a true professional would be able to actually kind of ad lib a little bit and wait for the teleprompter to catch up with where you are in the script. I’m not saying judge Jeanine was definitely drunk, but I am saying that if she can’t come up with some kind of solution for a slight delay in the teleprompter, if she can’t ad lib for just five seconds and wait for the monitor to catch back up, then she has no business being on a prime time cable news network.