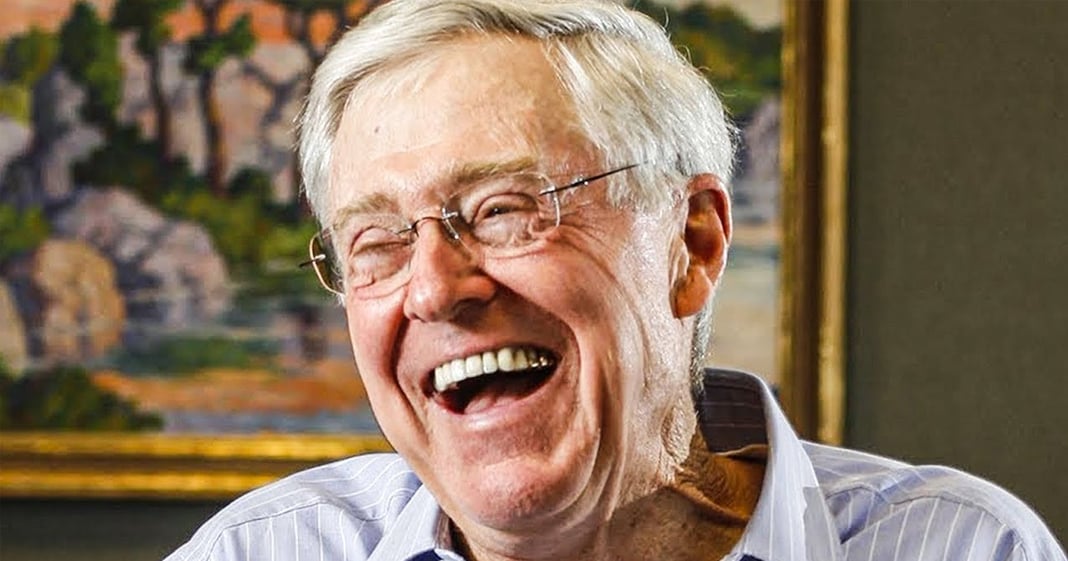 Republicans have spent decades telling us that the government is the cause of most of our problems here in the United States. They’ve spent billions of dollars crafting this message and electing politicians who will put these words into action. And in a time of crisis, the government becomes crippled because of the kneecapping we’ve witnessed from the Republican Party. They are responsible for what’s happening today, as Ring of Fire’s Farron Cousins explains.

You know, it’s really easy to go ahead and just blame Donald Trump for the, you know, pandemic spreading across the United States right now. The fact that we are now the world leader in the number of confirmed coronavirus cases, and to be honest, Donald Trump does deserve most of the credit. He is the president. He has failed to take action. But I think giving him all of the credit for the spread of this disease is misguided because I think the real blame lies with the Republican party itself. For decades upon decades upon decades, if not even longer the Republican party has been telling us the government is the problem. You know, that right wing ideologue Grover Norquist once famously said, let’s make government so small, you can drown it in a bathtub.

And Republicans have succeeded in doing that. Just in the last three years that Donald Trump has been in office, what have they done? They’ve cut government agencies, they fired federal workers. They’ve reduced the budgets for the very agencies, including in this year’s proposed budget, that hasn’t been changed by the way that would be responding to this pandemic. They set themselves up for failure because they hate the government so much. The Koch brothers now Koch brother have been railing against the government for decades. Funding candidates who they know are going to go to Washington DC and try to cut the government down to size just like Grover Norquist wants them to do.

And now look what’s happened. We’re in that worst case scenario of what happens when you have a dysfunctional federal government. This is the Republican’s dream. It may not have the outcome that they wanted, but that’s because not a single one of them was intelligent enough to understand that we need a strong federal government. And if you’re still out there today arguing that, no, we don’t, we need states rights. You’re an idiot. This we, the proof, the proof is around you right now. All around you of why we need a strong federal government. Need more proof, why don’t you look at my state of Florida here.

We had a governor, he shut down the schools, you know, superintendents shut down schools. That’s good, right? Keep the kids away so they don’t get contaminated. That’s great. But what they didn’t do is they didn’t shut down all the beaches. They let all the spring breakers come down here. And then after about a week or so of spring breakers, not only getting infected and spreading infections according to recent reports, they also took a lot of our supplies. You know, our, our groceries, the things everybody’s running out of. The toilet papers, hand sanitizers, yeah, they took that back home with them. So we’re just kind of screwed down here. They’ve spread the virus, they’ve taken our supplies, and then, oops, here we are and that’s because the government didn’t do anything. They didn’t want to lose any money. A strong federal government could have stepped in and shut that down immediately, but they didn’t.

The centers for disease control could have done something, health and human services. But oops, we like to cut those. We don’t like them working on public health initiatives. Folks, here’s the bottom line. This story could be about more than just the pandemic, just how small government has screwed us over in response to the pandemic. Small government has screwed us over in response to climate change. Small government has screwed us over in terms of expanding social security, expanding Medicaid and Medicare. Funding public schools, increasing the budgets for police offices, fire departments. Right? Republicans are to blame for all of that folks. This is them. This is part of their party platform. It is part of their ideology and if you want to see us avoid catastrophes like this in the future or catastrophes like the other ones I just mentioned, then I suggest you stop voting for Republicans because this is what they want to do every single time they get power.