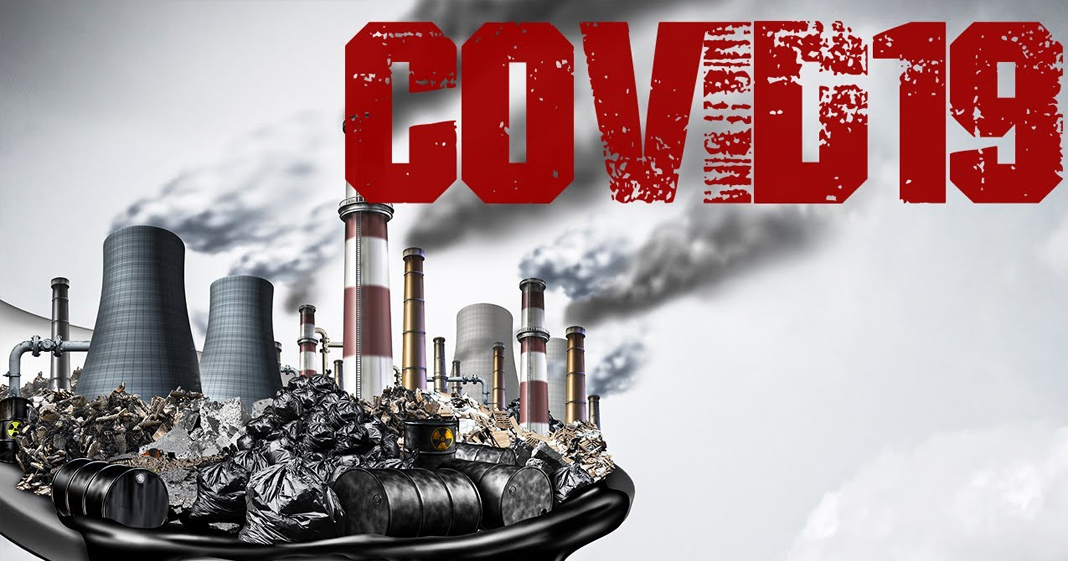 The Environmental Protection Agency has suspended all of their enforcement activities during the pandemic, effectively giving some of the country’s largest polluters a greenlight to destroy as much as possible while no one is looking. This is only going to set the stage for a situation that is going to dwarf the current pandemic in terms of both human life and economic collapse. Ring of Fire’s Farron Cousins discusses this.

The environmental protection agency has been fairly quiet recently and, you know, mostly because they’re not involved in any of this pandemic response. But they did finally chime in this week and they offered their 2 cents on how best to handle this pandemic and their solution was more pollution, the EPA says. More environmental destruction, more toxins in the air and water. Now they may not have said those words, but they did tell corporations around the country that we’re going to suspend any and all EPA enforcement initiatives during this pandemic because, you know, you may need to break those rules to, to help with production of things that, that may be helpful during the pandemic. So, y’all do what you gotta do and we’re just going to be over here, self isolating, not worrying about what you’re doing and, you know, eventually we’ll probably put the regulations back in place except the EPA, when they announced this didn’t put any kind of timetable on there. They didn’t set an end date.

They didn’t say, hey, you’ve got three months to pollute as much as you want and then we’re putting the regulations back in place. Now they just said eventually we’ll put them all back in place. Right? And you can totally trust this agency that’s being run by a former fossil fuel lobbyist. Right? He wouldn’t lie to us except they are and they will and there is absolutely no reason whatsoever on this planet for environmental regulations to be suspended during a pandemic. That doesn’t make any sense. That is not going to help production go faster. That is not going to put more supplies in the hands of those who need it. That’s not going to increase the amount of oil and gasoline available. There’s not even a shortage folks. The reason gas prices are so low right now and oil prices are so low is because Saudi Arabia had a surplus and they decided to go ahead and short sell it.

That, that’s what happened. But we’re being told it’s, it’s all because of the pandemic. No, no. I suggest you look into these kinds of things, folks. This, this is insane. We’re setting ourselves up for a catastrophe that is going to dwarf anything then we have seen from the coronavirus, and that is the destruction of this planet. A virus we can eradicate. It’s going to take some time and yeah, a lot of people are going to die. We could have prevented a lot of those deaths. had we take action sooner and that is the exact phrase we’re going to be saying when these corporations destroy even more and more of our environment. We could have saved a lot of lives had we taken action sooner. We are facing down a climate catastrophe that this country isn’t even thinking about anymore because of the Trump administration. We have presidential candidates still out there telling us, well we can’t get rid of fossil fuels. That’s just silly talk. Folks, we don’t have a choice.