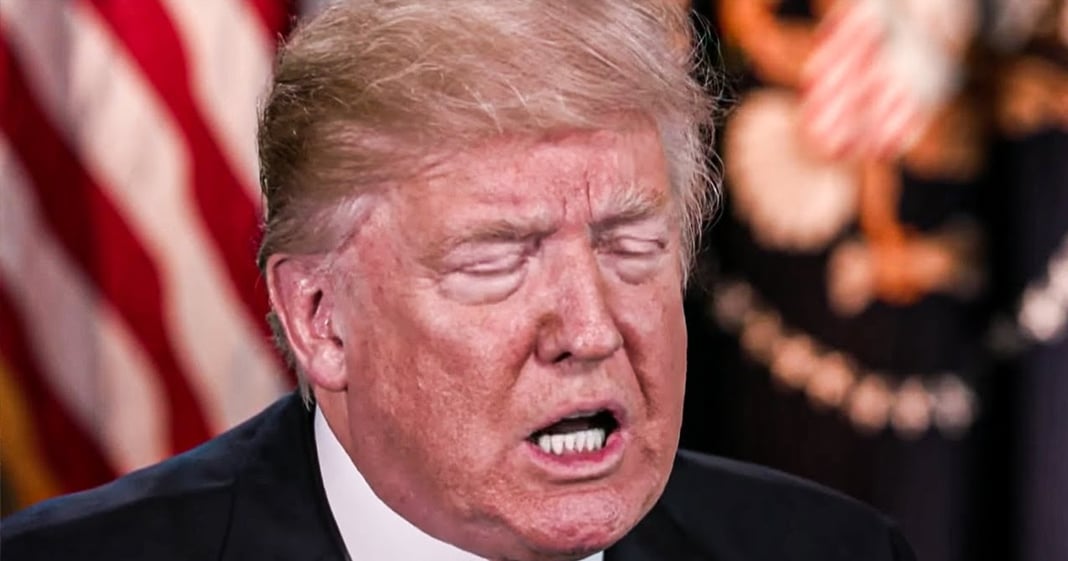 Donald Trump took a surprising turn this week when he said that the country just needs to get back to work, and many assumed that his claims were related to the stock market tanking. But the truth is that Trump’s most profitable golf courses have had to shut down over the past week, and he’s starting to lose A LOT of money because of it. This is where his loyalty lies – to his bank account, not to the American public. Ring of Fire’s Farron Cousins discusses this.

A lot of people were pretty shocked earlier this week when Donald Trump and pretty much everybody who shares the collective Republican brain at the moment, decided that, you know what, maybe let’s just restart the country. Let’s, we don’t care if people get infected. Let’s just kind of do this. Everybody go back to work. Let’s reopen things. Let’s end these stay at home orders, go out there and live your life. If you get sick and die, eh. Shocked a lot of us, right? Well, for Donald Trump, we understand that he needs the economy booming or else he’s not going to win reelection this coming November. But that’s not the only thing though, and it certainly isn’t the stock market. Donald Trump has famously said repeatedly over the years that he doesn’t have much money in the stock market. Right? His money’s in real estate and there in lies the problem folks. Donald Trump’s money is in real estate.

I’m sure he’s got some in stocks. I don’t know much about his finances, but I know a lot of it is in real estate and unfortunately for him, most of that real estate is places that are being hurt because you can’t gather in groups more than 10 according to the president, just a few days ago, before he changed course. And speaking of courses, six of the president’s seven most profitable golf courses around the world have been forced to shut down due to social distancing orders and that news actually came about on the exact same day that Donald Trump changed his tune about social distancing and working from home and basically trying to defeat this pandemic by isolation. He started losing money and now he wants us all to risk our lives, risk the chance of getting this virus so that he can reopen his hotels and golf courses and start making money again.

That’s what this is about and this is just further proof that nobody serving as president of the United States should be allowed to own anything. And I mean that quite literally folks, you should not be able to own anything. They made Jimmy Carter sell his peanut farm, and I know it’s been awhile since you’ve heard me say it, but if you’re a regular viewer of ring of fire, you’ve heard me say it at least several dozen times. They made Jimmy Carter sell his peanut farm. Yet Donald Trump is still able to have his disgusting name plastered across buildings all over the planet while still pulling in the profits because he didn’t divest. His holdings are in a blind trust that is run by his son Donald Trump, jr. and if Donald Trump wants access to them, it has to be approved by Donald jr. and if it is approved by Don jr than Trump does, in fact have access to that. That is how this whole thing was set up when he became president. And that’s how simple that process is. He can call him up and say, Hey, Donnie, it’s daddy. I need my money. And of course Donnie jr is going to say yes sir daddy, anything. You, here’s your money, here’s your financials, here’s the reports, here’s what’s happening in your financial world. That’s it. That’s all it takes.

This is unacceptable. Donald Trump should be forced to sell off every thing that he owns except for the clothes in his closet and maybe one, one residence that he owns. If it’s a commercial property, it has to go, has to go, and it has to go forever because he is now putting this country at risk, putting the world at risk, really by calling for an end to self isolation and social distancing. And the only reason he is doing it is because six of his most profitable properties have had to close their doors and he is now losing millions of dollars. Folks, your life is not worth Donald Trump making more money. It is not. I don’t even care if you’re the most hardcore redneck MAGA hat wearing Trump supporter out there. Your life is not worth Donald Trump making a few extra bucks. Nobody’s is. This man has to go. We have seen where his priorities lie. We have seen what he holds valuable, and it isn’t the life of a single American citizen. It’s his bank account.