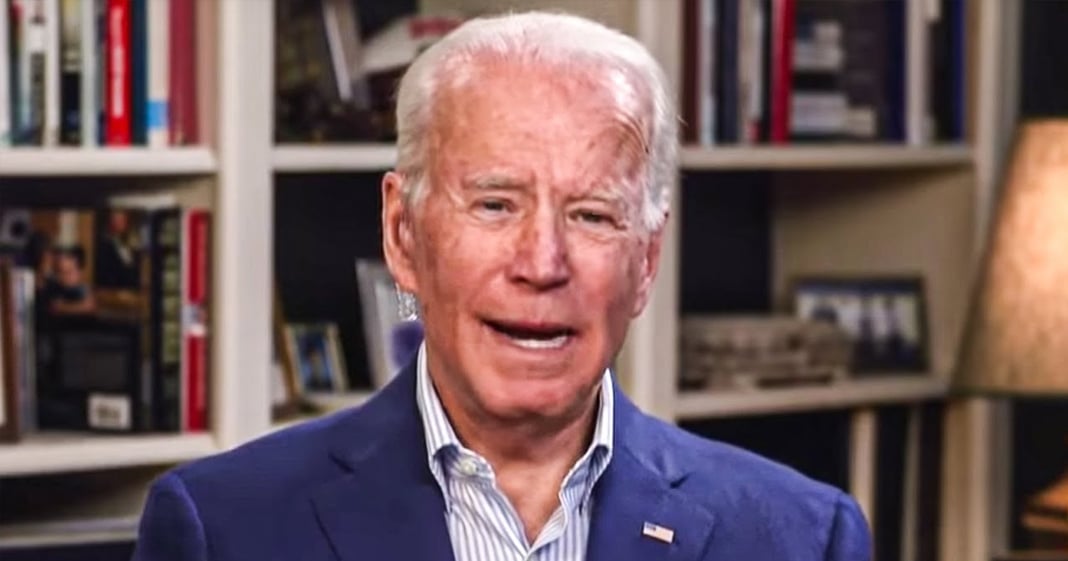 A former staff assistant for Joe Biden has accused the former Vice President of sexual assault. The assault allegedly occurred all the way back in 1993, and the victim, Tara Reade, says that she has been trying to tell her story since it happened. The media is starting to talk about the story, and this is the kind of thing that cannot be ignored. Ring of Fire’s Farron Cousins discusses this.

So one of the big stories that has evolved this week that does not involve any kind of viral infection is the sexual assault allegations that have been leveled against Joe Biden by a staffer. These allegations date all the way back to 1993 when the former staffer, a woman by the name of Tara Reade, claims that Joe Biden had forcibly pushed her up against the wall. She was wearing a skirt at the time. He took his hand up under her skirt and allegedly penetrated her with his fingers. I’m not going to go into, you know, obviously all of the details with this, but that is the story that Tara Reade has come forward with. These allegations were made public earlier this year, but she told the full story earlier this week on the Katie Halper Show. The Intercept has also looked into this. They have interviewed friends and family members of Ms. Reade, who do confirm that at the time she told them that this happened.

Now, here’s the thing we’re, we have to deal with right now and we do have to address this. This is not a story we can ignore. This is not a story where we can just say, oh, she’s lying. She’s making it up. Right? I mean, Joe Biden himself has said that when a woman comes forward with a story, it’s our obligation to believe her and it is. I mean, that’s what the whole time’s up movement is about. The whole me too movement is about, and actually that’s also where the story starts to get a little bit more weird. Right? Because according to the Intercept, Ms. Reade Did go to the times up legal defense fund earlier this year, tried to get them to take this on and they declined. They said, well, we can’t do this because that could affect our nonprofit status because you’re talking about going after a presidential candidate. So we can’t get involved with this at all. Well, it turns out that the PR company that times up uses is actually run by a woman by the name of Anita Dunn and Anita Dunn, who not only does the PR for this group through her PR company, also advised Harvey Weinstein. She happens to be a top adviser for Joe Biden’s campaign.

So a lot of, uh, I guess you would just call it weirdness kind of happening with this story. But here’s the thing, folks, we do have an obligation as Joe Biden himself said, to believe women when they come forward. As it stands right now, this is a developing story. This is something we’re going to stay on, but this is also something we need to take seriously. We have been saying for months, even without this story, that Joe Biden’s got a lot of baggage and there’s gonna be a lot more baggage that comes out as we inch closer and closer to the election. These kinds of stories are dangerous and damaging, not just for an election, but for the country itself, folks. If this indeed did happen, that is something we need to know about. If this is the kind of person Joe Biden is, that’s the kind of thing we need to know about. Right?

I mean, if, if Donald Trump had been accused of this, we would be talking about it. We would have already done several segments on this, and we’re not sitting here saying that this is true or that this is untrue. We’re just reporting on what has been told so far. We are going to reserve judgment. We’re going to let the story unfold because that’s what a responsible newsperson would do, but we have to address it and we have to understand that this story is now out there in the ether. We have to be diligent. We can’t jump to any conclusions. But we do have to understand that there are stories out there about Joe Biden, his behavior with women that are unsettling, and we cannot overlook those. We don’t overlook them with Donald Trump, and we’re sure as heck not going to overlook them with Joe Biden either.