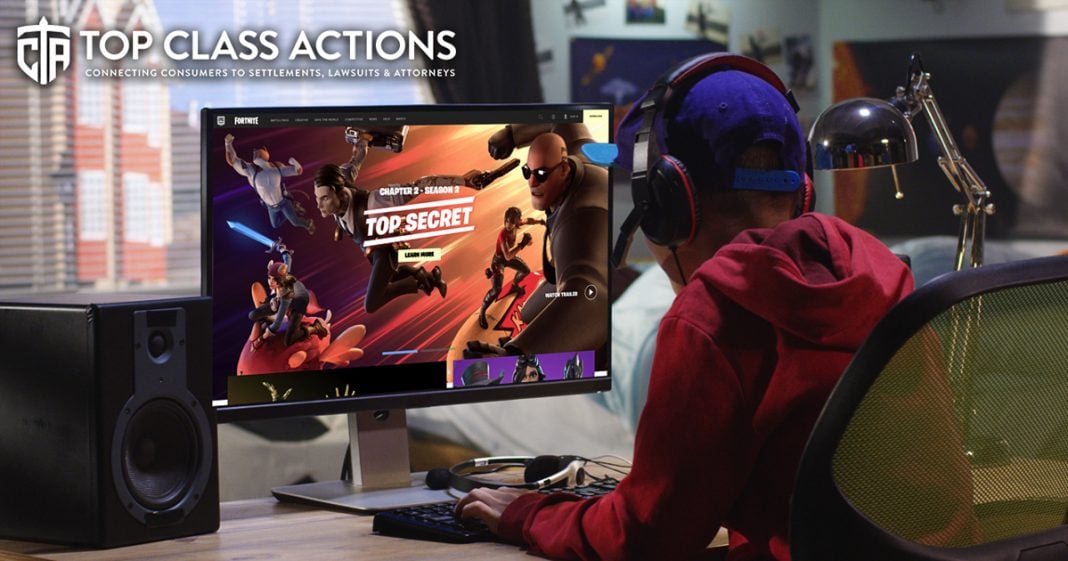 A mother has filed a class action lawsuit against Sony Interactive Entertainment over claims that her child made more than $1,000 in in-game purchases while playing Fortnite. Brandi Crawford says the game and how it is played through the Sony PlayStation encourages young players to make in-app purchases. Allegedly, the game does not warn parents of minor players that these purchases can be made. Ring of Fire’s Farron Cousins discusses this with Scott Hardy, the President of Top Class Actions.

Farron Cousins: In app purchases have become the scourge of everybody who engages in online gaming, casual gaming, mobile gaming, whatever it is in app purchases can really ruin a game for somebody. But kids don’t seem to understand it, right? I mean, it’s difficult to get a young child to understand that this thing costs money and unfortunately some kids who have been playing the game Fortnite have a debit card linked to this account usually that belongs to their parents and they have been purchasing, in some cases, thousands of dollars worth of in app purchases, which has now resulted in lawsuits against Sony for doing very little, if anything, to prevent this from happening.

Joining me now to talk about this is Scott Hardy with top class actions and Scott, I can’t even begin to tell you how shocked and terrified I would be to find out any of my kids had done what this lawsuit says this, this child did. Spent over a thousand dollars in Fortnite because in order to, to sign up and make your account, you have to have the debit card and this kid’s just sitting there buying, buying, buying. Probably not even realizing what they’re doing.

Scott Hardy: Yeah. I mean, I got lucky when my daughter was playing a Harry Potter themed game and all of a sudden, you know, I saw a couple charges. I’m like what? Because every charge that goes through, I get a, I get notice of it and then my daughter comes back five minutes later. Daddy, daddy, daddy. I’m so sorry. I, I thought I thought it was free. And, you know, she spent 15 bucks. So, you know, in my case we caught it. We’re a good shape, no harm, no foul. But in this case in Fortnite you had the Sony PlayStation, Sony interactive entertainment, which is listed in the class action where this kid was playing Fortnite buying skins, buying upgrades. Because there are certain upgrades and features that you only have access to if you buy them. And kept racking up the charges. She had no idea. She gets the charge statement of that, more than a thousand dollars in charges that she never approved.

And her kid was like, well, you know, I didn’t think it was that much because these are microtransactions and I know with my kids and roadblocks now they could sit there and blow through $25 like that and they, that’s about how much they get a month. But with these different things like Fortnite and other online games and microtransactions, you’re like, well, it’s only 99 cents. It’s only 25 cents. It’s only 50 cents. These are, these are nothing. But when you’re doing it and you’re playing this game for hours, then those things rack up. All of a sudden you have this a thousand dollar charge and she called up Fortnite, she called up Sony said, hey, I want a refund. I never approved this. My kid’s a minor. And they said, go pound sand. You’re out of luck. But as we’ve seen from similar class actions, that answer doesn’t exactly work. You know, we’ll have to see if they actually do pay out a lot to parents who have been covering the habits of their kids.

Farron Cousins: Right. I mean, at the very least, they’re going to have to put some kind of safeguards in there. I know for example, with, with Apple and with Amazon, any kind of microtransaction like that, if you’re wanting to buy a movie from Apple TV or, you know, Amazon fire, you can make it to where you have to put in a pass code, put in your actual Amazon or Apple ID even for, you know, the end game transactions, the updates if you want, you can put those protections in place. And those are there because, yes, you know, when these things first came out, we saw kids would go in there. Even my dad with angry birds, didn’t realize he was buying these golden eagles to beat these very hard levels, spent over a hundred dollars. So now they’ve put safeguards in place on these other things, but it’s time for Sony to step up.

Not only give these people their money back because it was not approved by the cardholder, but also to put safeguards in place. You know, if you want to make a microtransaction, you have to say, hey mom, come in here. You have to put in this pin code. Well, why? And hopefully get the approval that way. And I’m sure there’s plenty of parents who would say, okay, yes, this one time you, you can do this. But without that, without the oversight, without being able to verify with the cardholder themselves, this, this whole thing is just a huge liability for Sony. And yeah, they’ve got the money to pay out the lawsuits to pay people back, but they’re going to rack up a ton more money just sitting and waiting, hoping people don’t notice all the charges on their cards.

Scott Hardy: Exactly. Games like Fortnite are generating hundreds of millions of dollars in revenue for these gaming companies for Sony and every other platform that Fortnite is on every single year. So on one side, you know, they’re incentivized to try to fix this, help parents make sure that kids aren’t overspending. On the other side, they’re making a ton of money on it. So I wouldn’t be surprised that they kind of go meet halfway and say, ah, here’s $20 million. Go away. And make some updates to make it slightly more difficult. But they don’t want to make it too difficult because they’re just generating, you know, nine figures of revenue a year off of that. So we’ll see what happens.

Farron Cousins: Well, let’s hope they settle this thing pretty quickly because I have to imagine that the, the kid whose parent filed this lawsuit, they might be grounded until that settlement comes out. So let’s hope it goes pretty quickly. Listen, there’s a link in the description of this video to this story. Find out all the information by going to topclassactions.com and of course, sign up for their weekly newsletter. Absolutely one of the best resources available out there for consumers. Scott Hardy with top class actions, thank you very much for talking with us.