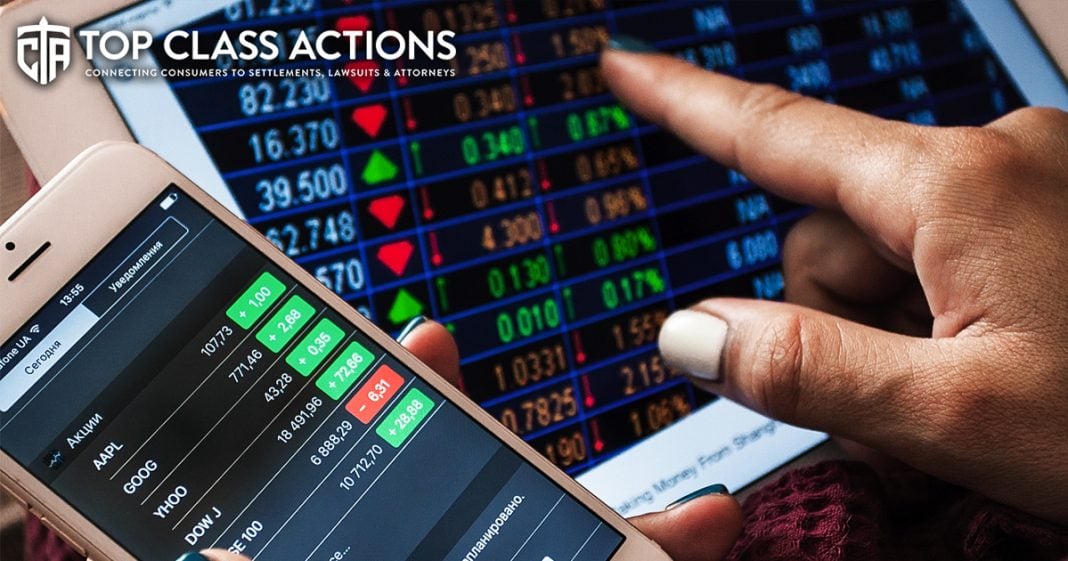 Mobile securities app Robinhood Markets Inc. has been hit with a class action lawsuit by customers, stemming from an outage that occurred on March 2. Plaintiff Travis Taaffe alleges that on that day, Robinhood’s trading platform was fully inaccessible and not available to any of its customers. Robinhood offers “commission-free” trades in securities using an internet/cloud-based platform for customers, according to the plaintiff. Ring of Fire’s Farron Cousins discusses this with Scott Hardy, the President of Top Class Actions.

Farron Cousins:                  Well in case you haven’t been paying attention to the news over the last few weeks, the stock market has been an absolute roller coaster with massive highs and massive lows, mostly massive lows though in the last week or so. But just imagine frustration if you will, if you were a trader and suddenly somehow you got locked out of being able to trade for an entire day. That could result in thousands or possibly depending on your investing level, millions of dollars in losses just from being locked out and that is actually what a new class action lawsuit is claiming against the very popular securities trading app.

And I have Scott Hardy from top class actions with me to explain what’s happening and Scott, you know, reading through this story, I, I felt a ton of sympathy for these people because there’s a lot of people out there, they may not be professional traders out there on wall street, but they do this regularly, all throughout the day using these apps. We see them advertised all the time and then to get locked out, especially in the middle of the insanity happening with the market today. That’s huge, huge losses for these individuals. So, so explain what happened here.

Scott Hardy:                          Sure. So you’ve got 10 million plus Robinhood users. Robinhood has been one of the most favorite platforms for day traders, as you said. You have people that are out there that, you know, are Uber drivers at night and they’re day traders during the day. Anytime you have a massive bull market, it’s going to happen, right? People are just in there. They’re making money, they can’t make a mistake. And so Robinhood, I’ve got a lot of day trader friends that are sitting there saying, use Robinhood. It’s no fee. It’s wonderful. It’s been great. I’ve made a lot of money on it. But lo and behold, you have the trading system go down and so people lost tons of money due to a system glitch.

And of course you have other friends of mine that were trying to sell and they got talked out of it and then the market tanked when things like that happen, you know, these, these traders are losing thousands, hundreds of thousands of dollars, even millions of dollars because they can’t perform a trade. And so in this case, you had the Robinhood app, which actually went down as the, as the stock market rose and so people were trying to buy to get in so they could, they could, you know, just do either quick buys, quick sells, quick trades, and there were, they were completely shut out. And the CEO has been like, my bad, sorry guys. Oopsie. We’re cool, right?

Farron Cousins:                  Especially on the, on the day in question, you know, the Dow Jones rose 1294 points, NASDAQ gained 384 points. So this was one of those, what’s becoming very rare, good days on the market and they just couldn’t do anything. You know, they’re, they’re sitting there holding their stocks or not holding anything wanting to buy in, hoping to jump in on this and they couldn’t do a thing because somebody couldn’t keep an app running. That, that, that’s a big screw up, you know, that undermines your entire service there. You got one thing to do and that is to make sure this app works and they couldn’t do that and people lost a ton of money through no fault of their own other than we chose this product because we trusted them and they screwed us here.

Scott Hardy:                          Exactly, you know, our website was down partially for about 10 minutes yesterday and I had hundreds of people saying, what the heck Scott? And, you know, if they can’t submit a claim on the website, well that’s a bummer. Right? But they’re not losing money, you know, so we got that fixed up in just a couple of minutes, which was fantastic. But when you’re actually sitting there and you’re a platform that people are trusting and they’re trying to buy and sell securities, you can’t have any downtime at all, especially when you have a massive market upswing like that and people are like, yes, we have this big, massive upswing.

I’m going to short these stocks. I’m going to make a lot of money right now, and boom, they can’t. They’re out of luck. So yeah, massive lawsuits and hopefully Robhinhood, because people love the Robinhood platform. Some of my friends, I’m sure they’re still sticking with it. Hopefully this was just a lesson for them because it is such a well liked platform for day traders that they’ll fix this. Make sure they’re super reliable again, and get over it because their fans, you know, if it happens once, ugh. If it happens twice, they’re going to be gone.

Farron Cousins:                  Absolutely. For more information about this issue, follow the link in the description of this video, go to topclassactions.com and while you’re there, make sure you sign up for their weekly newsletter. Scott Hardy, top class actions, always a pleasure. Thank you.