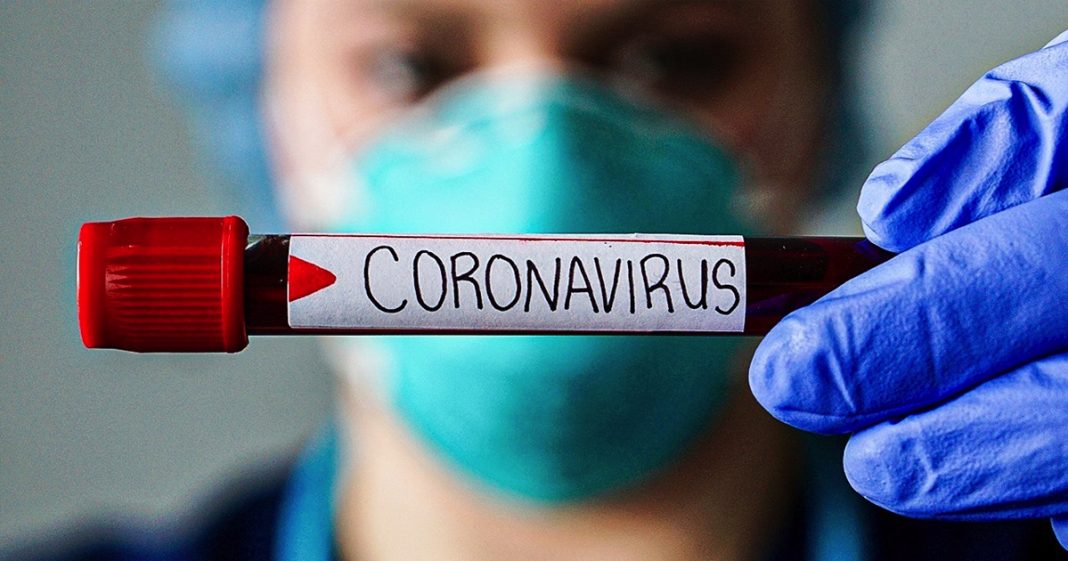 The right wing propaganda outlet The Federalist says that we need to “think outside the box” with Covid-19, and has actually put forward the idiotic idea that we should intentionally infect ourselves with the virus to either build immunity or to perhaps even cull the herd. This is the dumbest piece of advice since right wing grifters said that silver particles could destroy the virus. Ring of Fire’s Farron Cousins discusses this.

If you thought Republican’s going out there and telling us to let our grandparents risk infection to kickstart the economy was bad, wait till you hear about the latest idea that Republicans are offering to help get things rolling back in this country again. It’s a concept called controlled voluntary infection and the Federalist, that right wing propaganda outlet actually put out an article yesterday advocating for this practice. The writer was a man by the name of Douglas Perednia, I guess, Perednia however you want to say that I honest to God don’t care because you’re crazy and here is what you had to offer people. You told them in your article that we had to start thinking outside the box to control this pandemic and one of the ways to do it and you cited all kinds of medical research to back up your claim, is that we need to start throwing chickenpox type parties like people used to do back in the day to get their kids exposed to chickenpox and get it out of the way. But we need to do it for COVID-19 or as you call it, the Wuhan virus. Because of course you got to throw your little bit of racism in there.

Yeah, that’s not gonna work with this. Because here’s the thing with chickenpox, it is very, very, very, very, very rarely fatal. And this was back in the day before we had the vaccines. You know, you got the chickenpox, you got the fever, you got the itchy bumps. Couple days later you would clear up most of us, unless you had some kind of immunocompromised system, then you were okay. It was an annoyance. You got to miss a week of school. Fantastic. And yeah, there were people who threw those chickenpox parties to go and get their kids exposed so they could get it and get it out of the way and move on. And this moron writing for the Federalist tells us we need to do this with coronavirus. Well, here’s the thing, pal. We knew what to do when people got chickenpox. You know, we could control the fever, we could do the calamine lotion, take the oatmeal baths. I’m sure those of us in that generation and before it remember those things and it helped and very rarely statistically insignificant number was this thing fatal.

But with coronavirus we’re dealing with a whole new animal. We don’t know how to treat it. There are no effective proven, approved treatments out there yet. And you’re telling people that maybe we got to start letting our kids go out there and just get exposed to this and, you know, this idea of herd immunity. Get enough people infected by it, their bodies develop the antibodies for it, then they can’t get it anymore and that will reduce the number of cases out there because they can’t spread it. You’re welcome to go first Douglas if you like. Go out there and get yourself exposed. Get everybody at the Federalist exposed to this thing and then you tell me if this is a good idea. And you actually make the argument and again, you do use medical data that hey, you know, it’s not usually fatal for kids. So, you know, what’s the big risk? They’re more likely to survive it than anybody else.

Folks, you now have Republicans and crazy right-wing grifters out there on one side telling us, grandma, grandpa, I’m sorry, but maybe you have to sacrifice yourself for the economy. Then you have other people like the Federalist saying, you know what, let your kids get the virus. If they live, great. If not, eh, they probably weren’t gonna make it anyway. This is crazy. This is crazy talk and it’s time that we start treating these people as such. The Federalist is not a serious news organization. They are a propaganda outlet for bizarre, right wing conspiracy theories that are eventually going to get people killed. If we listen to what Mr Perednia says here in this article, people will die. But he seems okay with that because, hey, maybe that means we get a couple more points in the Dow. Maybe the stock market ticks up a couple of points for a few hours. They’re willing to let your kids die for that to happen.