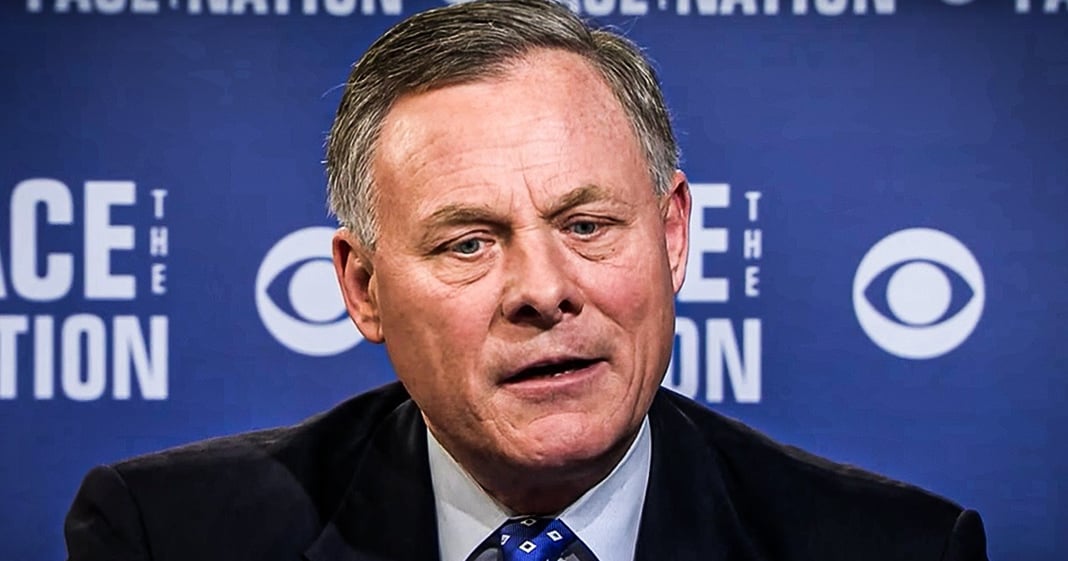 Republican Senator Richard Burr has been hit with a securities fraud lawsuit, claiming that he engaged in fraud when he used his classified intelligence as grounds to sell off his stocks before they tanked. The lawsuit says that the Senator used nonpublic information to make these decisions, and that this is an illegal practice. Burr might be the first of many members of Congress to face such lawsuits, as Ring of Fire’s Farron Cousins explains.

Last week it was announced that Republican Senator Richard Burr was one of the Republicans, actually one of the senators, because there’s a couple of Democrats in there too, who had essentially engaged in what they’re calling insider trading by attending a confidential non-public meeting about the potential pandemic back in January and then proceeding to dump all of his stocks that he knew would tank as a result of the knowledge that he and only a select few members of Congress had access to. And it didn’t take long after this news broke for Richard Burr to be hit with a securities fraud lawsuit by one of the shareholders of Wyndham hotels. And that’s one of the groups that Burr owned stock in and sold because he knew that hotels were going to take a big hit. He knew that we were going to have to implement some kind of travel ban here in the United States or that we’d have to go into involuntary or voluntary shutdowns at some point and that was going to hurt the hotel industry.

So Burr took that knowledge, according to the lawsuit, and dumped at least $150,000 worth of Wyndham stock, and that was a good call for Burr too, because that stock shortly after he dumped it, lost two thirds of his value. So Burr would have lost at least $100,000 had he held onto that stock. But instead using nonpublic information, he was able to make the sale, keep his money and live happily and the lawsuit wants to take it all away from him and by God, I hope they do. Because yes, by definition by rules, what Burr did is illegal. Now Burr is out there trying to claim right now that, no, no, no. He only used publicly available information in the media and he used that to guide his stock sales. Unfortunately for Burr, you have absolutely no way to prove that and that’s the problem, bud.

You can’t prove that. We can, however, prove that you did attend a confidential meeting. You did get confidential information that the public did not have and then immediately following this you dumped specific stocks that all tanked as a result of the pandemic. You are up against a wall here, buddy, but here’s the thing. This is a securities fraud lawsuit, not criminal charges. There is a very big difference. This one is seeking money from Richard Burr. Now I don’t care about his money. I don’t think anybody right now cares about Richard Burr’s money. I think what we want to see is Richard Burr and a gaggle of other senators hauled away in handcuffs. We want to see them stand trial. We want to see them walk into a courtroom in an orange jumpsuit with shackles around their wrists and ankles. That’s what we need to see, not just what we want. It’s what we need as a country. We need to show ourselves that we are still capable of upholding the rule of law, that we still take law breaking seriously. Even when the criminal’s a sitting member of the Senate.

That’s what needs to happen. And not just with Burr with Inhofe, definitely with Loeffler and her husband Sprecher. With Feinstein, with anybody else, Johnson from Wisconsin, anybody who engaged in this kind of behavior, which is by definition criminal needs to be treated as such. They need to be removed from the Senate immediately and they need to be prosecuted criminally. That is the only remedy here. If we do not take those steps, if we allow this kind of behavior to go unchecked, it’s going to increase. Don’t believe me. Look at wall street. Not a single, not one banker that engaged in the criminal behavior that resulted in tons of civil lawsuits that either came to a jury verdict or settled for millions upon millions upon millions of dollars because they did wrong. Not one of those bankers was prosecuted and that behavior still continues to this day, to this day. And if we don’t prosecute Burr and Loeffler and Johnson and Feinstein and Inhofe, then you can expect a lot more senators and members of the house to look at this as an example and say, you know what, they did it. So why can’t I?