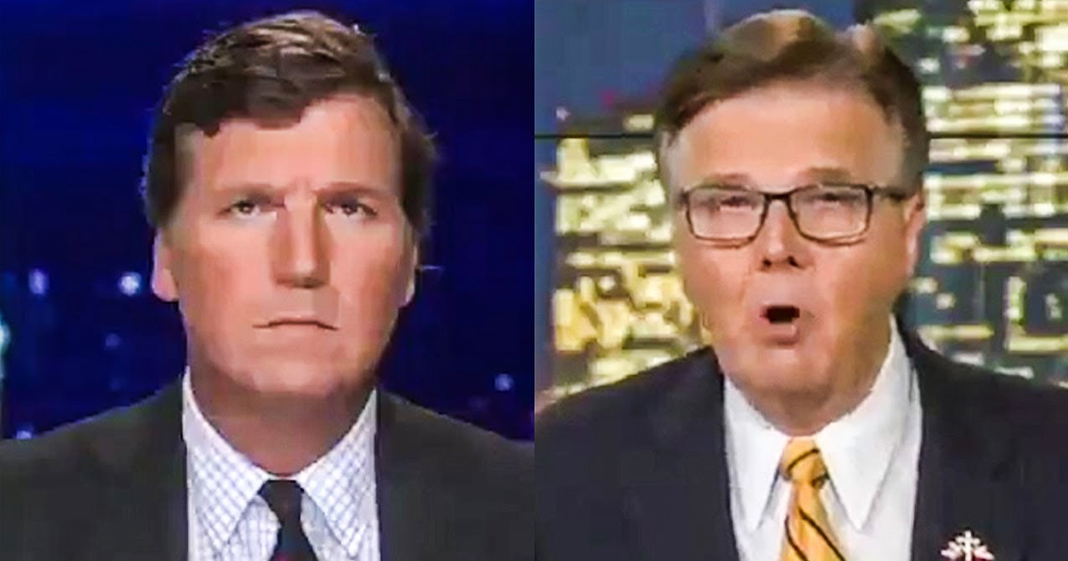 Republicans all over the country have started advocating for people to stop social distancing and return to life as normal so that the markets can recover. They’ve specifically said that this could mean some of our most vulnerable citizens may die, but they don’t seem very concerned about that. They’ve even gone as far as saying that the elderly need to understand that this is for the future of their grandchildren, so they should be willing to accept this risk. Ring of Fire’s Farron Cousins explains how insane this is and what kind of carnage it will cause.

So it’s fairly remarkable. In the last couple of days, the Republican talking points about the ongoing pandemic have changed dramatically and now the talking point seems to be that we should just let the elderly die because we can’t risk the stock market continuing to tank. Now, most of this actually started Monday evening when you had Texas Lieutenant governor Dan Patrick go on Tucker Carlson’s Fox news program and say this.

Dan Patrick: Living in fear of what’s happening to this country. And you know, Tucker, no one reached out to me and said, as a senior citizen, are you willing to take a chance on your survival in exchange for keeping the America that all America loves for your children and grandchildren? And if that’s the exchange I’m all in. And that doesn’t make me noble or brave or anything like that, I just think there are lots of grandparents out there in this country like me, I have six grandchildren that what we all care about and what we love more than anything are those children. And I want to, you know, live smart and, and, and see through this, but I don’t want the whole country to be sacrificed. And I, and that’s what I see. I’ve talked to hundreds of people, Tucker and just in the last week and, making calls all the time.

And, and everyone says pretty much the same thing, that we can’t lose our whole country. We, we’re having an economic collapse. I’m also a small businessman. I understand it and I talk with business people all the time, Tucker and, and I’m so my, I’m just, my heart is lifted tonight by what I heard the president say, because we can do more than, you know, one thing at a time. We can do two things. So, you know, my message is that, let’s get back to work. Let’s get back to living. Let’s be smart about it. And those of us who are 70 plus, we’ll, we’ll take care of ourselves, but don’t sacrifice the country. Don’t do that. Don’t ruin this great American dream.

Now, shortly after Patrick’s message on Tucker Carlson’s show, which by the way has an overwhelmingly elderly audience. After this message went out, it seemed to be adopted by everyone on the right. We had other Republican lawmakers, Republican talking heads, Republican grifters, everybody out there telling us, yes, we can’t sacrifice our freedoms just because we’re scared of the virus right now. No, listen morons, I know you all just share one collective brain and that’s why you’re all saying the exact same thing right now. But here’s the thing, nobody is sacrificing anybody’s freedoms. Okay, we still have the bill of rights. We still have the constitution. Literally none of our freedoms are under attack. But I like how you’re framing it that way because then you make it seem like, oh my God, the very country itself could crumble. But what you’re really talking is the stock market.

You know, that artificial thing that we created decades ago to help prop up businesses that we now base our entire economy off of. And yes, there are plenty of workers in this country struggling and we should be helping those people, but we’re not. The government seems only concerned with helping the stock market, helping big businesses, helping industries that squandered all of their cash on hand and now are begging for bailouts. We need to help people. That’s what’s going to stimulate the economy because guess what folks, you can stay home. You know, you can put yourself into a 14 day, 21 day, whatever it needs to be isolation and still spend money that that is possible. I don’t think Republicans understand that, but you can still contribute to the economy. You can still work from home. You can still be a productive member of society even without leaving your home and these knuckleheads are out there telling us, well, sorry grandma, grandpa, you’re probably going to die but you’re going to die for the stock market, so that’s a noble cause. I mean, these people are literally out there telling us that it is our duty to go out there and say to hell with science because that’s what this is.

It’s an assault on science and common sense in saying, yeah, there’s going to be casualties. It could be hundreds of thousands. It could be millions according to estimates if we followed the advice of these brain dead Republicans. Is your grandparent’s life worth that? Worth a couple of ticks up in a stock market that half the country owns no money in whatsoever? Like we don’t, we don’t have any money in it at all, but you still want us to go out risk grandma grandpa’s lives. Maybe our parents’ lives are depending on our own age or health conditions, our own lives just so that market that we’re not even invested in can take a couple of ticks up. That’s what you want. That’s what you’re asking us to do. Meanwhile, we’re the ones out here asking the government to bail out American citizens instead of big businesses who don’t know how to handle their own money.

That’s what needs to happen right now. You do that, you’re going to save the economy. You can work from home. You can go under a 1421 day, 28 day isolation, whatever it is you’re told to do. You can still do those things and contribute to the economy. Pumping more money into the stock market, sacrificing people’s lives to the gods of the market, that’s not going to do anything to actually help anything in this country. Even if we send everybody back to work today, that market is not going to start ticking back up. It’s not, that’s not how this works. And imagine the economic toll that we’re going to see if we have hundreds of thousands or even more deaths in this country. Not to mention the fact that Republicans need to understand that these people’s lives who they’re risking, you know the elderly population, that’s literally your base.

Those are the people who keep Republicans in office. So if you go and kill them off, your political reign in this country is over with. The entire Fox news viewership will be six feet underground by the end of the year if we listen to Fox news? You really willing to risk that? Because that’s what you’re risking. The market’s not going to change just because some people go back to work. People will die under that situation and Republicans need to remember that these people that they’re putting in harm’s way, that’s their base, and that speaks volumes to what they think of their base. They’re willing to sacrifice your life for a couple of extra ticks up on the Dow.