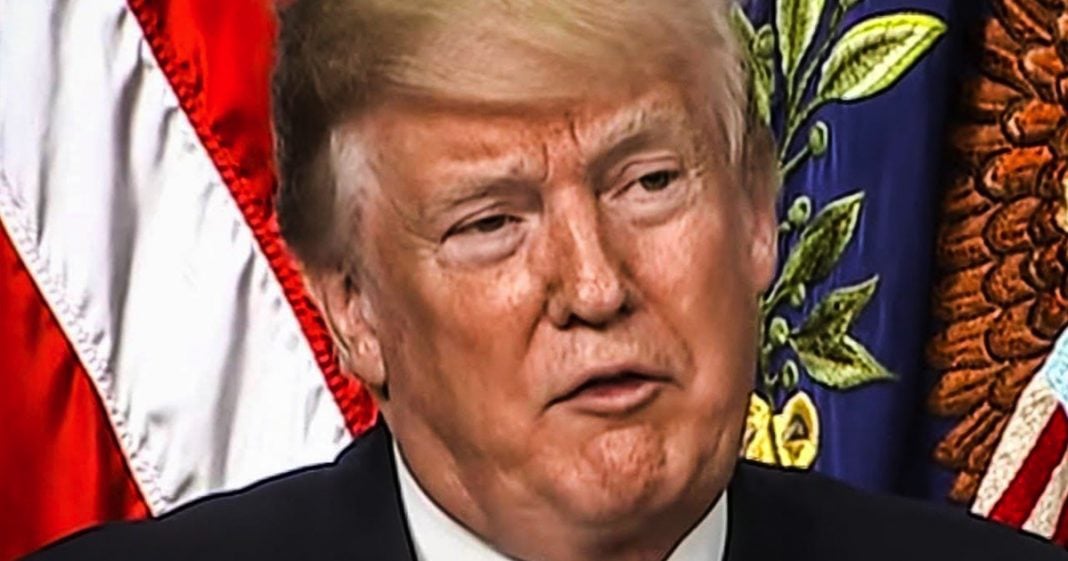 Donald Trump’s handling of the ongoing pandemic crisis could not be worse, and his semi-daily press conferences aren’t doing anyone any favors. According to the latest data, the President has told 33 different lies about the pandemic in just the first two weeks of March, proving again that this man cannot be trusted to lead us in a time of crisis. Ring of Fire’s Farron Cousins discusses this.

Through the first 15 days of the month of March, Donald Trump somehow managed to tell 33 different lies about the pandemic to the American public. Now, during this time period from March 1st through March 15th the first half of the month of March, Trump told a grand total of 71 lies during press conferences and through Twitter, 33 of those pertained specifically to the coronavirus and the government’s response to it and of course at first these lies were to protect his image. You know, trying to make people not freak out about things. They lies like we have this under control. It’s not going to be that big of a deal. You know, we’ve got a great response team. Those, those are lies, folks, and then the lies grew even more absurd. This is somehow Obama’s fault. This is the past administrations that allowed this to happen. No, I never, never had meetings on this, even though it’s well documented that meetings did in fact take place.

Now, all of these lies, 100% of them are meant to protect Donald Trump. Just him. That’s it. That’s what each and every one of these 33 lies was about. Hell, he even lied one time about his trip to India that he just took saying, I didn’t shake anybody’s hands prompting the Indian media to have to release images of Donald Trump shaking everybody’s hands. Folks, he will not stop lying to us, not just about coronavirus, but quite literally everything. Everything that’s all this man knows how to do and every one of these is a lie of self-preservation because that’s what kind of mode he’s in right now. He sees his political future dwindling by the day. Even though, yes, the approval rating for his handling of the crisis somehow at 55% at the moment, I’m willing to bet that it’s going to drop again in the near future. But nonetheless, he is in self-preservation mode because most people in fact are not happy.

They may approve of what he’s doing, but they’re still not happy with what’s happening and they’re going to take that anger and resentment to the polls in November because this thing isn’t going away anytime soon. Okay. This isn’t the kind of thing like I talked about with impeachment. You remember that? How I said everybody’s gonna forget about impeachment by November. Yeah, everybody’s already forgotten about impeachment and, you know, for good reason, people are dying in this country. But they’re not going to forget about this pandemic by November. Absolutely not going to happen and that’s why Trump is freaking out, and that’s why the frequency with which he is lying is increasing. He sees the writing on the wall. He knows that this is all on him. So he’s doing everything he can to convince you that he’s been perfect with it. Don’t believe it. Don’t fall for it. He is giving us deadly advice every single day. Do not listen to him. But do hold onto your anger and carry it with you to the November election. That is the only way to right the wrongs of the last couple months.