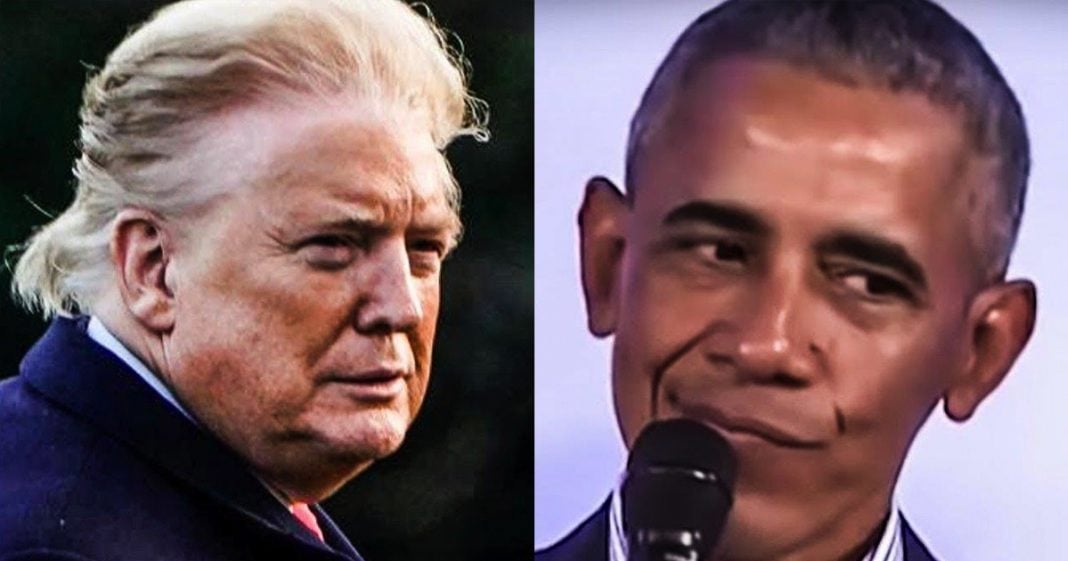 Donald Trump is trying to downplay his disastrous response to the pandemic by trying to shift the blame to as many people as possible. This includes former President Obama, who Trump recently claimed was responsible for the shortage in hospital supplies in this country. Not only is this a lie, but it also makes absolutely ZERO sense in the context of the current pandemic. Ring of Fire’s Farron Cousins discusses this.

It’s no surprise that Donald Trump doesn’t want to take the blame for any of the horrid response we have seen to the current pandemic sweeping across the globe. But what is a little bit surprising is that he thinks his talking points about blaming Obama for this are somehow going to land successfully with the American public. This past weekend, Donald Trump actually told reporters that it was somehow Obama’s fault that hospitals were running out of supplies, and in fact, he implied that it wasn’t just Obama, but literally every president that came before him, it’s their fault that hospitals do not have the supplies to handle the current pandemic. This is what he said when asked by CNNs Jeremy Diamond.

He said, many administrations proceeded me. For the most part, they did very little in terms of what you’re talking about. We’re making much of the stuff now. It’s being delivered now. So he’s somehow trying to blame Obama or Bush or Clinton or Bush or Reagan or Carter or anybody else in front of them, I guess. It’s all their fault that they somehow didn’t order medical device companies to make more ventilators and respirators and masks and gloves and hand sanitizer years and years ago, and somehow that is what caused the shortage today. The president’s not well folks. I know we all know that. We’ve talked about that a lot, but this is a form of psychosis here. This is an absolute aversion to reality. I mean, not just living in his own reality, but he has some kind of repulsion to what’s actually happening in this country today.

Folks, this is not Obama’s fault. This is not George W Bush’s fault. This is not Bill Clinton’s fault. Trump is the president today. He has been the president for over three years now, over three years. This is on him. This entire response is on him. The stock market tanking is on him. He took credit for the rise in the stocks. He’s going to take the blame for the fall. That’s how this works. You don’t get to pick and choose and yet, for some reason the idiotic American public has given him a 55% approval rating of his handling of this crisis. I mean, we’re all, we’re all nuts at this point. I don’t even know what to say because this is driving me insane. Folks, the president has not done a single good thing since this outbreak began. He has been lying to us literally every single day about it, and the lies are getting more absurd and if you fall for that, then I guess at this point we deserve whatever happens to us from this point forward.