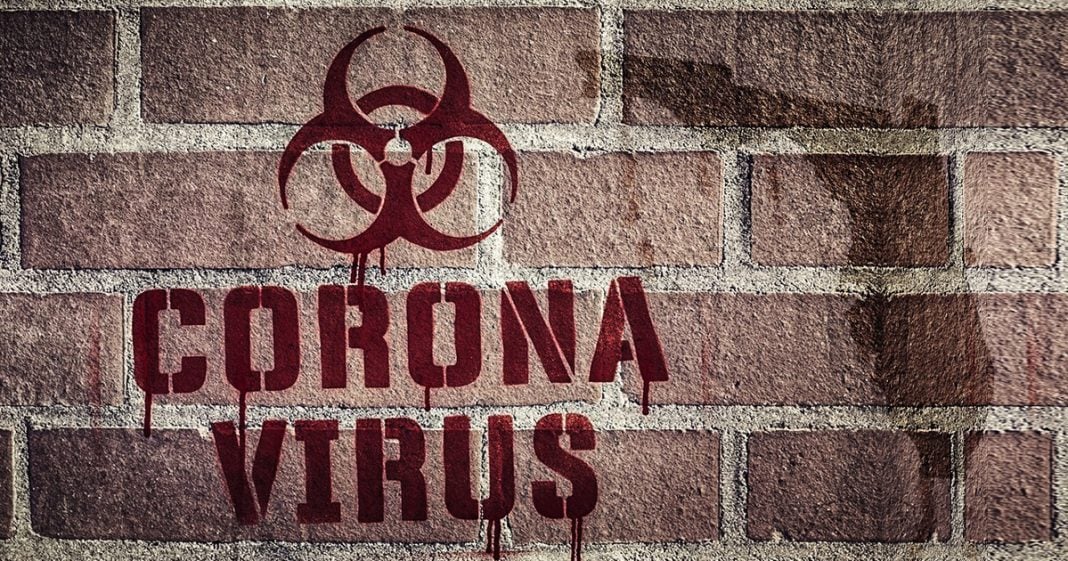 The economy of Florida is dependent on tourism. It is the number 1 industry in the state. As such, the Republicans who run this state didn’t want to risk losing money, so they allowed Spring Breakers from all over the country to enjoy our resources for more than a week before finally shutting it all down. This lapse in judgement is sending people back to their homes with infections that will spread to those around them, and Ring of Fire’s Farron Cousins explains how bad the problem really is.

It’s always Florida, folks, isn’t it? It’s always Florida. You know, whenever something seems to go wrong in this country, you look at the 2000 election, the 2004 election, it’s always Florida and unfortunately the coronavirus is no exception. See our state here and yes, in case you’re new to the program, I live in Florida, I talk about it frequently. I’ve lived here my entire life. I unfortunately live in Matt Gaetz’s district. I would love for anybody else on the planet to represent us, but we get Matt Gaetz. But nonetheless, the state of Florida is solidly controlled and ruled and has been for decades by the Republican party and what our state did recently was nothing. See, Florida’s a prime destination for spring breakers. In fact, Florida is a prime destination for vacationers from all over the world. Our number one industry in this state is tourism. We are dependent upon people coming down here and having a good time using our beaches, using up our resources and then moving on.

But we’re in the middle of a pandemic. Schools are shut down in the state until April 15th and yet in spite of that, the state acted too slow to get the spring breakers out of here. I’m sure if you’ve spent any time on social media within the last week you saw the pictures, you know, thousands and thousands of people packed onto crowded beaches just a few days ago before the state decided to finally shut them all down and send the spring breakers home. So now what’s happened? Well now we’re getting reports that these kids went back to their hometowns, not back to their college towns by the way, and I’ll get to that in a moment, but back to their hometowns and they’re now testing positive for coronavirus. So they either came down here and contracted the virus or they came down here not realizing they had it because it was still in the incubation period, spread it to countless others, both tourists and locals, and then left. Then they go back to their hometowns and again, as I mentioned, colleges across the are shut down, dorms are closed.

So rather than going back to their college town, they went back to their hometown, back to mom and dad if they don’t have an apartment, if they were living in dorms, they got to get the hell out. So they’re back home in their local communities walking around, spreading this virus there before they even knew they had it. Florida acted too slow to stop these people from coming down here. Acted too slow to take precautions to prevent these people from getting the disease and unfortunately we as a public, as a whole together are pretty stupid. So we decided ah what the hell, it’s spring break, y’all. College has closed down for the semester. So yeah, we can party for weeks and weeks with nothing to worry about. We’re young and invincible. We’ve all been there, folks, and it’s difficult to say that we wouldn’t have done the same thing in the same situation. You don’t think the same. I’m not even that much older than that. I still like to think that I’m invincible and I know for a fact I am not.

But here’s the other side of the problem. In addition to Florida acting too slow and helping this thing spread across the country. Do you know what else happened? I live in a beach community down here. Most of Florida is a beach community. I had to go to the grocery store last week because I needed food. That grocery store was packed with spring breakers, nothing but out of state license plates sitting there in the parking lot. The spring breakers coming in, taking up all of our very limited resources in the middle of a shortage. So they screwed us over that way too. We got screwed big time by these spring breakers and the worst part is that they’ve now left our state to go home and screw over God knows how many people in their home towns. And yeah, when this thing starts spreading like wildfire again in 7 to 14 days, probably a good idea to go ahead and thank the state of Florida for being run by complete morons.