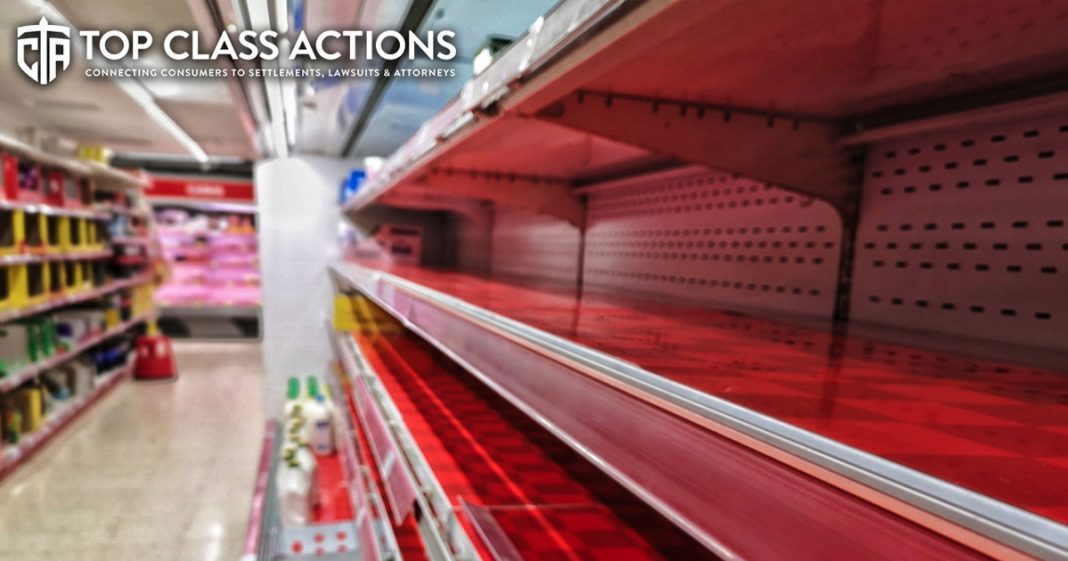 As the coronavirus continues to spread, consumers are seeking legal help in its wake. From hand sanitizer to cruise lines, from swindlers to price gougers, the virus has led to a flurry of new litigation. Ring of Fire’s Farron Cousins discusses this with Scott Hardy, the President of Top Class Actions.

Farron Cousins:                  As it stands right now, there’s really not any aspect of American life today that has not been effected by the coronavirus and the response to the coronavirus and of course litigation is no exception. Right now, we have multiple different lawsuits being filed, some against major corporations, some against just price gougers. All of them related to the COVID-19 pandemic and I have Scott Hardy from top class actions with me right now to run through just a handful really of some of the cases going on out there. So Scott, we’ve, we’ve got tons of them right now and, and this obviously is still developing. I imagine there’s going to be a lot more as we move forward, but, I’m going to turn it over to you. Take it from the top. What are we looking at here in terms of litigation?

Scott Hardy:                          Sure. So we’ll start off with a couple of them. The first one was filed by Florida law firm actually against China saying that they didn’t work fast enough to actually close the borders. They didn’t do enough to shut down the spread of the virus out of Wuhan. Allowing people to not just leave Wuhan, but travel all over the world, which has helped, you know, been a big cause of this global pandemic. Then you have of course, the opportunists who are popping onto this, which include televangelist Jim Bakker. He had a wonderful solution called the silver solution, the silver sol and the optivida silver solution that were sold for anywhere from an $80 to $120 donation. You donate a little money, we’ll give you our magic, not snake oil and boom, coronavirus is cured. But of course, these silver solutions don’t actually cure, stop, prevent coronavirus.

It’s just Jim Bakker selling snake oil. So the Missouri merchandising practice act was violated with that, according to this class action. The New York attorney general said, you can’t do that. Even the FDA said, Jim, what the heck, man? I know you like to profit on people’s fears, but no, stop it. You’re going to be arrested. What you’re doing is illegal. And then we have another one, which is the princess cruise lawsuit and you’re going to see a class action against every single cruise line that had people on board. Princess cruise specifically, they had their cruise ship where they had somebody that tested positive on the previous cruise with coronavirus. Rather than stopping that cruise, they actually let everybody come back onboard. Thousands of people come onboard and all of the crew that were around that person, of course were around all the other crew and that is what caused the massive wildfire of coronavirus to go through that cruise ship. Because you had that one person and then princess could’ve shut it down or could have delayed, you know, that cruise, but they didn’t. So I think they’re going to have a real hard time when you look at trying to defend that lawsuit.

Farron Cousins:                  Well, and it’s, it’s really interesting too because, you know, we’ve, we’ve discussed Mike Papantonio and I, these, these cruise ships, there’s really no screening process other than sign a piece of paper saying that you, you’re not sick, that you do not have this disease. And if you sign it, they say, okay, well great. You’re good to go. So that’s a huge liability issue from them. They do not have safety measures on board to help prevent the spread of disease once they find it on the ship. So they’re in a lot of trouble, but they could also be getting a huge bailout, and they need to understand a lot of that needs to be set aside immediately for these lawsuits because they’re not going to stop coming. Those are a few, we’ve got even more here. So tell us what else. I know we’ve got, we’ve got some price gougers out there from, from Amazon. There’ve been New York Times stories about some of these folks. We, we have this, the suits coming against a, what else was it? The hand sanitizer companies and on top of all of this courts are shutting down. So what else are we looking at here?

Scott Hardy:                          So as you mentioned, Amazon and eBay are getting hit with class actions that are saying that they allowed these massive price gouging to take place where people were buying toilet paper for $100. People were buying large bottles of Purell, the hand sanitizer for $200 and as you mentioned, you had these guys that were trying to call themselves entrepreneurs, but no, they’re just profiteers and grifters that were going around and buying all of these products out from dollar general stores in rural Tennessee. That’s the big one that was on New York Times and they bought thousands of these bottles and then they went through Amazon. They went through eBay to sell them at massively marked up and they sold a ton before Amazon finally said, no más, you cannot do this. This is terrible. Yes, we enjoy profiting 22% for every sale, but we can’t go ahead and continue to allow this because this is taking sanitizer mass away from hospitals, doctors, the elderly.

And there was this one guy who was on the front page going, poor me. I have 10,000 bottles and nowhere to sell it. Wah. Come on man, you’re not an entrepreneur. Go out, find a real, get a real idea. Start a real business that can help people instead of taking away products from people who actually need it. So those are some big ones. As you also mentioned, the courts. Courts are shutting down. If you are a criminal stop. If you’re going to drive drunk, don’t. If you’re going to do anything that’s illegal that could land you in jail, quit it because you could be sitting there for days if not weeks or even a month or more. Because even though you have a right to a fair and speedy trial, if there’s no judge, you’re sitting in jail until you can come to a bail hearing or a bond hearing.

On the class action side of things, most cases are already filed electronically so we could see some delays for settlement conferences and that kind of thing. But a lot of those are also just moving to zoom and telephonic conferences. But do you expect delays. Any settlement that’s currently rolling right now, that they’re, that they’re taking in, that they’re actually taking in the claims, then that one, as long as those settlement administrators are able to process those claims and still work, they’ll still move along. But just be patient even more than usual with class actions because things, payments could be a little delayed, claims might not come out, be able to be processed. The actual settlements might have to wait for a small time period until claims open for them. So please be patient with the court system and do not do anything illegal. If you get arrested, you could be sitting on your butt for a long time.

Farron Cousins:                  We should probably stick to giving the advice of just in general, don’t do anything illegal, regardless of the courts be closed. But no, these are some great stories. And listen folks, there’s a link in the description of this video. Top class actions has all of these available for you on one page. This page is going to be updated constantly as more and more of these suits get filed. So keep that one, that is a great one to a bookmark, check back with. There’s going to be a lot of these and it’s going to apply to a lot of people in these countries and of course, if you haven’t already done so, subscribe to the weekly newsletter. Get these stories emailed directly to your inbox every single week. Scott Hardy, I appreciate everything you do. Let’s keep up with this and we’ll check back on these in just a couple of weeks.