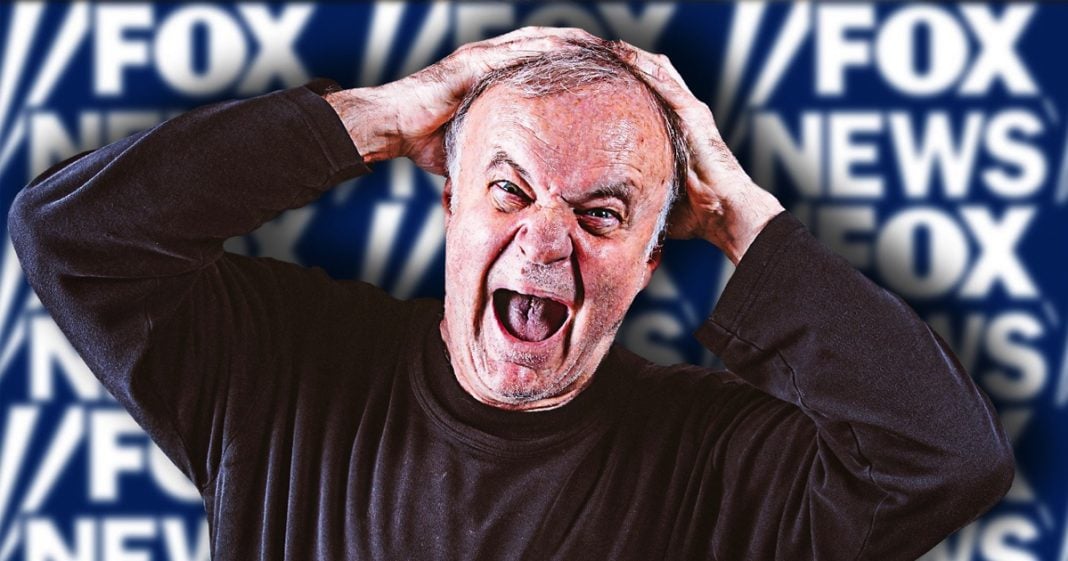 A startling new poll shows that, among all different types of consumers of media, Fox News viewers rank the lowest on the concern scale over the current pandemic. Only 38% of Fox News viewers say that they are concerned about the virus, and this is likely because the network has been treating the entire thing like a hoax or a coup against the President for the past month. Ring of Fire’s Farron Cousins discusses this.

A terrifying new poll came out this week showing that only 38% of Fox news viewers are taking the coronavirus seriously. Now, this was a poll put out by the economist and yougov and it found not only is it just 38% of Fox news viewers who think it’s a big deal, but that is actually the lowest number out of any other media consumer here in the United States. Here are the full numbers, MSNBC viewers, 74% are taking this thing seriously. National newspapers, 72% of the readers of those papers say, this is something we have to take seriously and we should be concerned about. CNN is 71%. Broadcast news is 68% that’s your ABC, CBS and NBC national news. Not the local news programs, is 68%. Local news programs, 57%. Radio, 49%. Fox news, 38% and radio news by the way, is also dominated by conservatives. So that’s likely why that number is also under 50%. But folks, this is dangerous and not just to the country as a whole, but Fox news needs to look at this number and think, oh crap, because Fox news viewers skew older. I mean, that’s their winning demographic is the demographic is that 65 plus and those are the people most susceptible to the coronavirus. The people most likely to die if they contract the virus.

Fox, that’s your audience out there. These people could die from this thing and you’re sitting there trying to convince them it’s not a big deal. You let the president come on your network and call it a hoax. You let Devin Nunes come on there and tell people, hey, still keep going out to bars and restaurants. Do whatever you want. We don’t care. You’re sitting there blaming young people on the Five. Dana Perino the other day saying, it’s the young people doing this thing. No folks, it’s the old people. It’s the elderly. They are the most at risk and Fox news is trying to convince them that everything is fine. You have absolutely nothing to worry about. I mean, what happens if a couple million elderly folks in this country die from this virus, which is currently the projections by the way, not just what happens in this country. But Fox news needs to start looking inward and saying, what happens to us?

What happens when our entire audience is in the ground? Hell, what happens to the Republican party when your biggest part of the electorate has to go out and start doing coffin shopping? That doesn’t bode well for your party’s future and I know the Democrats are headed right there in the same boat too. But even more importantly, what happens when your negligence gets more and more people infected? What happens when your bogus talking points about this being a hoax or some kind of coup against the president results in this thing spreading even further? I have to imagine there’s going to be a least a little bit of liability there for your network. So you better be careful what you say because you are giving people false information. You are giving people misleading information and that is absolutely going to lead to this virus spreading even further and faster than it otherwise would have. Fox needs to be careful because not only is their audience at stake with this virus, but so is a lot of their money if a good lawyer can prove that they’re liable for all of the destruction they’re causing.