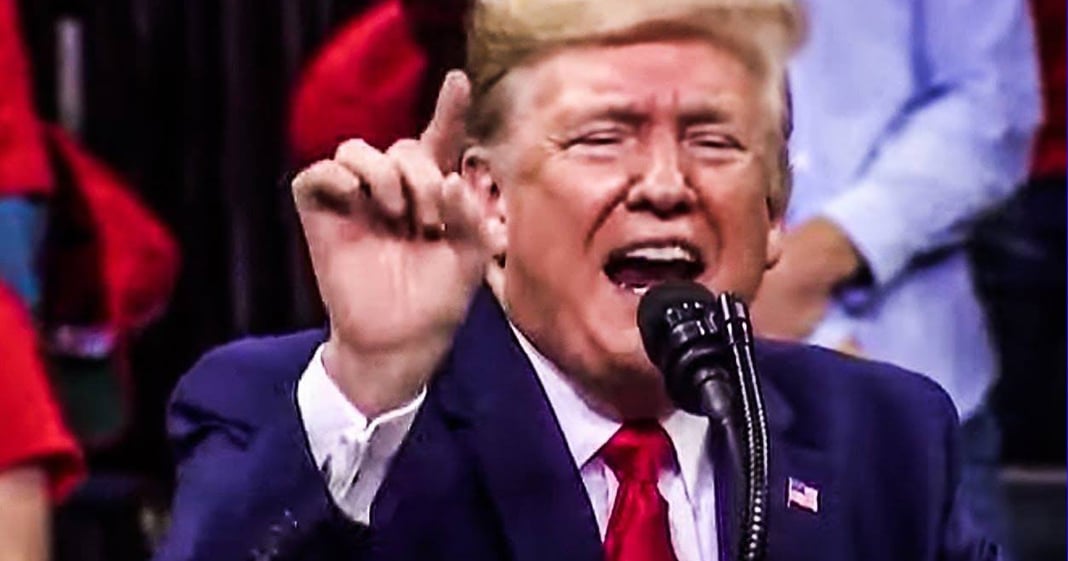 In a bizarre turn of events, 55% of the country in the latest round of polling now say that they APPROVE of Trump’s handling of the Coronavirus outbreak, a stark reversal from just a few days ago. There are several reasons why the public opinion could have shifted, and Ring of Fire’s Farron Cousins attempts to make sense of this truly frightening reversal.

As the number of coronavirus cases here in the United States has now surpassed 10,000 a new poll shows that the public thinks everything is going pretty darn good. According to the latest ABC news poll, 55% of people in this country now approve of the way that Donald Trump has handled the response to this pandemic. 43% disapprove, 55% approve, and that’s actually a complete reversal of where these numbers were just one week ago. Now, earlier in the week, we had seen one other poll that showed a majority approving of how the president was handling this and at the time I said, well, this poll is probably an outlier. You’re probably not going to be able to replicate these results in another poll and damn it, if ABC news didn’t go out there and replicate those same results, making me look like a complete fool. But to be honest, other polls confirming this doesn’t make me look like a fool.

It makes the American public look like fools right now. What has this man done that you think is like, heck yeah, that’s, that’s good? That’s what we should be doing. What has he done folks? The man has done nothing. He goes out there every single day up to and including Thursday and Friday of this very week and lied about it. He lied. He lied to your faces, you people, and you still look at that and you can do your little clap and you say, wow, I approve of this. Wow, he’s really good at this. He’s going to be sending us checks. Yeah, we don’t even know if there is going to be a bailout for American workers because of all the bickering happening, happening right now in DC over this. We do know for a fact that bailouts are coming to massive industries who mismanaged their own money, but we the average American citizen or waiting with bated breath trying to figure out if we get anything or if it’s all just going to go to companies who are already pulling in billions.

They’re just not getting their billions this month, until the government bails them out. Donald Trump has not done anything worth praising with his response to this. He has hinted, hinted at doing things that are worthy of praise, like taking over the means of production so that companies can’t price gouge. That would be awesome. He’s talked about it. He hadn’t done it, but he’s talked about it, so you can’t give him credit for that yet. You know he’s talked about extending paid sick leave every American worker. Hell yeah, that’d be awesome. He hasn’t done anything about it, but he’s talked about it. He’s talked about sending us each checks said he likes that idea and then he moved on. Folks, I’m not just saying this as somebody who hates Donald Trump and believe me, I do hate him. I’m saying this as somebody who’s looking at this rationally. Stop being hoodwinked and fooled by somebody who just says, hey, we could do thing and maybe I will it start looking at it as what they’ve actually done.

Is there anything in Donald Trump’s history that seems to suggest that this man is going to go full blown progressive in a time of crisis? No. No, there isn’t. Now he may considering it’s an election year and you also have to keep that in mind. He’s not doing it because he cares about you. He’s not doing it because he wants you to be okay. He’s doing it because he wants to buy your vote. And if these numbers keep going up, if people keep approving of the shitty job he has done with the response to this, then you can guarantee that it wouldn’t matter who the Democrats put up in November because the public isn’t smart enough to recognize that they just got conned again by Donald Trump.