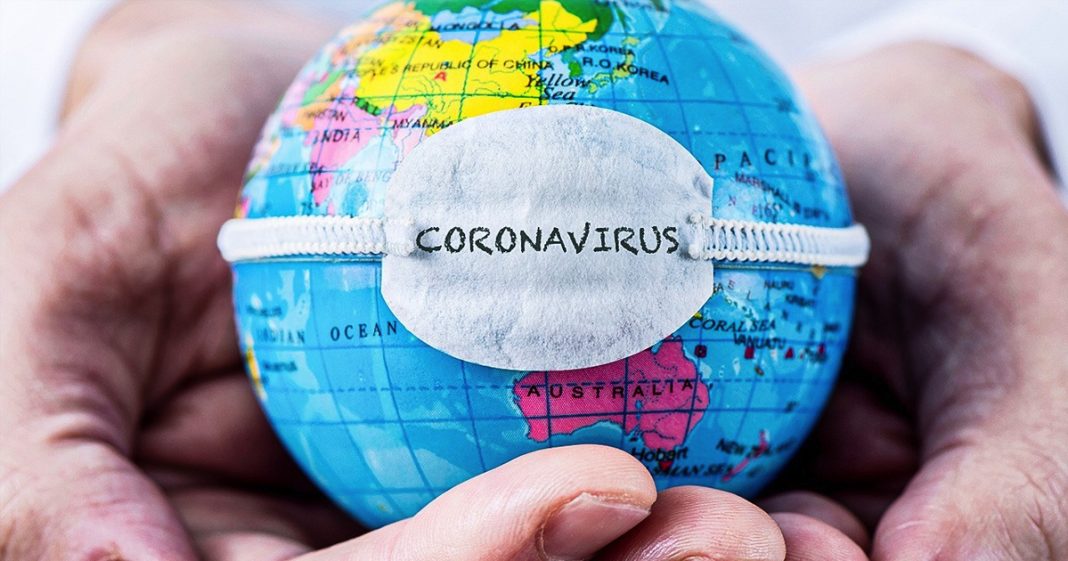 The response to the coronavirus in the United States and the rest of the world has showed how ill-equipped we are to handle a crisis, even if we could see it coming. We should take this as a serious warning about how unprepared we are to tackle the growing threat of climate change. In both cases, we ignored the warnings, ignored the scholars, and didn’t act until it was too late. Ring of Fire’s Farron Cousins explains the similarities between the two catastrophes.

Last weekend I sent out a tweet saying that the coronavirus, the response to all of this, is really just a good practice run for what’s going to happen with climate change. And we as a country, we as a planet have failed. We did, we absolutely failed. And then a couple of days later I was, I was really shocked to see scientific American, came out with an article that said the exact same thing. It said how COVID-19 is like climate change and this article was written by someone who at the time was sequestered, a writer for scientific American who had been exposed to the virus. They had been tested, they were sequestered in their apartment while they were writing this. They did not yet have their test results back. They may have them now. I do not know. But either way they got to thinking about this as well in the same way that I did.

And they came up with a lot of the same points that I’ve been thinking about and I think this is something that everybody really needs to wrap their heads around. Right? We are 10 and a half years away, probably less than that now from the worst, most irreversible effects of climate change, if we do not take action before that. If we do not listen to science, we’re in a lot of trouble. If we do not listen to the experts, we are in a lot of trouble and if we wait for the bad things to happen before we take action, it’s already too late and that’s exactly what we did with COVID-19. We saw the warning signs, folks. We heard the experts out there back in December telling us this could be a big deal. Take precautions. The first case here in the United States was reported on January 20th and this administration didn’t take it seriously. They didn’t want to listen to scientists.

Instead, Donald Trump listened to people like Jared Kushner and Sean Hannity and Tucker Carlson, who at the time were also not taking this seriously. They thought the whole thing was a hoax. They thought it was overblown. So we as a country did not take the necessary precautions. We did not order the testing kits. We declined that from the world health organization. Thanks, but no thanks. We did not order the ventilators. We did not start working on medicine for it until it really, really hit here in the United States with thousands of cases. So then what happened? Pandemonium. The stock market started tanking and every time Trump went out there trying to tell us, hey, things are going to be okay. The stock market tanked even further. The Democrats in DC don’t know how to react, but that’s a story for a different day. The public is freaking the hell out. Half of them are sequestered up in their bedrooms. The other half are acting like, hey, it’s the end of the world. Let’s go out and party anyway. They’re going to grocery stores. They buying up all the damn toilet paper and everything that you could possibly find in a grocery store to where we see empty shelves. Everybody’s freaking out because we didn’t take it seriously at first. Now, just imagine, just imagine if it wasn’t a virus with a 98% survival rating.

But imagine it’s sea level rise instead because there is no amount of toilet paper you can stock up on folks that’s going to save you from sea level rise. You can’t lock yourself in your home for three weeks and hope that climate change and hurricanes and wildfires and floods, will just go away while you’re sequestered. No, you’ll, you’ll die if you do that. This coronavirus outbreak showed us here in the United States how incompetent we truly are and we all have to realize that. What we also have to realize there are other threats right on the horizon as well. Threats we have been warned about for decades and we have done nothing. Think about that for a second, folks, we haven’t done anything to address climate change as a country. Nothing. There is not a single piece of legislation that has passed through the House and the Senate and been signed by any president of the United States to address climate change. Not one, not one.

And that’s even after eight years of Obama as president and two years of Democrats controlling the House, the Senate and the white house, still not one, not one. All of the decent regulations Obama put in place to help reduce, reduce emissions, those are gone. We are moving backwards on an issue and if you thought the pandemonium and public panic and inept government response to coronavirus was bad, then oh boy, wait till you see what happens when climate change gets here. Because it’s already here and we’ve already seen how horrible the government response to that. We have seen the public panic from that, from fires, from floods, from hurricanes, from all sorts of natural disasters that have been linked to climate change or made worse by climate change. We’re not ready and at this rate, I don’t believe for a second that we ever will be. And that is what is truly terrifying about all of this.