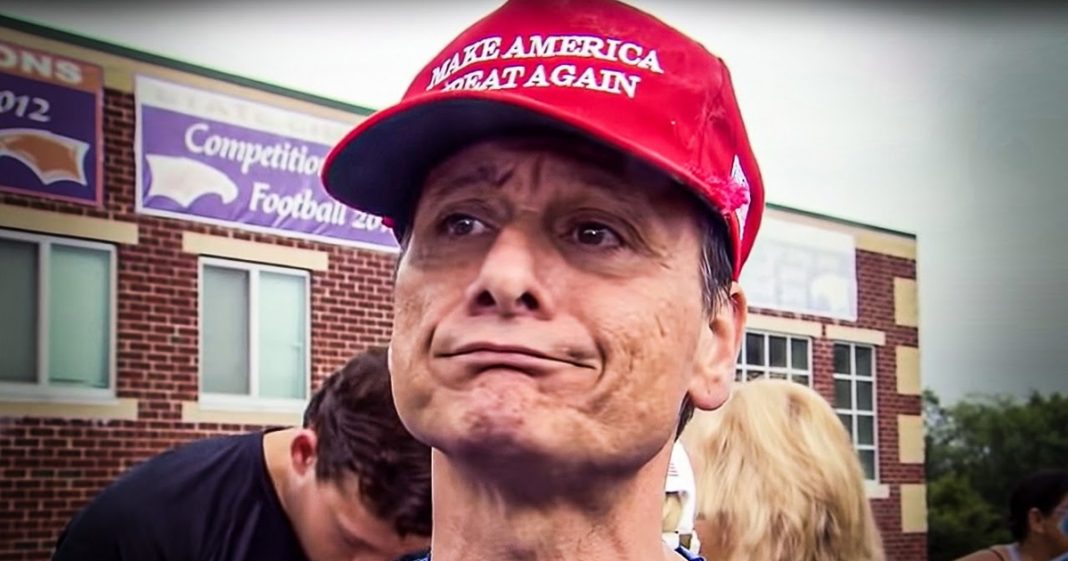 According to a new poll, only 30% of Republicans say that they’ll actually listen to the advice of doctors to stay away from large, crowded areas. This is how these problems become exponentially worse than they should, and this is, unfortunately, all too common in America today. Ring of Fire’s Farron Cousins discusses what this will mean for America.

Well folks, here’s a startling new statistic for you, 30%, that is the number according to a new poll from NBC news, that is the number of Republicans in this country who say that they actually will listen to the advice of doctors and scientists and avoid crowded places during the coronavirus outbreak. Only 30%, a little under one third of Republicans in this country say, wow, the doctors, the scientists, the people who went to school for nearly a decade to learn this kind of thing, I’m going to listen to them and 70% of the Republican party says, uh-uh, you ain’t gonna, ain’t gonna fool me with your learning books and your education. I’m going to go out to Chili’s just to spite you and sadly enough, that’s actually what a Republican leaders have been encouraging people to do. They’ve been out there saying, no, go ahead, go out to eat, go do all these things that our own scientists that are standing here with me tell you not to do.

Folks, this isn’t a joke. This isn’t a conspiracy. As I have said plenty of times in the past, the early weeks of this, I was skeptical. I’m not skeptical anymore. This is very, very real. And the problem that I don’t think a lot of people truly understand is that, you know, you may be healthy, you may think, well, my body’s in good condition, I can likely withstand getting the coronavirus. I’m not scared. Oh, I’ll go into a 14 day quarantine. Oh no, I don’t have to work. Believe it or not, you do have morons out there thinking that. But here’s the thing folks, it’s not about necessarily just you getting sick. It’s who are you going to spread it to? For example, if I got the coronavirus, I would think likely, you know, I don’t really have many underlying conditions other than asthma and that, you know, is a big risk factor here. But I could probably weather the storm.

But if I contracted it and didn’t know it and I went over to my parents’ house and I infected my father who less than a year ago had his second triple bypass, he’s probably not going to make it. My mother probably not going to make it. My grandmother who they take care of and lives with them in her late eighties she definitely wouldn’t make it and that’s the biggest threat, folks. You may be healthy, you may have no underlying conditions, but you can’t risk giving it to somebody else and it doesn’t have to be a loved one. Maybe you say, well, my parents live across the country. My grandparents died long ago. I’m not going to see them. Fantastic. How many people do you come in contact on any given day, a day? How many of them have compromised immune system? Oh, you don’t know, do you? That’s the problem. You don’t know. But you could be out there coughing, sneezing, touching your face, shaking somebody’s hand, all because you didn’t want to listen all because you thought you knew better. And honestly, isn’t that the most American thing there is? We as Americans, we always think we know better. Nobody can tell us what to do when we got freedom, freedom ain’t free and we end up doing stupid shit like this and spreading a virus all around the country.

To be honest, we’re doing the same thing with climate change, and Republicans are leading the way on that too. Oh, scientists say we should do this. Well, I’m going to do the opposite just out of spite. Just because I’m a free American and I can do whatever I want. They’ve been doing it with climate change for 20 years, and now they’re doing it with the coronavirus. They’re going to get people killed from their stubbornness and their stupidity. That’s not okay. We don’t want anybody to get this. We don’t want Republicans to get this. We don’t want Republicans to spread it. I don’t care if you hate all of the people on the right. We don’t wish this upon anybody. Everybody needs to be smart. Everybody needs to take precautions and everybody, unless you are holding a medical degree and you’ve studied infectious diseases for years, needs to understand you’re not the smartest person. So maybe listen to the smartest people.