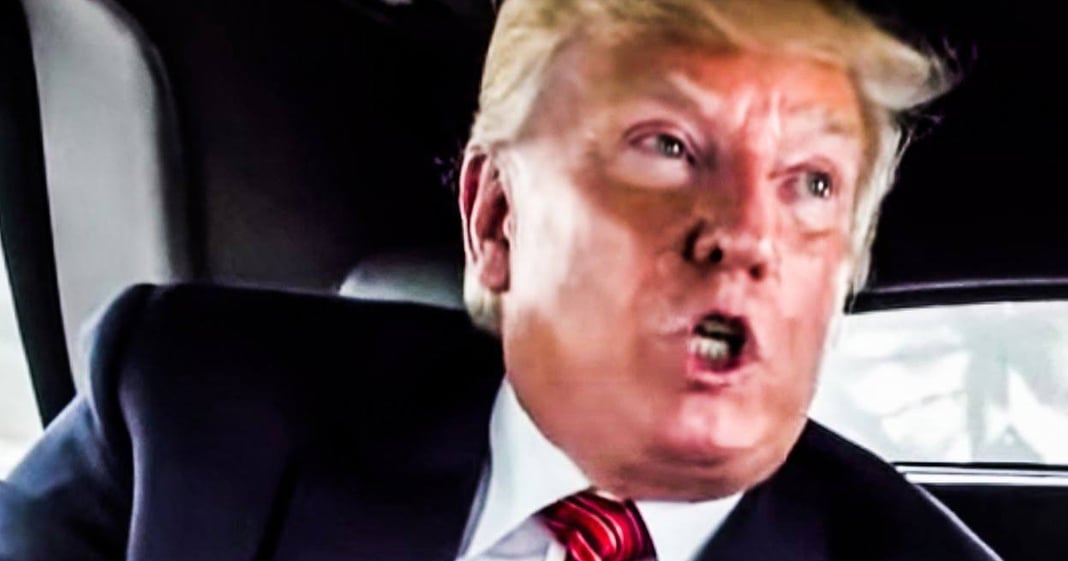 Donald Trump wants to bail out the oil industry. Democrats are squabbling over how much, or how little, relief money to send and to whom to send it to. The truth is that the public needs cash, and corporations can kick rocks. They have had every opportunity to hold onto their cash reserves and they failed to do it. Ring of Fire’s Farron Cousins explains why it might be time to let businesses suffer from their own malfeasance and mismanagement.

You know, it really feels right now, like the two parties in Washington DC, the Democrats and Republicans are kind of fighting back and forth over who can have the worst idea on how to respond to the pandemic here in the United States and who should be bailed out, if anyone. So right now we’ve got a couple of packages in the house and Senate. Some of them include pretty big and generous giveaways for average everyday working Americans. That includes giving them checks, but there’s some caveats and those caveats are actually going to hurt people who make the least amount of money in this country. But then over on the Republican side, at the white house side, I guess I should say, you have Donald Trump who wants to give a $20 billion bailout to the oil industry. $20 billion, which is roughly equivalent to the amount that we already subsidized that industry every year anyway. And he wants to give them another 20 billion because they’re, they’re hurting right now, allegedly. Well, here’s the thing, they’re just not making as much money as they’re used to making. They’re actually not hurting at all. They’re not technically losing money, right? They’re still running profits.

It’s just that price of oil per barrel has decreased a lot. I mean, hell I filled up my gas tank the other day for $2 and 14 cents a gallon. That’s a price I haven’t seen since the early two thousands folks. That was remarkable. I loved it. But they don’t need a bailout because people are still out there buying gasoline, all over the world. People are still buying oil. They’re just not paying as much for it. So Trump wants to come out, spend $20 billion. It’s not going to be a direct bailout. What he wants to do is actually purchase $20 billion worth of oil reserves from them, which we don’t need. So it is actually a bailout, right? It’s just he’s trying to say like, I’m buying this from you for this money. Here you go. Give me the things that I don’t even need. Thank you. You know, to hope that the public won’t notice what’s actually happening, but we’re not morons and we see exactly what’s happening. It’s the same thing folks. We’ve got other industries out there begging Congress for a bailout. Casinos, hundreds of billions of dollars paths pass through casinos every year.

If y’all didn’t put some aside for a rainy day, that that’s on you, right? That is on you. Here’s the thing. The corporations right now that are suffering are suffering because of their own malfeasance and mismanagement, right? Republicans tell us all the time like, oh, well, you should have money put away. You should pull yourself up from your bootstraps. That’s what we did and that’s why, you know, we were able to pay off our student loans because we weren’t foolish with money. You don’t deserve government aid. Okay, we’re talking about corporations that have billions of dollars of cash on hand, and then instead of using it, putting it in savings, saying, hey, in case something goes sideways, here it is. You spend it all on your own stock. Then when the stock market tanks, you just lost all your value. You didn’t save your money and you had enough money to save. It’s not like you were reinvesting it and hiring new people and expanding your businesses.

Salon workers, barbers, tattoo artists, anybody that comes in direct contact with other human beings as part of their job and has to touch them and maneuver them, things like that. That is now too dangerous to do. And I have friends in each one of these industries I have mentioned here, and they are all losing money every single day because they can’t go to work. They haven’t been fired, so they can’t even go collect unemployment. They just, they got nothing. They need a bailout. There isn’t a single corporation, corporation being the key word here that deserves a bailout right now. There are plenty of businesses that do deserve a bailout and I’m talking about locally owned mom and pop, you know, small businesses that need to be bailed out because they are hurting. They’re not part of some big conglomerate that mismanaged their money for decades.

No, these are people who started a business on the corner. I’m going to run a tattoo parlor. I’m going to run a local restaurant. I’m going to run a barber shop. Again, I have friends that run each and every one of these things and they need this money. Their employees need money. We should bail out people and small businesses and end it there. Corporations get nothing. You had your chance, you’ve had your bailouts, but you’re the ones who screwed up. So $0 for you. Let’s help American citizens and I promise you that alone, we’ll put this economy back on track.