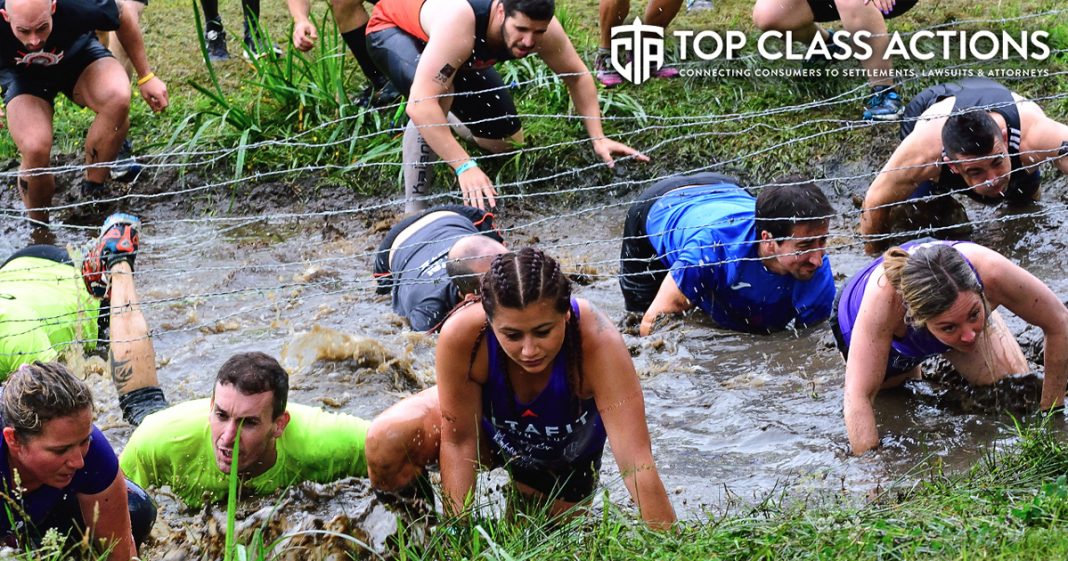 A class action lawsuit has been filed against obstacle race organizer Spartan Race Inc. for establishing a “worthless” insurance scheme. The plaintiff says Spartan Race requires each participant to make an extra payment of $14 which goes towards insurance. Spartan states that it purchases participant accident medical insurance coverage that would provide for “limited coverage” if a participant is injured while racing at an event, the plaintiff claims. The problem is that the purchased insurance is secondary, which means that the racers have to go through their own insurance first to seek coverage for medical expenses, the plaintiff says. Ring of Fire’s Farron Cousins discusses this with Scott Hardy, President of Top Class Actions.

Farron Cousins:                  Spartan races have become hugely popular all over the United States in recent years, and they’ve got these wonderful obstacle courses. It’s a ton of fun. It’s a great competition. But according to a new class action lawsuit, part of the registration fee might also be a huge rip off. Joining me now to explain what’s happening is Scott Hardy with Top Class Actions and Scott, I have never participated in a Spartan race, but I have watched tons of videos. They, they look pretty cool. They look like a lot of fun. If I was a little bit better shape, I probably would participate in one of these things. But this lawsuit says well hold up now folks, because you’re paying a fee to them that really doesn’t do anything at all. Tell us what that is.

But there’s also the racer insurance fee and that racer insurance fee could be about $14, mandatory fee, that you have to pay if you want to race, and they say, listen, this $14 is to cover our butts in case you get injured. Well, they’re not entirely clear on the fact that Spartan, according to this class action, is profiting off of that $14 fee. They’re not just passing through a fee that they have to pay their insurance company. No, this is a fee that they actually get a cut of. So the more people who are insured, the more that they get possibly kicked back to them and or, or they may just be able to get a portion of that fee up front.

And the interesting thing about this mandatory insurance fee is that if you get injured in a Spartan race, your insurance, your personal insurance gets hit first. This is just secondary insurance to supplement whatever you have. So whatever’s not covered by your personal insurance, this one will probably cover. But this class action is all about the fact that Spartan is allegedly making money from this $14 insurance fee and they’re not disclosing that to their participants, which could be illegal.

Farron Cousins:                  You know, this is a good example of a really good idea executed entirely out of greed. Because yes it does make sense if you’re doing these kinds of things, the company does want to make sure that hey, there’s a chance something happen to you out here and if that happens, we don’t want you to come back and sue us because, you know, that, that very real possibility. They could lose a ton of money. So if they had just said, listen, it’s 14 bucks, you do have to pay it, we get nothing from it and it covers you. You don’t even have to mess with your own insurance. If you go out here and you, you break a leg, here’s the info, this is what you do. You’ve paid for it, you’re okay, you’re covered. Goodbye. Have a wonderful race.

But no, you know, we’re going to get a little cut of it. You gotta use your insurance first and pay all that and go through that headache that we’ve all had to go through and then, then this little $14 deal you bought probably will help you out a little bit maybe. Yeah, I mean, this is ridiculous. They could have done it absolutely on the level, but made the decision not to do it that way.

Scott Hardy:                          Yeah, and I wouldn’t be at all surprised if it started out exactly the way you described it. When they started out these Spartan races, they had to get this extra insurance. They went, man, this is, we have people crawling through barbed wire, jumping over logs that are on fire. We need separate insurance to make sure we’re covered. And so it vay, may very well have started that way where you had to pay it. That money went straight to the insurance company. But after a year or two they went, man, we’re spending all this money on insurance. We’re not seeing any claims, or not many claims. You know, most people just get scraped bumps, bruises, those are taken care of by onsite EMT’s and paramedics.

So they probably at some point went, why are we spending all this money for this extra insurance if we can change it, leave that same $14 charge on there but be able to pocket some extra one is profit now? You know that, that might be happening. I might be completely wrong, but I wouldn’t be surprised if that’s the case and if they are profiting on this, they need to disclose it.

Farron Cousins:                  Absolutely, and, you know, I mean Spartan is not an insurance broker and that’s another part of this too. So, you know, you have to be licensed to do that, to take a cut of the fee. There was one point in my life and I’m, I’m glad I moved past it, but I almost became an insurance salesperson here in the state of Florida and that’s actually where this lawsuit originated. There’s lots of rules, there’s lots of regulations, and if you do not follow them to the T, you yourself do end up in trouble and I think that’s part of also what we’re seeing here with Spartan. You know, this is not an insurance company and therefore if they sell this product, they cannot take a cut of it.

Now maybe those insurance laws have changed in the, you know, 15 years ago when I had this very weirdly specific dream of doing this. I don’t think they have though. So, Spartan’s probably gonna end up having to pay something out of this. Or at the very least, if you’re a regular Spartan racer, maybe knock off your next registration fee by 14, 28 how many, or however many times you’ve paid this, dollars.

Scott Hardy:                          Right. We should see a settlement here that’s going to involve some kind of repayment back or credit, as you said, to these Spartan racers. More disclosures so people know that this is not a $14 fee straight to an insurance company. Part of this money’s going into their pockets. That’s probably what we’ll see in the end. I’ll be curious to see how, how hard they fight it because it looks pretty cut and dry.

Farron Cousins:                  Absolutely, and for more information about this issue, please follow the link in the description of this video. Head on over to Top Class Actions and make sure you sign up for their weekly newsletter. It is absolutely one of the best ways to stay on top of stories like this and so many others that matter to consumers. Scott Hardy with Top Class Actions, thank you very much for talking with us.