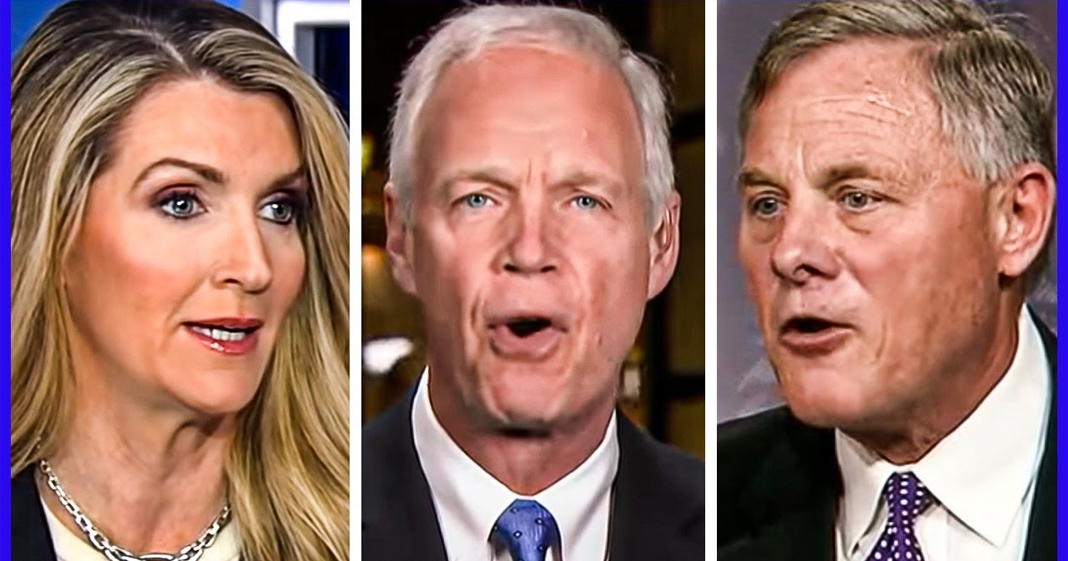 Several Republican Senators, including Richard Burr, Ron Johnson, Jim Inhofe, and Kelly Loeffler, have been busted after they dumped millions worth of stock in the days right before the market crash. They had reason to believe that the market was about to tank because they had both attended a classified briefing on the looming pandemic. These members should be criminally investigated, as these moves are highly illegal. Ring of Fire’s Farron Cousins discusses this.

Richard Burr, Kelly Loeffler, Ron Johnson, Jim Inhofe, those right now are just the handful of Republican senators who we, we have learned about in less than the last 24 hours were all engaged in some kind of inch insider trading scandal, involving stocks they owned, a briefing that they had about the severity of the pandemic and then the stocks that they dumped or in Loeffler’s case purchased after getting this insider information. Here’s what we know so far. Let’s start with Burr. He was the first one who had a story come out about him and it’s because Burr dumped roughly one and a half million dollars worth of stock after he was in that classified intelligence briefing in the Senate where they were warned extensively about how bad the pandemic was going to be here in the United States. Burr dumped all his stocks about again, one and a half million dollars worth, and then a week later the stock market crashed.

But in Loeffler’s case, Loeffler didn’t just dump a bunch of stock. She did dump a ton of stock, but she also purchased some and some of the stock that she purchased, possibly upwards of $250,000 worth because Loeffler is the richest person in the Senate. She bought stock in a company called Citrix. If you’re not familiar with Citrix, I’ve actually used it before. It is a teleconferencing software. So you know, when we have a country where everybody’s having to work from home, Citrix is making a lot of money and now, so is Kelly Loeffler, who by the way was not elected. She was appointed to fill the vacancy left by a retiring Republican and her husband also happens to be the CEO of the New York stock exchange. The woman is worth about half a billion dollars and never passes up an opportunity to add a little bit more money to that honeypot.

Jim Inhofe sold roughly $450,000 worth of stocks after this classified briefing and Ron Johnson, roughly the same and Johnson, this was actually surprising. That dude’s got an estimated net worth of about $36 million, and he’s sold up to 25 million, at least 5 million, potentially up to 25 million. So we’re talking about a bunch of Republican senators who were all millionaires anyway. Some of them closer to being a billionaire, and they’re all just selling their stocks after they have this classified briefing, some as Loeffler I pointed out, buying stocks. They also at the same time are out there telling their constituents, don’t worry, everything’s going to be fine. You have nothing to worry about. Nothing bad’s going to happen here in the United States. So they’re lying to their constituents. They know how bad the problem is. They understand this will tank the stock market. So they dump all their stocks, all this money while lying their faces off to the American public.

Each and every one of these senators should resign. They should also be forced to resign because of these scandals. So, you know, these are people who already shouldn’t have been in the Senate. Let’s be honest here folks. These people are some of the worst members of the United States Senate and now we’re finding out that they likely engaged in criminal activity. Can we be done with them? Can we get rid of them? Might this finally be the straw that breaks the camel’s back, at least in the case of Jim Inhofe, a man who has singlehandedly been holding up a meaningful climate legislation for over a decade. Yeah, let’s get that moron out of the Senate immediately and if it takes a criminal probe to do it, then let’s do it. But each one of these people betrayed their office. They betrayed the American public and they have to go.

And in Loeffler’s case, she was never even picked by the public to be there. So it is way beyond time for her to get the hell out of Washington DC. This is obscene. This is likely criminal and when you have even people on Fox news calling for these individuals to step down, this isn’t something that’s going to blow over folks. This isn’t something they’re going to be able to whitewash, even though Loeffler herself has been trying to do it. And I’m sure she’s got enough money to go out there and run a very nice PR campaign, but it’s not going to work. Right now Americans are frightened. We’re losing our jobs, we’re losing our income. Our lives are being turned upside down, and these Republicans, when they knew how bad it was going to be for us, thought only of themselves and their wallets, and they did everything they could to take care of themselves while, while lying to us about what was really going to happen. That is inexcusable, and every one of these people should be stripped of their office and hopefully sent to jail for quite a long time.