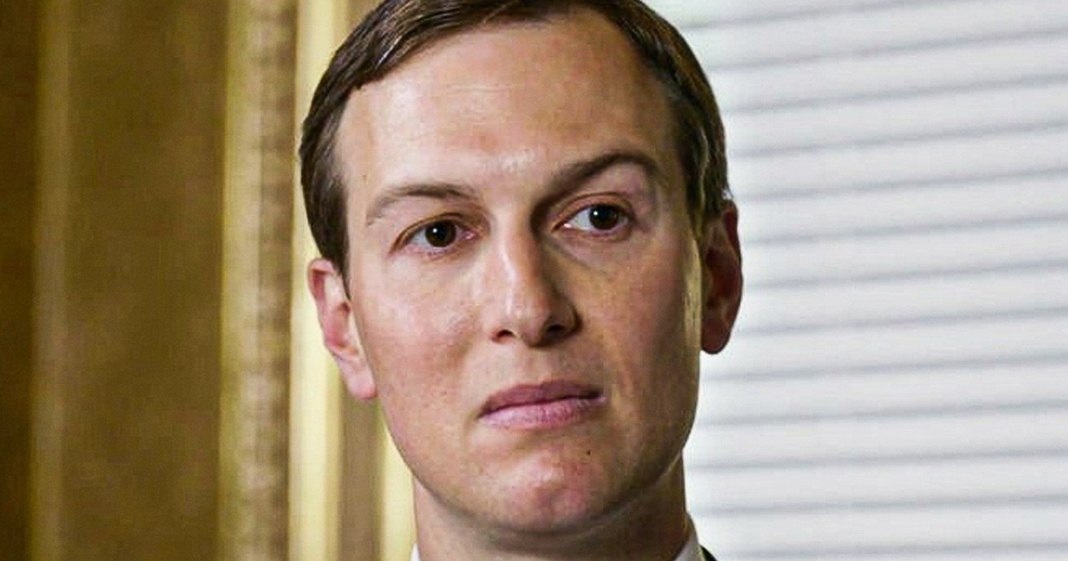 Jared Kushner has been running a “shadow” task force to deal with the viral outbreak, and no one can quite figure out why this is happening. In addition to apparently creating a lot of confusion inside the White House, this move is also leaving the public scratching their hears. If Pence is running the Coronavirus response, why does Jared have a separate team and what are they even doing? Ring of Fire’s Farron Cousins discusses this.

According to reports this week, Jared Kushner has apparently started a shadow task force to help deal with the coronavirus and unfortunately nobody is quite sure why this is happening. Right? I mean, we have Mike Pence who is heading up the official white house coronavirus task force. They are giving us our daily briefings. Hell, Donald Trump is out there giving his daily briefings on these things. So what the hell is Jared Kushner doing? Why is Jared Kushner involved in any of this? Jared Kushner is the guy who convinced Donald Trump that this thing was no big deal, that the media was overhyping it and that it was going to be gone in just a couple of weeks and then Trump came out and repeated those insane talking points and then he grew furious with Jared Kushner for giving him such horrible advice. That story came out earlier this week and now we find out that in the midst of all of this, Jared Kushner is somehow running a shadow task force, allegedly at the instruction of Mike Pence.

None of this makes any sense whatsoever, but again, that’s kind of what we’ve come to expect from the Trump administration. The only thing that makes sense is that nothing makes sense and for folks in the white house, this is causing a lot of confusion because they don’t know who’s actually in charge. Do we report to Jared Kushner about this issue or do we, do we report to Mike Pence? Do we take orders from Jared Kushner or are these just suggestions? Are these things we have to do or things that we can ignore? Do we have to tell Mike Pence these things? They don’t know what’s going on now. All this has done is create a lot of confusion and confusion is the last thing you want when you’re dealing with a global pandemic, but that is exactly what this administration has created. Let’s reiterate for those who may have forgotten.

Jared Kushner has absolutely no medical training whatsoever. Jared Kushner has absolutely no understanding of science that we can discern. The man’s in real estate and he’s not even very good at that. He is a shyster, he is a huckster. He is a fraud and he’s currently being sued by quite a lot of current and former tenants for being such a bad landlord. So we should not trust him one bit whatsoever when we’re dealing with a global pandemic, especially considering the fact that the virus has now infected more than 10,000 people here in the United States with that number climbing by the day. This administration’s response to the entire thing has been abysmal and yet somehow, unfortunately a majority of people in this country actually approve of his handling of this. Just wait til they see how Jared Kushner responds. I’m pretty sure those numbers are going to start falling immediately once Kushner becomes the guy in charge because as we’ve seen repeatedly throughout this administration, Donald Trump is willing to sweep Mike Pence over to by the wayside in favor of other people, which includes Jared Kushner.

Kushner in spite of all his incompetence, has the ear of the president and is able to convince him to do things. Often things that end up not quite working out well for anybody, but here we are, and this is the administration that we have to deal with. The idiot Wonderboy, Jared Kushner is apparently behind the scenes, the one actually running the coronavirus response, and that shouldn’t leave anyone in this country feeling good about the chances of survival.