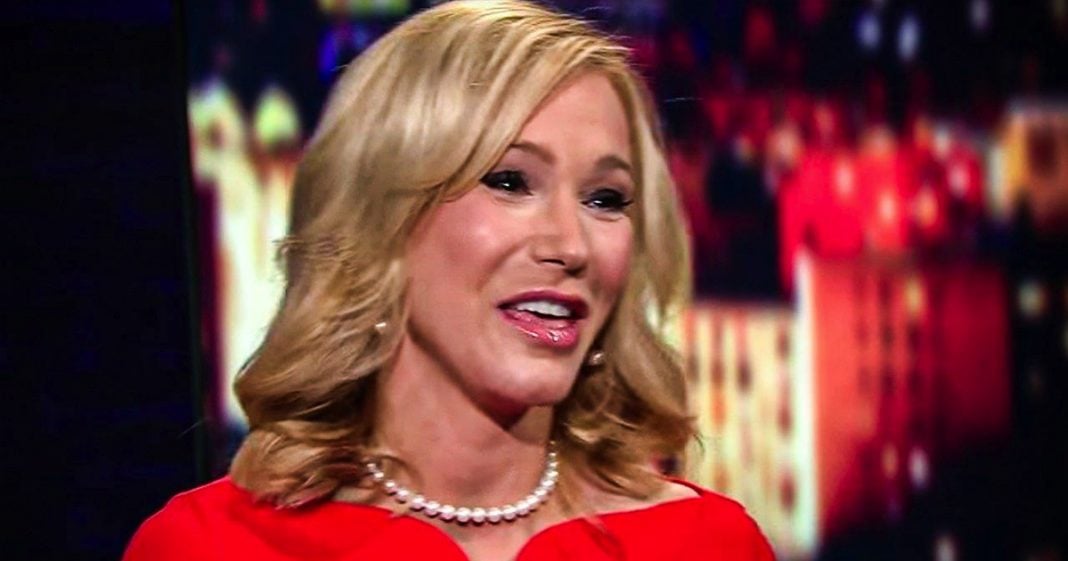 Donald Trump’s spiritual advisor Paula White is asking people to send her money because she wants to fund a “Coronavirus hospital.” Except that it isn’t a hospital in a traditional sense; it is just her ministry. She claims that her ministry helps to heal the sick through the religion, so in a way that’s like a hospital. That’s not how this works, and White will be lucky if she doesn’t end up sued over these claims. Ring of Fire’s Farron Cousins discusses this.

Donald Trump’s spiritual advisor, Paula White, wants people to send in money because she is beginning a hospital for people with coronavirus. Now that is an admirable cause, right? I’m building a hospital, Paula White tells us, to help treat people who might have the coronavirus except then she goes on to explain in a little video that she’s put together that it’s not a, not a real hospital though. Okay. It’s not, it’s not going to be an actual building. There’s not going to be medicine or ventilators or even testing supplies or, you know, not even needles or anything like that. Her hospital is in fact just a part of her ministry that she wants you, the viewers, the supporters to give her money for because she just wants to expand a little bit and she explained it as follows. She said, we are a hospital to the sick but not necessarily the physically sick. We are a hospital for those who are soul sick, those who are spiritually sick.

And then she makes her little pitch for the seed money, which she says you should start by giving $91. You know, because of Psalm 91, which talks about, you know, being saved from deadly pestilence and plague. And apparently that’s what she’s gonna do with this new ministry that Ms. White is trying to get you to finance. Now, Paula White and her ministries, they’re not hurting for money whatsoever. The woman is a multimillionaire. If she wanted to expand her ministry, she could do it. Hell, if she wanted to actually build a hospital, she could probably do it and if she couldn’t, you know who she could call, she could call her good buddy, Kenneth Copeland. Kenneth Copeland was out there yesterday telling his followers that even if you’ve lost your job because of the pandemic in the United States here, that does not exempt you from having to send in your tithing’s to his ministry.

You still have to send in your money, folks, Kenneth Copeland says, the man who is worth $760 million. These folks are frauds. Let me go ahead and put it to you this way, folks. If your pastor, your minister, priest, or whoever, if their church services are broadcast on national television, that person’s a fraud. I’m sorry, but that’s a good litmus test, right? If you go down to your church on the corner and it’s just the same minister, same pastor or priest or whoever it is that’s been there for 20, 30 years and you don’t ever see them on TV, but you do see ’em out in the community actually helping people contributing, giving back. Yeah, those folks are okay. And if you’re able to send in your tithing’s to them, absolutely do it if that’s what you feel is necessary.

But when you see these preachers like Paula White or Kenneth Copeland or any of these other folks, some that have their own fricking TV networks, they don’t need a dime of your money. Do not ever send them cash. Do not ever send them a check. Do not send them a monthly debit directly out of your bank account. They’re doing just fine and they have not helped a single person on this planet. They are charlatans, they are frauds and they better hope that religion isn’t real because if it is, each and every one of them is going to spend the rest of eternity burning in that place they claim to be able to save you from going to.