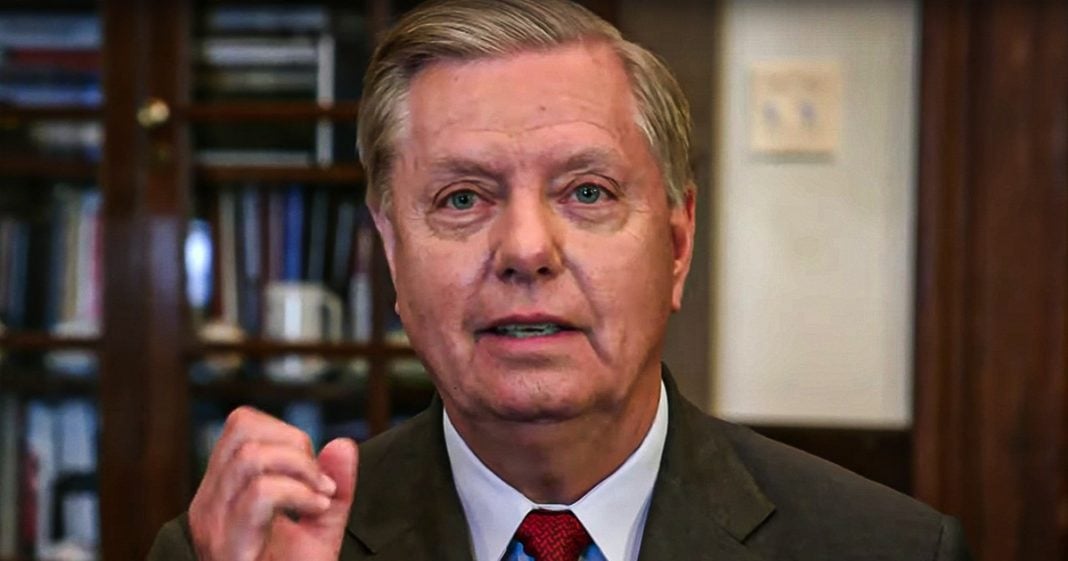 The Senate is currently working on a piece of bipartisan legislation called the EARN IT bill, which would effectively allow the government to shut down or sanction any tech company that doesn’t allow the government the ability to read electronic messages sent by Americans. This is being done in the name of national security, but the truth is that the biggest threat right now is coming from the government itself. Ring of Fire’s Farron Cousins discusses this.

Here’s a terrifying piece of news that I don’t think has been reported on really by almost anyone out there other than the electronic frontier foundation. I came across this story yesterday and when I came across it, it was already one week old, but here it is. Right now the Senate is working on a bill called the earn it bill and I’ll just read directly of what the electronic frontier foundation has written about this. The so-called earn it bill sponsored by senators Lindsey Graham, Republican of South Carolina and Richard Blumenthal, Democrat of Connecticut will strip section 230 protections away from any website that doesn’t follow a list of best practices, meaning those sites can be sued into bankruptcy. The best practices list will be created by a government commission headed by attorney general William Barr, who has made it very clear he would like to ban encryption and guarantee law enforcement legal access to any digital message. In effect, according to the EFF here.

What this earn it bill would do that has apparently bipartisan support in the Senate, folks, would allow, the federal government, would allow law enforcement agencies access to any message sent digitally in this country, whether it’s a Facebook DM, a Twitter DM, an email obviously, something on WhatsApp, any of these devices where you can send a message to another human being would be subject to law enforcement eyeballs, according to the earn it bill. Now Blumenthal came out and he said, no, no, no. Listen folks, we didn’t even include the word encryption in there. So of course, you know, if it’s an encrypted message like with WhatsApp, we’re not going to be able to get our hands on that. Except that’s not true whatsoever because the earn it bill doesn’t have to mention encryption because it puts all of the authority to the attorney general, which is William Barr and his 19 member advisory board, which will be made up of law enforcement officers throughout the country.

So if they determine that, yes, in fact we do need to get our hands on encrypted messages, that’s immediately going to take effect. There is nothing we can do to stop that once they have passed this piece of legislation. Now luckily given the current pandemic happening here in the United States, the earn it bill has technically been put on a little bit of a hold, obviously. But it is not dead and it is not going anywhere and as soon as the Senate is able to focus on this, again this is what they are going to do. They are driving us directly into a full blown 1984 Orwell style police state and nobody’s even talking about this. This is an important story. This is a very real piece of legislation that if you are on any app or you use email does in fact apply to you.

People need to be aware of this and we need to stop it. The electronic frontier foundation actually has a call to action on their website. Find the link in the description of this video, go to it and demand that your senators do not support this piece of legislation and they allow it to die in committee before it even ever comes out for a vote. Because this is a significant violation of our privacy here in the United States. It is a violation of the constitution itself, and it is a gross expansion of the surveillance powers that our government has been working to expand ever since 9/11. We have to put an end to this. This is not okay, and the constitution is on our side on this particular issue. So again, follow that link. Put your name on there and let your senators know, this is not something you will ever be okay with.